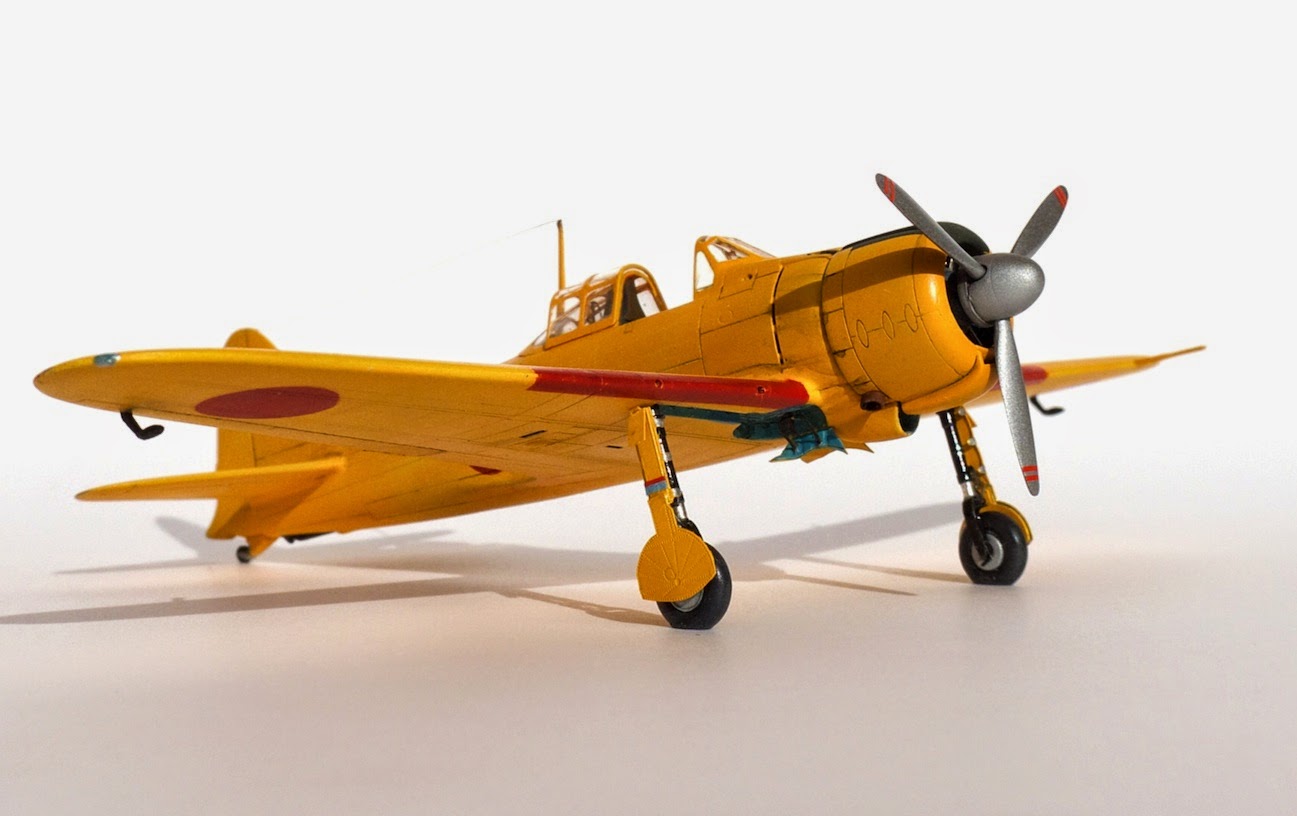 Danilo Renzulli very kindly sent these images of his stunning Hasegawa 1/72 Mitsubishi A6M2 Zero finished as カ-103 of the Kasumigaura Kokutai in overall trainer yellow. Danilo added a few details to the cockpit and positioned the canopy open contrary to his usual practice as he thinks an open canopy breaks the lines of an aircraft. The sliding and rear sections of the canopy were taken from the Tamiya kit as he had spoilt the original. 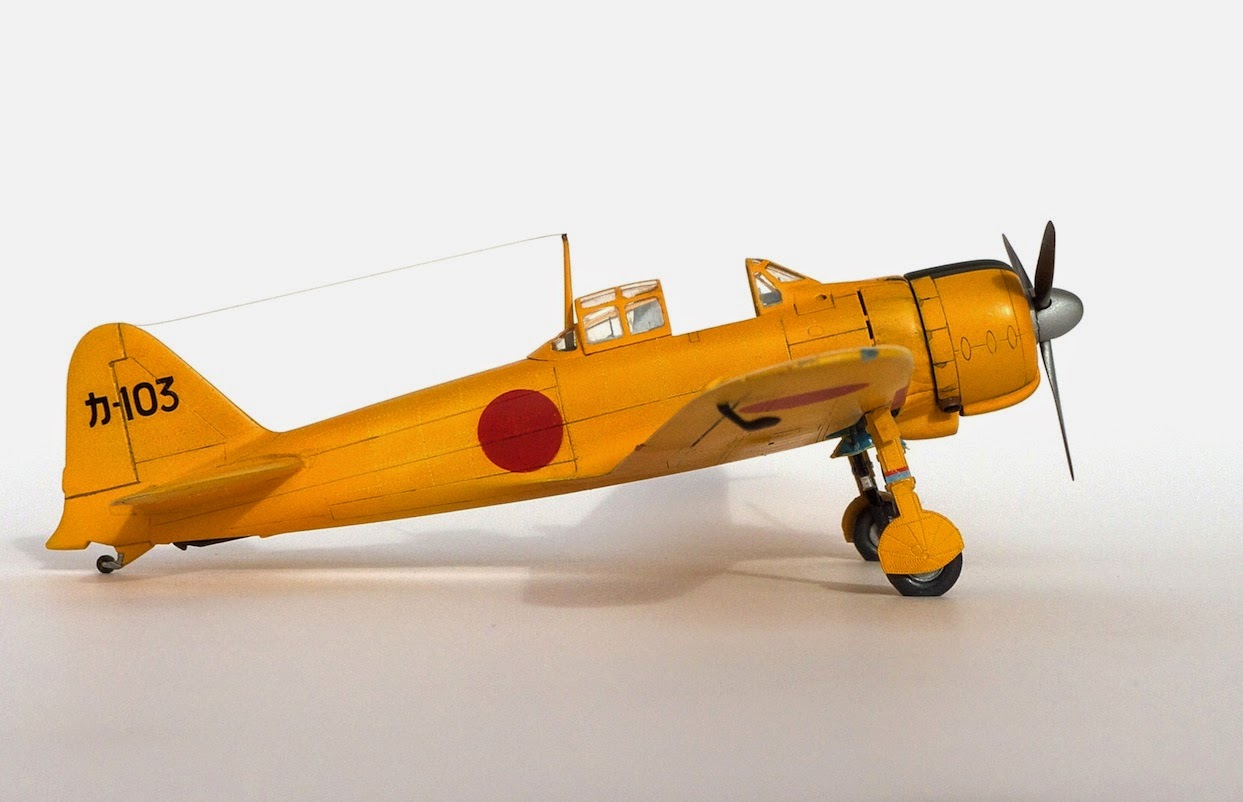 Danilo used Humbrol paints and notes that the orange yellow is a warmer shade than it appears in the photos here. From the photos he studied it looked as if the inner side of the wheel covers was the same as the external color, so he painted them orange yellow as well. The prop was painted with Alclad aluminium. The tail code was made up from different decal sheets and the 'no step' red lines are transfers. 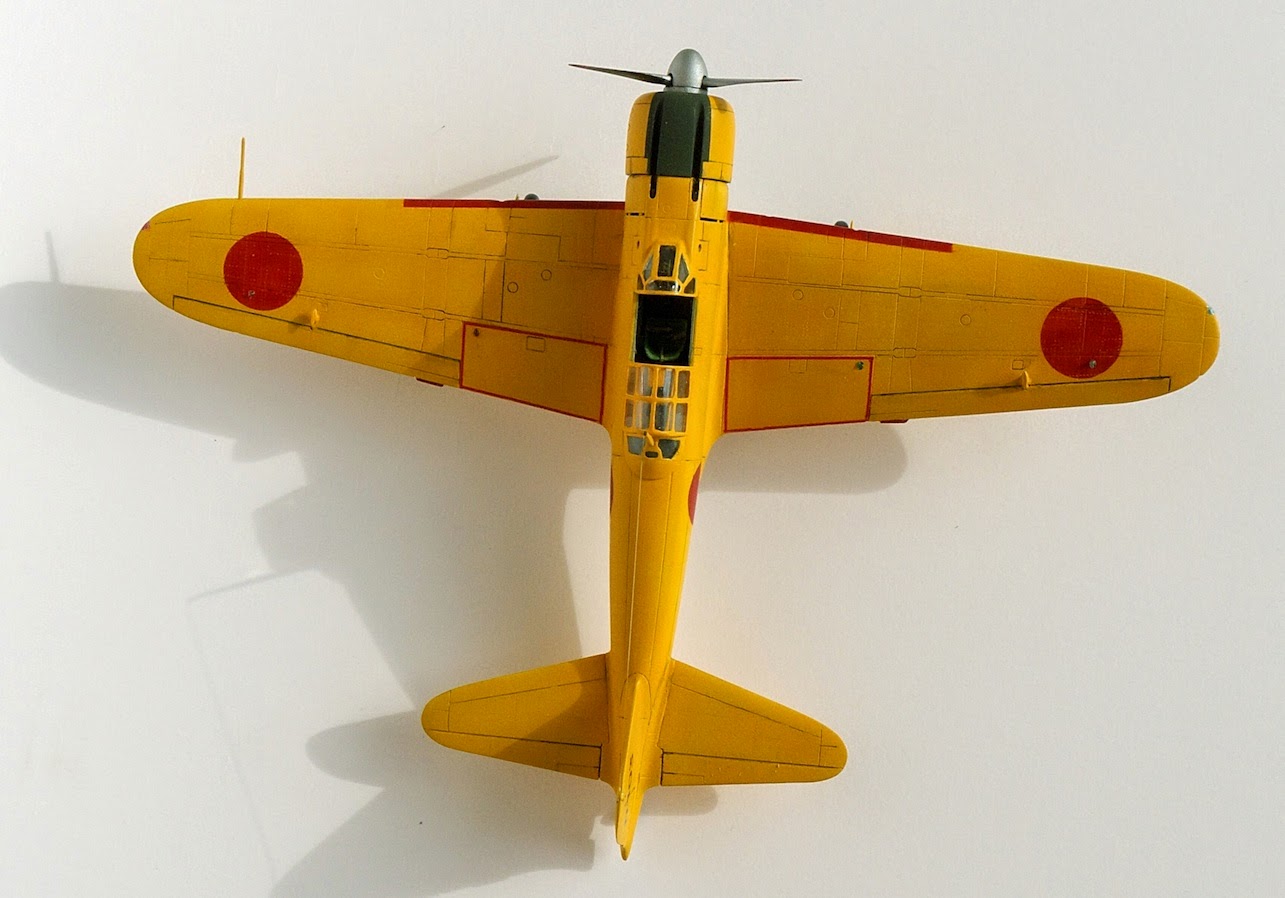 Danilo added the position lights on the wings by drilling a small hole filled with Kristal Kleer liquid - once the first drop had dried he added a second one to build the profile. He then painted the drops with diluted acrylics. The Hinomaru were masked and airbrushed. Danilo did not apply any protective varnish as he had discovered that rubbing a cotton bud dipped in rectified petroleum over the paint surface gave it a slightly gloss finish. 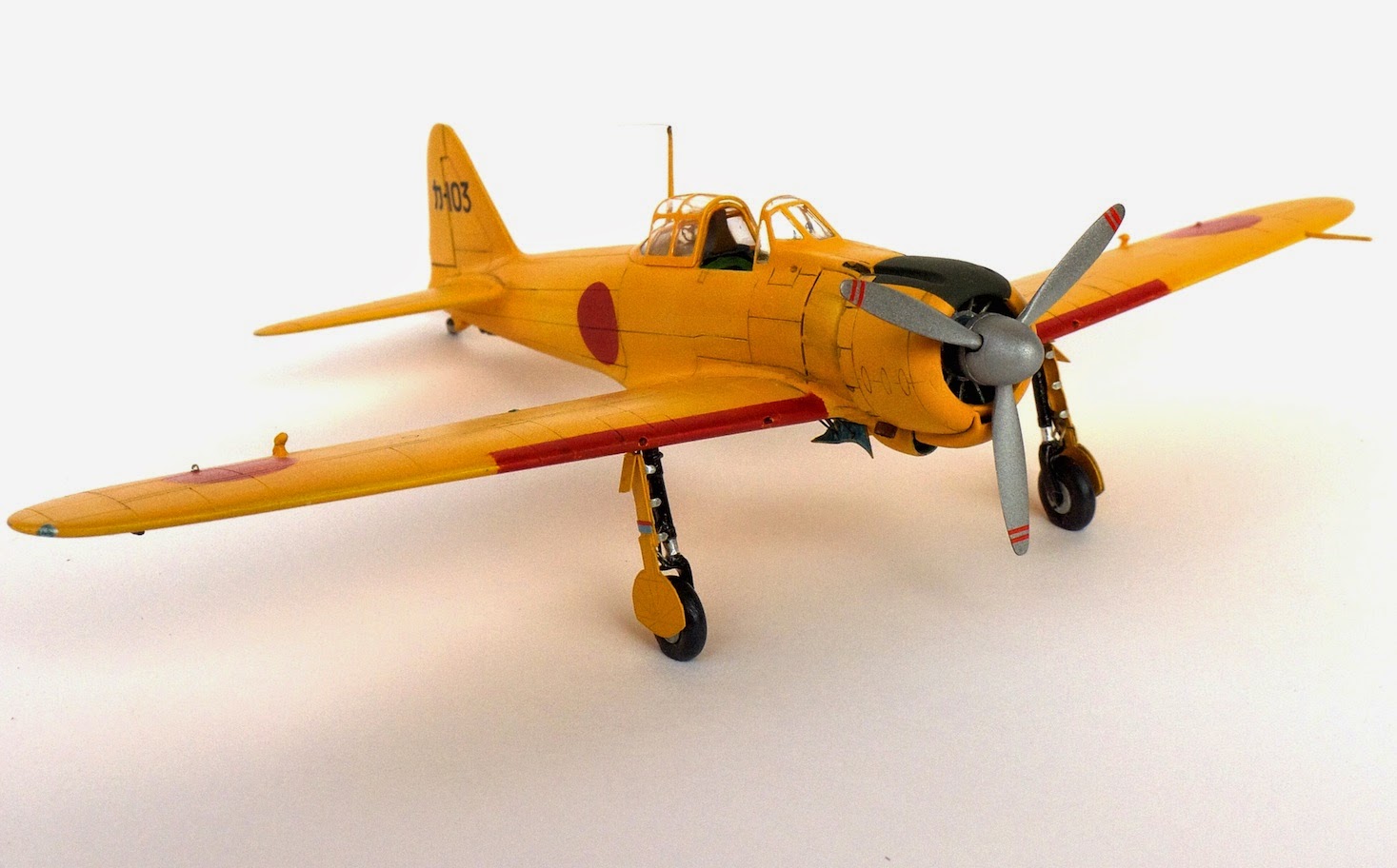 The model was painted more than once as Danilo had some problems applying the enamels. At first he airbrushed the model with no primer coat and this resulted in a very greenish orange hue due to the kit's grey plastic. Preserving the interior painting in the process of  paint removing wasn't so easy! 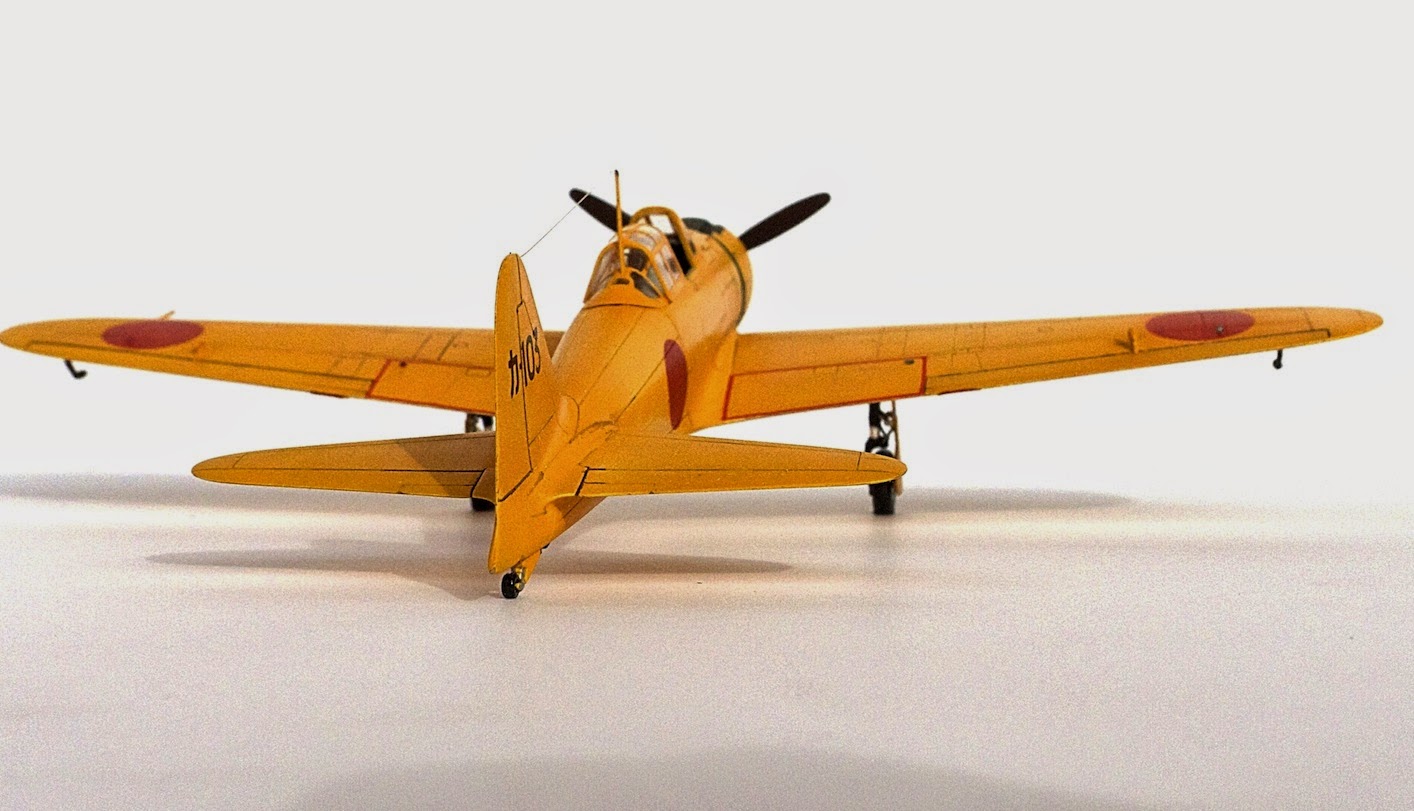 The colours of カ-103 have been variously interpreted in profiles, kits and models. The aircraft was re-painted as B-103 to participate in a wartime movie about the Pearl Harbor attack and the colour has been reported from memory as 'grey' (gurei -グレイ) but it is not confirmed.