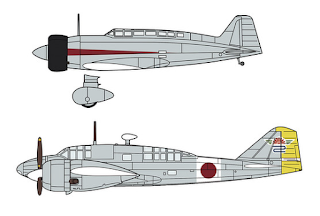 In other news, more Japanese subject kits are planned for release this summer. Most seem to be re-releases of older kits in new presentations. In 1/72 scale Hasegawa will release a combo 'Recce Set' kit of their Mitsubishi Ki-15-I Type 97 'Babs' and Ki-46-II/III Type 100 Command Reconnaissance Aircraft 'Dinah' (above) which will retail direct from Japan for about £23 or US$29. 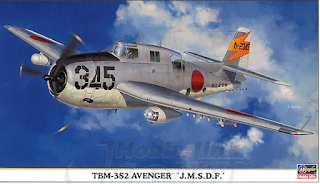 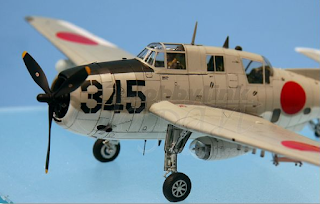 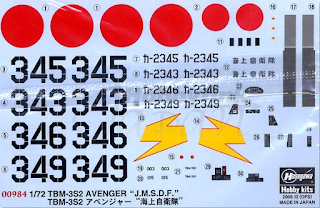 For afficienados of post-war Japanese aircraft their once much sought after 1/72 Grumman Avenger TBM-3S2 is re-released in its striking Japanese Marine Self Defence Force scheme with decals for four different aircraft.  It is listed as June re-stock and will retail direct from Japan for about £30 or US$38. 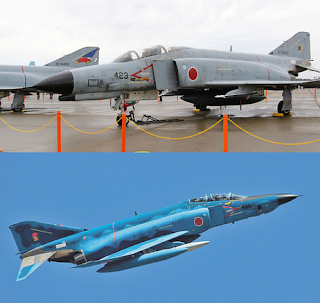 Another combo kit for modern Japanese subjects in 1/72 is the F-4EJ Kai Super Phantom and RF-4E Phantom II Hyakuri Special 2016. This set will retail direct for about £31 or US$40. 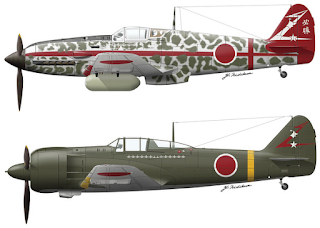 In 1/48 scale another combo kit features the Kawasaki Ki-61-I Tei Type 3 Fighter Hien and Ki-100-I Otsu Type 5 Fighter presented in 244 Hiko Sentai schemes attributed to the Sentai Commander Major Kobayashi, together with a fine metal figure of a pilot in the bulky winter flying suit. About £32 or US$41 will get you this set direct from Japan. 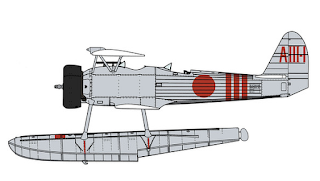 In the same scale the Nakajima E8N1/E8N2 Type 95 Reconnaissance Seaplane Model 1/Model 2 is re-released in Battleship Yamato colour scheme. It will retail direct for about £22 or US$27. 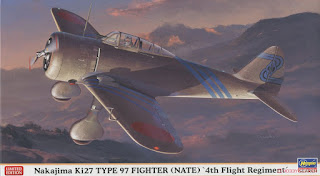 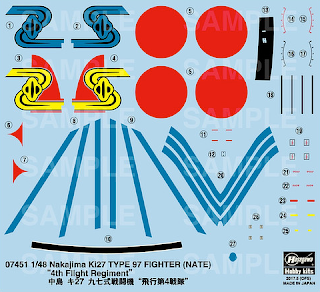 Also in 1/48 scale and due for release this month the Nakajima Ki-27 Type 97 Fighter gets yet another outing in colourful 4 Hiko Sentai guise with two markings options for about £18 or US$22. 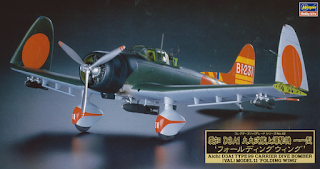 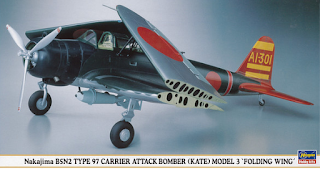 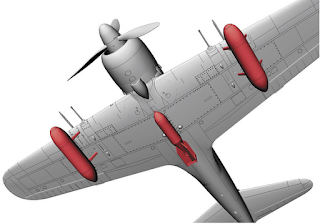 In 1/32 scale there is the Mitsubishi A6M7 Zero Fighter Model 62 presented as aircraft YoD-127 of the 302nd Kokutai with underwing drop tanks and central bomb. This kit will retail direct for about £30 or US$38.

Platz kits often get overlooked but they have two new 1/72 scale kits of potential interest for JASDF modellers. Their attractive looking JASDF T-1B jet training aircraft due for release this month is reportedly "produced with the latest in mold technology to reproduce the real thing as accurately as possible!  While the number of parts has been reduced for ease of assembly, no detail has been spared, including precise panel lining.  Includes an external tank that can be fitted under the main wing, and also includes decals by Cartograf." This one will probably put the old Hasegawa kit to bed. About £18 or US$20.50 direct. 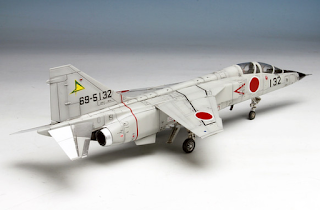 Also this month Platz are also re-releasing their rather nice Jaguar-like Mitsubishi T-2 kit in the guise of 'T-2 Supersonic Speed Upper Training Aircraft Late' (presumably 'upper training' means advanced training?). This kit of the aircraft is reported to be "precisely molded to reproduce the real thing as closely as possible, and includes its Vulcan artillery.  Comes with decals for four markings variations". It will retail for about £16 or US$20.50 direct.  Looks good in light grey. 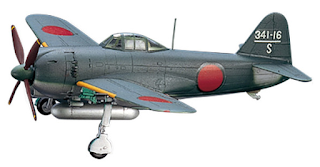 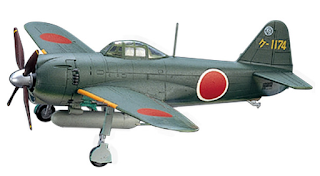 In July Aoshima are set to re-release their neat Kawanishi N1K-J Type 11 Ko and Otsu Shiden fighters in 1/72 scale, likely with the type of trestle and working platform accessories included with their recent Hien kits. They will retail direct for about £11 or US$13.

Image credits: © 2017 Hasegawa, Platz and Aoshima; all via HLJ

Thanks for the heads up on that Iskender.

Mixed feelings about that as it means that Hasegawa, Fujimi, Fine Molds or Tamiya are now probably less likely to release a kit of the type in its own home!