A Word or Two About Artifacts ~ Part 1 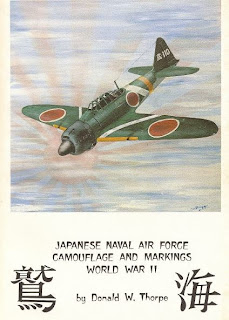 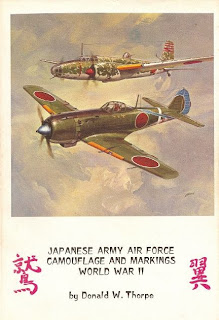 In recent years there has been pioneering colour research in both the USA and Japan focussed on extant painted artifacts from Japanese aircraft. In the West these came to prominence in the late and much lamented 'Asahi Journal' with fascinating revelations about the true colours of the famous Zero fighter by James F Lansdale.
At first the evidence from these relics was somewhat disembodied. In some cases the provenance of the pieces was not precise enough to draw definitive conclusions about the appearance of the colours. Were they really from the aircraft in question?  Had they been re-painted, repaired, affected by extremes of temperature or was the chain of evidence from the time of their recovery continuous?  More recently research in Japan has revealed primary documents, aircraft manuals, paint standards and reports, that allow some of the artifacts to be placed in context and mapped to specific paint and colour designations. The picture is by no means complete but the situation is now far advanced from that existing only 8 years ago.
Underpinning all this is the pioneering work of Donald W Thorpe, whose two seminal books 'Japanese Army Air Force Camouflage and Markings World War II' and 'Japanese Naval Air Force Camouflage and Markings World War II', published in 1968 and 1977, set out to record and identify the actual colours in use by the Japanese Air Forces. Recent studies have reinforced the quality of Don's work and his books remain essential aquisitions for anyone interested in the subject. Although long out of print they may still be obtained through the used book market.
Writing in 1980 Don recorded he had "personally examined several hundred samples taken from wrecks throughout the Pacific, the majority of them catalogued as to type, unit and serial number."
The main problem with the books was that the colour charts included in them were printed and the Munsell values which had been matched to the colours were not quoted. In 2005 the late Bill Leyh and myself prepared a table showing all the Thorpe colours, their assigned Munsell values, sRGB values and the closest FS 595b equivalents. This table is still available in pdf format. When we examined some of the colours we were struck by how closely they matched both recently identified artifacts and the documents then emerging from Japan.
Don Thorpe we salute you!
Posted by Straggler 脱走兵 at 21:10