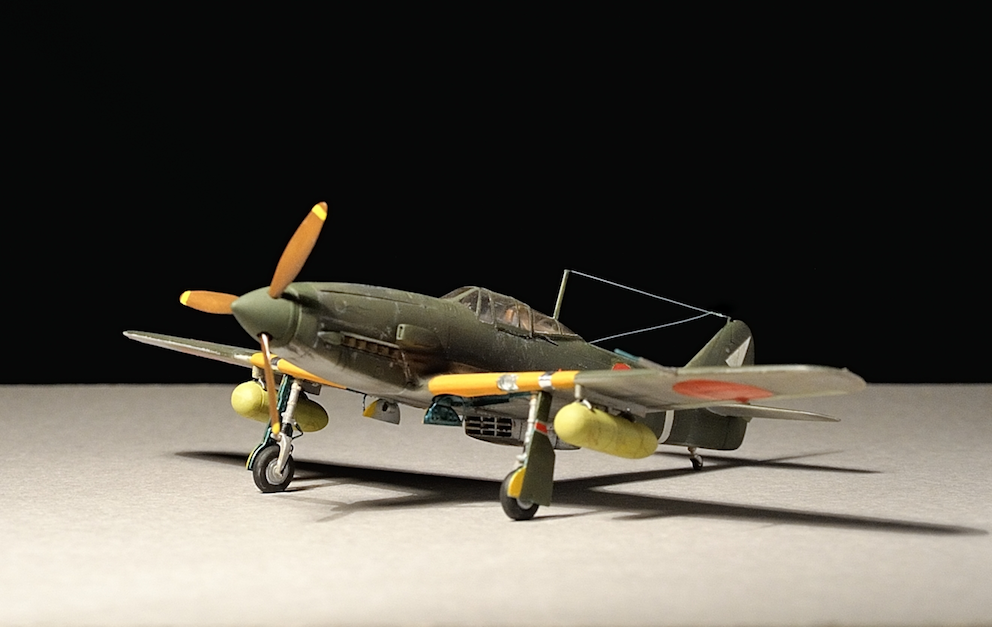 This superb 1/72nd scale model of a 56th Sentai 'Tony' bubbletop - Kawasaki's svelte Mustang - is a hybrid - a very skilful combination of two separate Finemolds kits (Ki-61-II and Ki-100) and a Falcon canopy so that you can't see the join by correspondent Danilo Renzulli! It remains something of a puzzle why Finemolds never released their own new Ki-61-II Kai bubbletop using the fuselage pieces from their limited edition 1989 kit (which combined those parts with the old Hasegawa Ki-61-I Tei) together with the new parts from their revised Ki-61-II fastback kit in 2000. 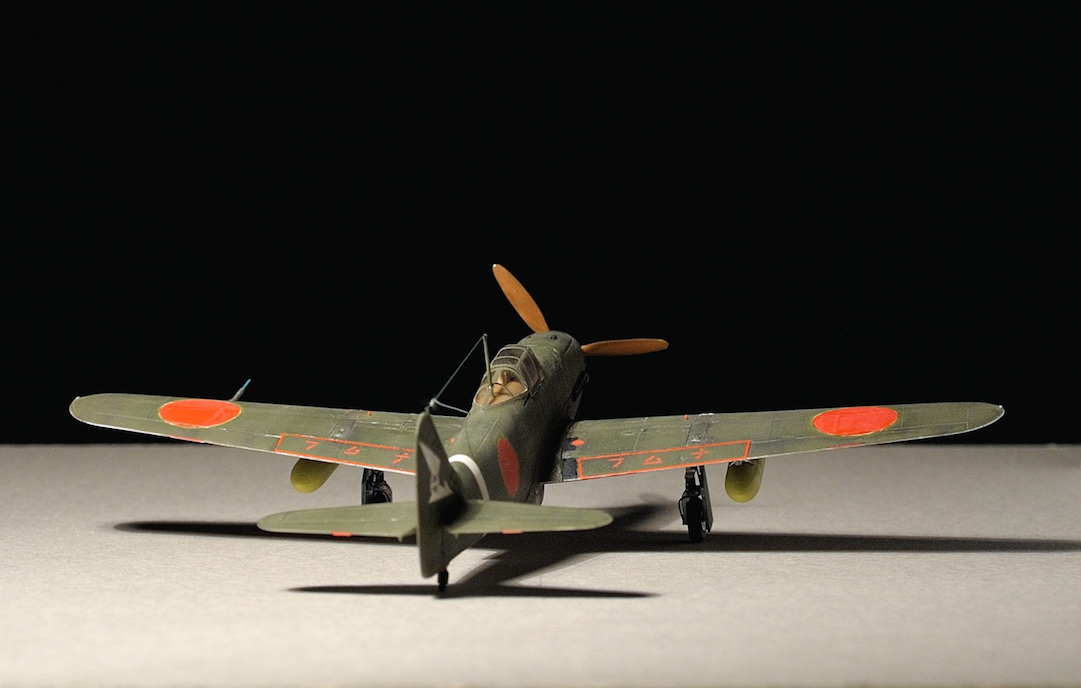 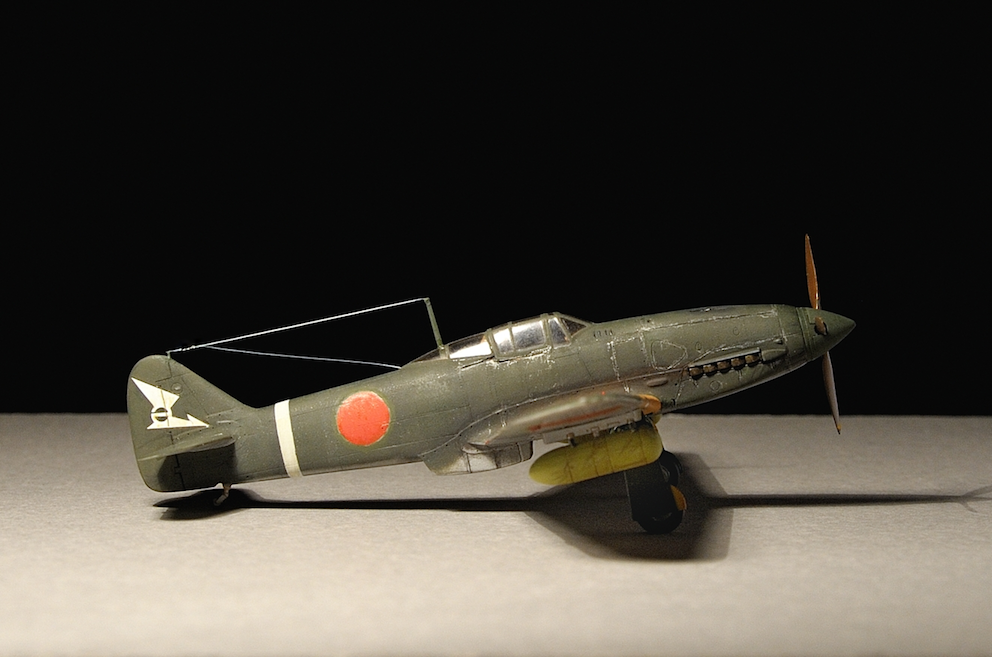 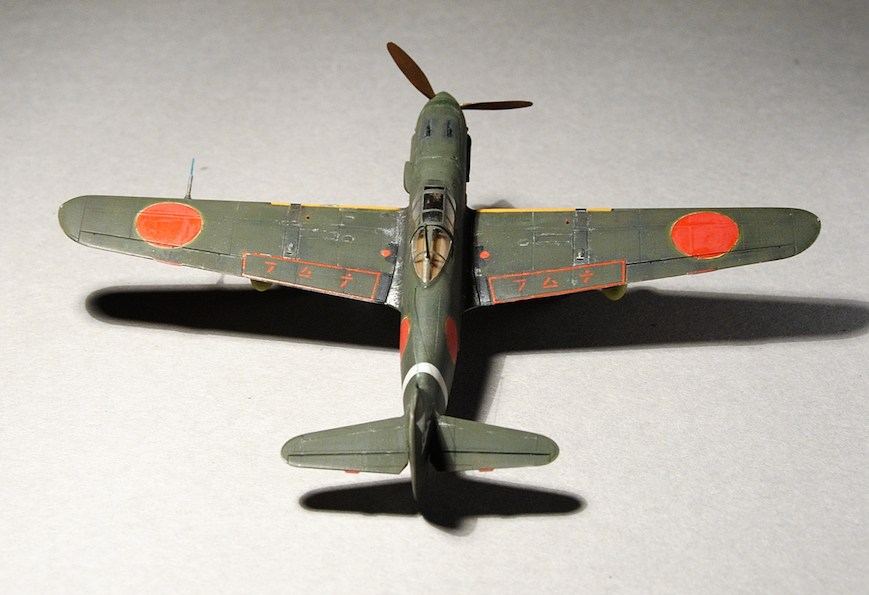 The Hinomaru were airbrushed using masks Danilo cut himself as with most of his Japanese subjects. There is no clear coat on top of the camouflage green, Danilo instead waited for the matt paint to dry to  touch then carefully rubs it with a finger-tip to obtain a semi-gloss finish close to that of a paint job when new or nearly so. The undersurface natural metal finish was achieved by mixing silver paint (of non-modeling type), matt white and vitreous gloss paint (used to finish plasticine). This is a recipe of Danilo's that he uses on many models. 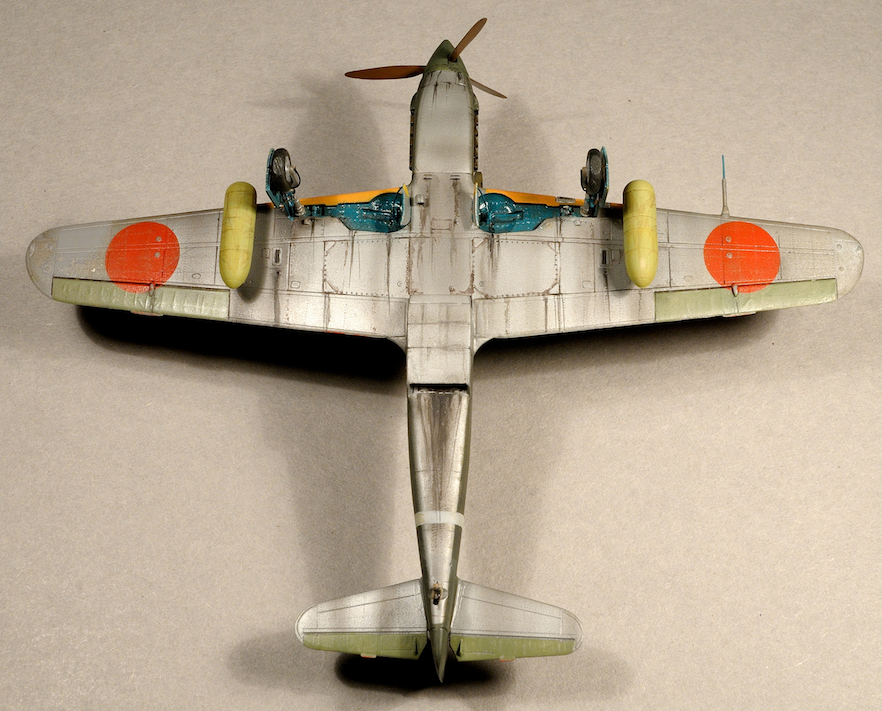 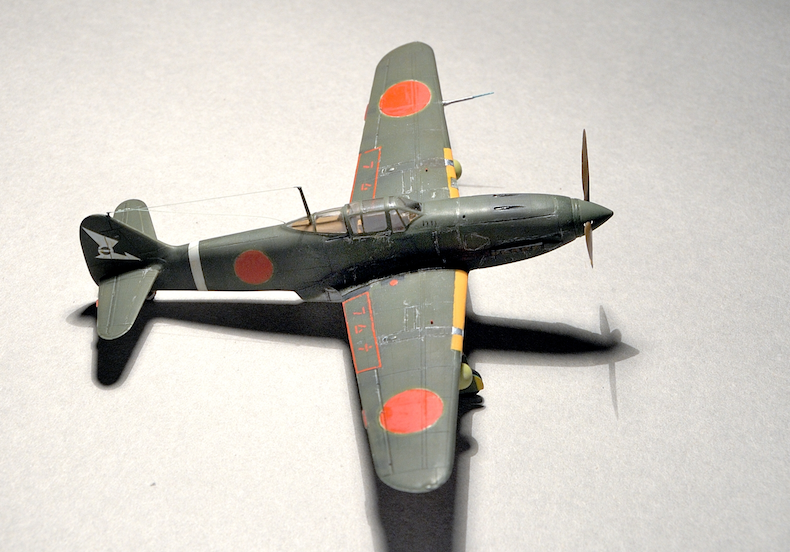 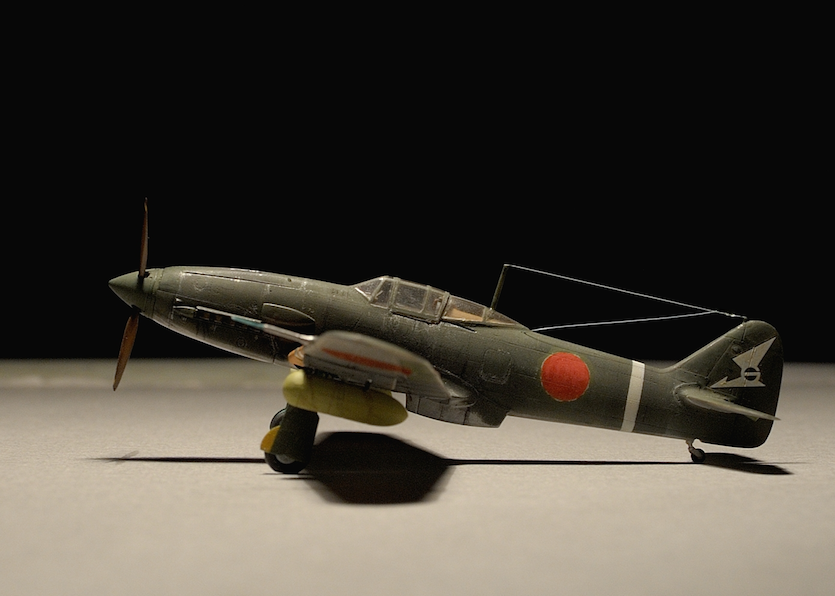 Below is Danilo's model compared to an earlier Ki-61-II Kai 'bubbletop' that he made from the old Revell kit in the 1970s "using the rear section of a Ki-84 canopy (most probably) and by vacuforming the other sections (the toaster had its moment of glory)". Danilo first sprayed the aluminum paint and then the green and the grey paints. Once dry he scratched the paint using a knife tip and tape. The sliding section of the canopy has suffered from some contraction over time, he says, perhaps because he used acetate sheet that was too thick. 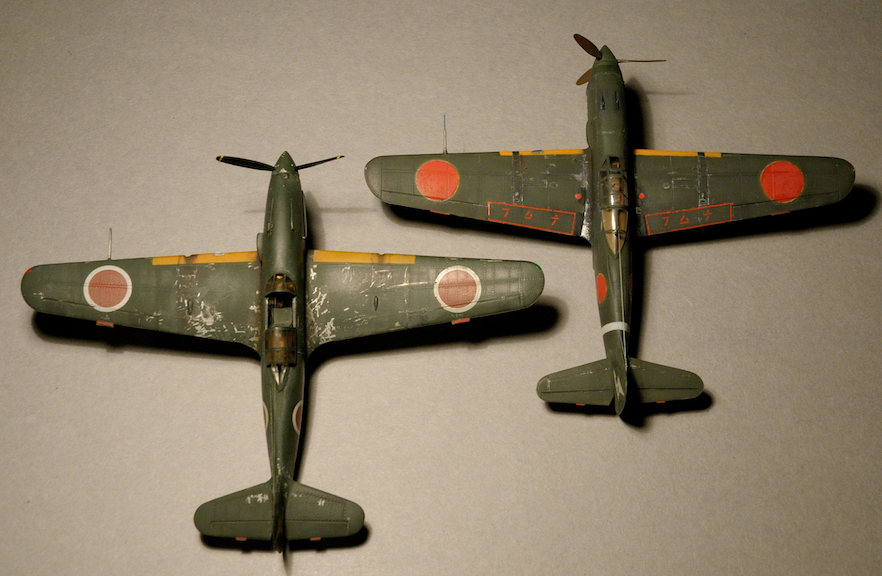 Danilo is no mean artist either. Here is his very evocative painting of a Yokosuka D4Y 'Judy' accomplished with  tempera  on cardboard in the 1990s. 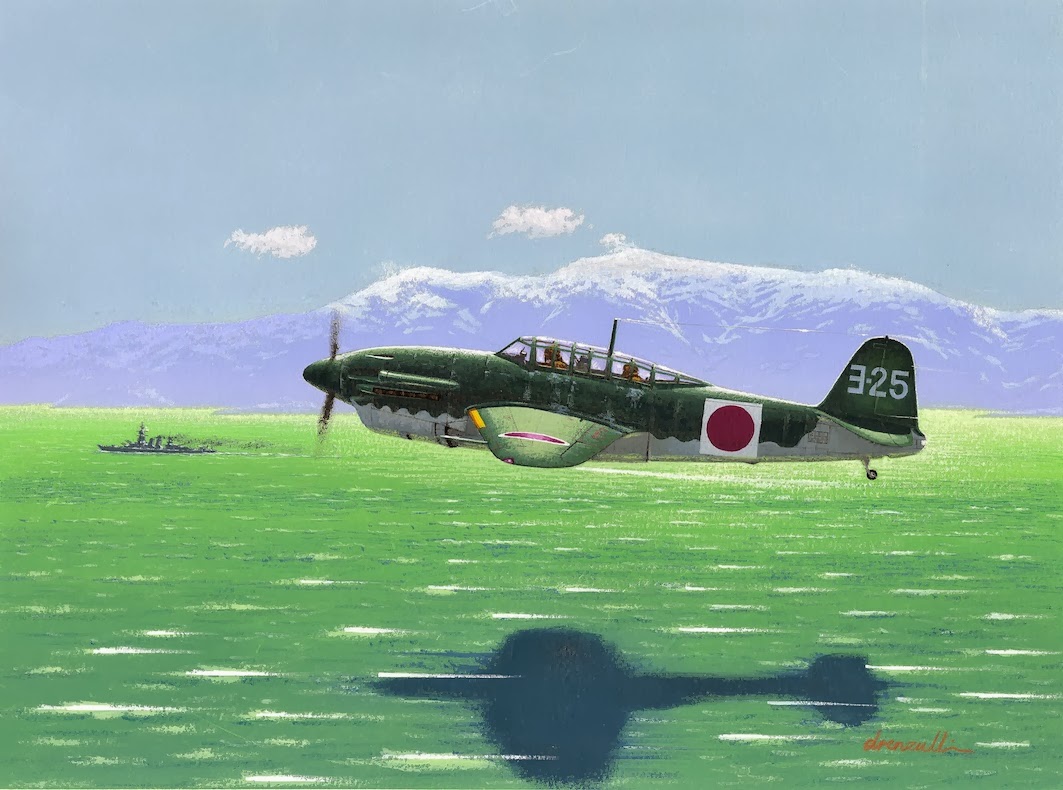 Beautiful model of an especially attractive airplane. Nice to see the old and the new efforts side-by-side.

A great build that I'm sure I'll be studying for some time. An inspiration for me to get busy!

Fantastic images and I like the dramatic effect with the lighting. Lovely models too - well done...