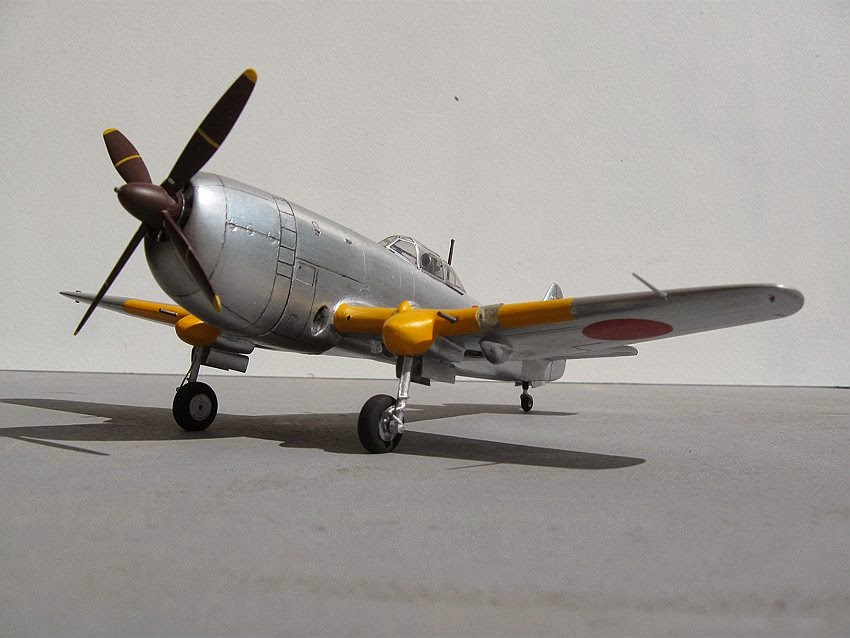 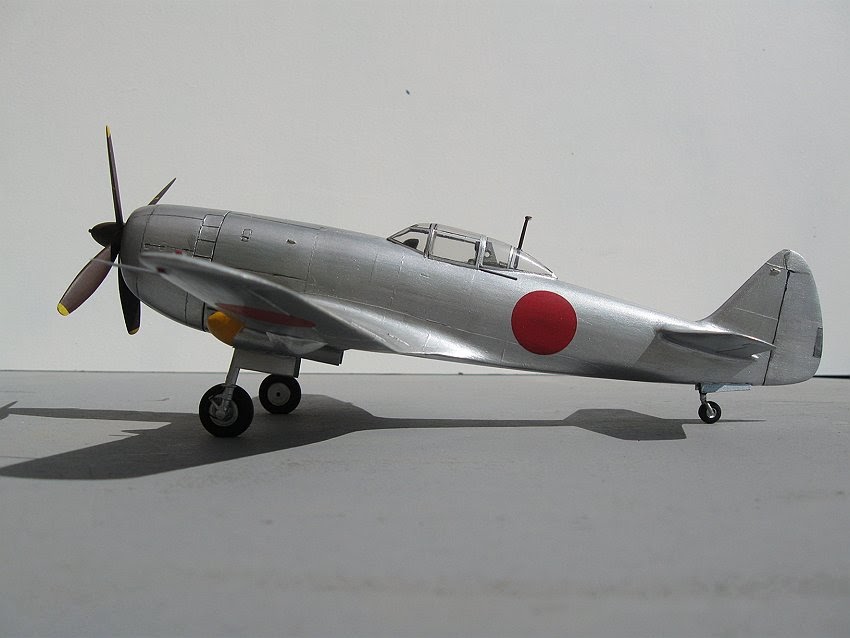 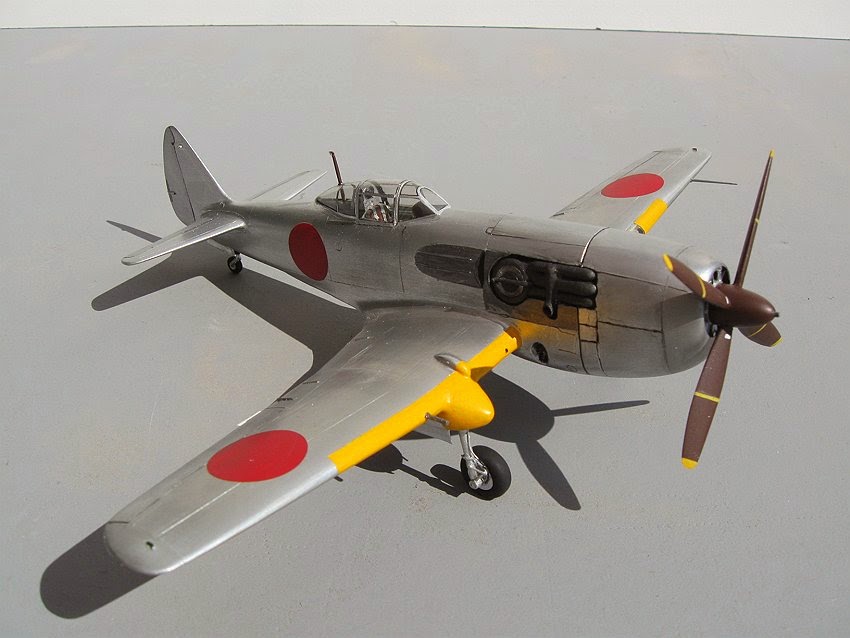 John built the model from plans published in a japanese magazine by Bunrin-Do, August 1976, carving the main parts from solid wood, with all the smaller parts and empennage made of thick plastic. After taking the photos for Aviation of Japan John considered that the model needed an urgent overhaul. It is an old model and he felt the years had not been too kind to it, the paintwork not being up to his present standards. He plans a complete re-build in due course but in the meantime hopes readers will enjoy seeing his work. I should say! 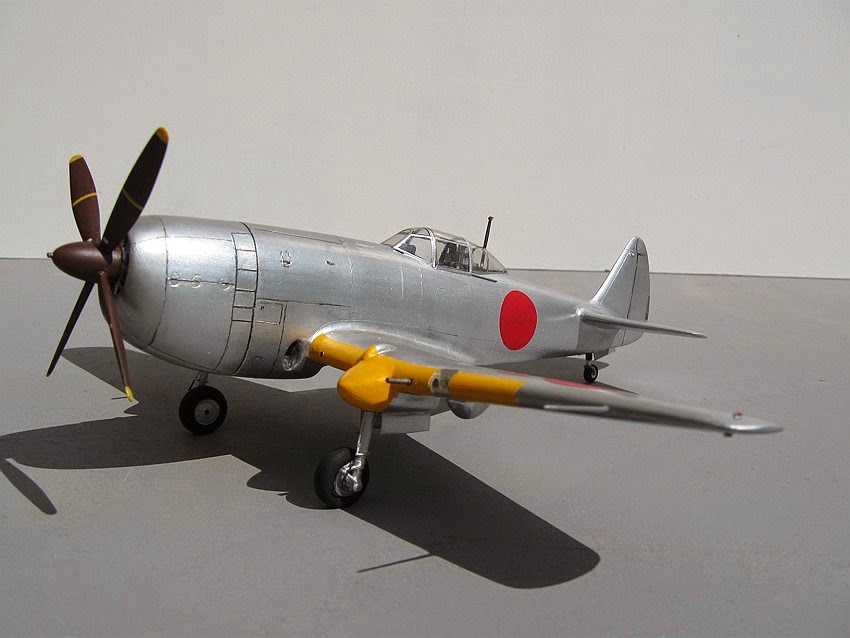 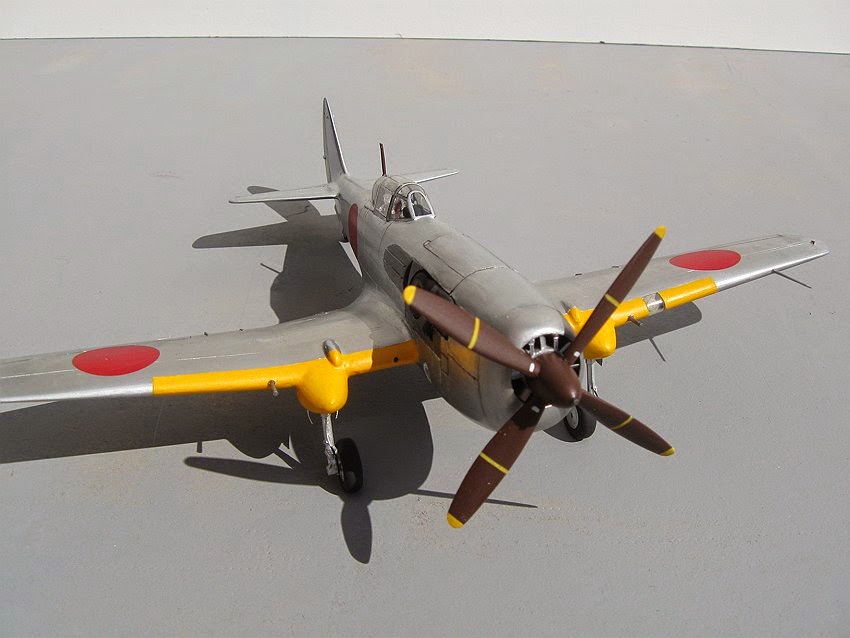 The Ki-87 was design was developed by Kunihiro Aoki of Nakajima to a specification for an experimental high-altitude fighter that arose from a mid-1942 review of IJAAF capabilities and likely requirements in the face of Allied developments. The original specification was for a 466mph fighter capable of operating effectively at over 42,000ft with a range of over 1800 miles. The revised specification agreed between Army Air HQ (Koku Hombu) and Nakajima reduced the required speed to 435mph and the range to just under 1000 miles with auxiliary tanks but the operating altitude remained 42,000ft. The power plant was a 2,450hp engine with an exhaust driven turbo-supercharger  and armament was to consist of two 20mm Ho-5 and two 30mm Ho-155 (often mis-designated as "Ho-105") wing cannon. The development programme required the construction of three prototype aircraft by the end of 1944 and seven pre-production examples for Army test trials by April 1945. A single prototype was completed in February 1945 and took to the air for the first time in April but the project was abandoned the following month as continuing engine problems and the effect of the B-29 raids became insurmountable. 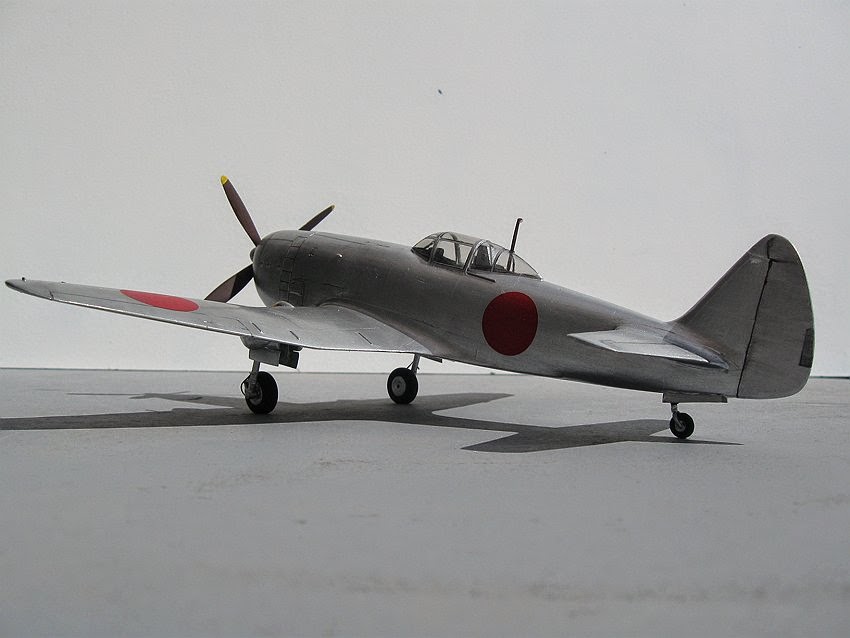 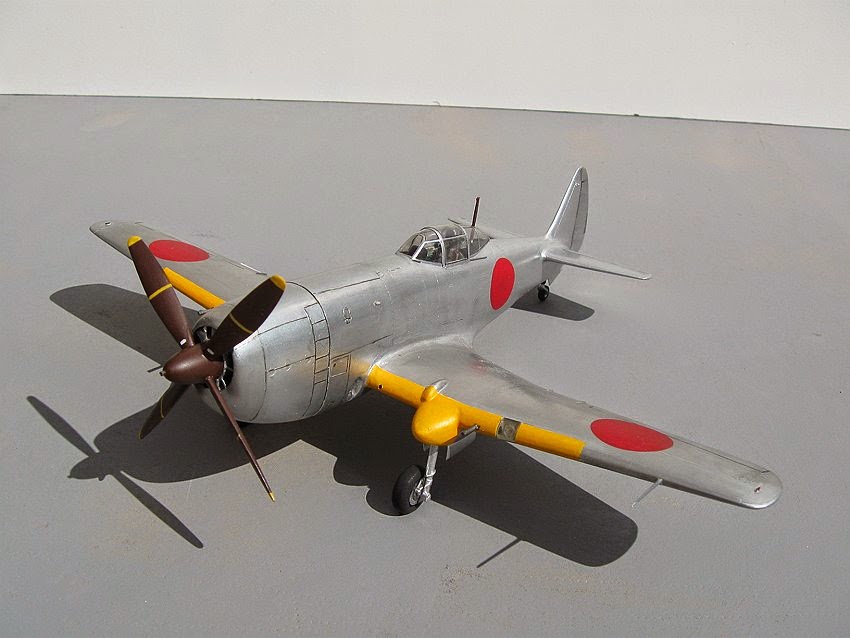 If John's model of this big, pot-bellied and turbo-supercharged interceptor inspires you to add it to your collection and you don't fancy a scratch build then finding a kit might not be so easy. In 1995 Pavla produced a limited run injection-moulded example of the aircraft in 1/72nd scale which might at some time surface as an improved issue from AZ Models. Before that the Japanese companies Try-Angle (in 1987) and Friendship Scale Models had reportedly issued resin kits in the same scale although I have never seen them. Czechmasters also released a resin 1/72nd scale kit of the Ki-87 but the only 1/48th scale kit was by Racoon Models in Japan and again in resin. Other than that no others are known so any information about any other Ki-87 kits out there would be very welcome. 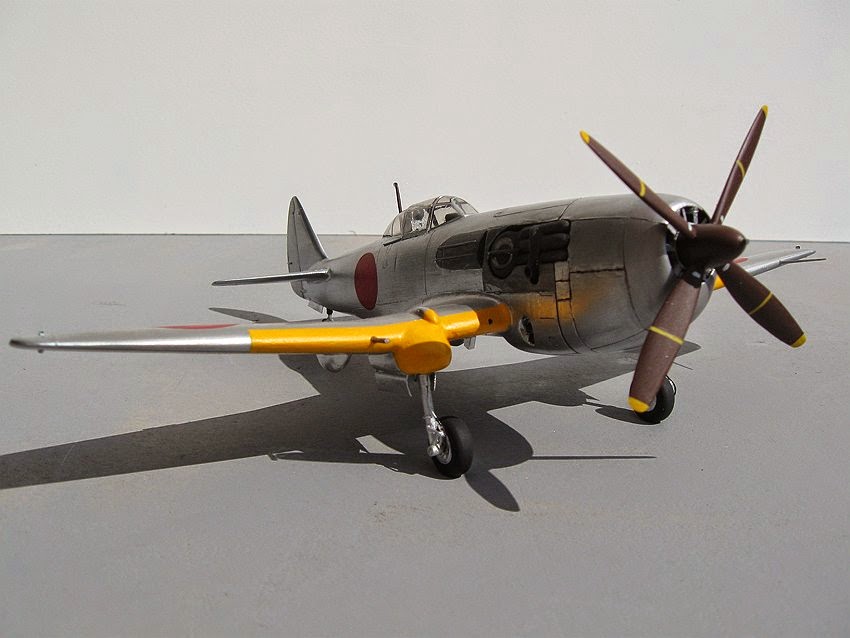 Hi
I am almost sure that I have a conversion in resin in 1/48 scale. I don't remember who manufactured it, but if interested I could look through my stash and tell you who made it.

That would be great, thanks.

some outstanding modeling in those images. Well done!

Hi again.
Well I stand corrected, after going through 7 large storage boxes of add on's I found what I thought was a Super charger conversion for the Ki87. But its a conversion for a Ki-100-11 type 5 Model 2 for the Hasegawa 1/48 Ki -100-1 OTSU. This is also a very interesting conversion, and on the same idea. It was made by a company called DC Models,(1997)

Thank you very much for looking and for your update. I'd not heard of the Ki-100 conversion set you mention so that is also very interesting thanks.