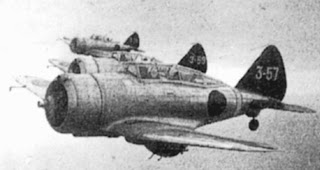 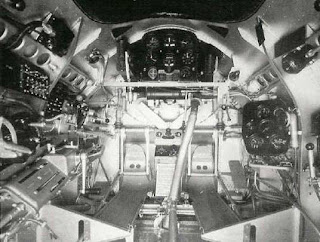 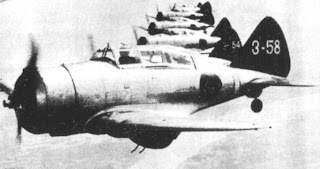 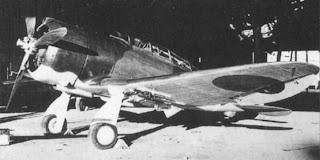 Following the blogpost about Kora's A8V1 resin kit, Sidnei Maneta kindly sent these images of 12th Ku 'Dick's operating in China trawled from the web. In addition to showing the tail codes clearly there is a hangar view of an apparently camouflaged example as depicted in Kora's third kit of the type. The cockpit view, although not from a Japanese machine, may assist those struggling with Kora's less than helpful instructions for locating the various bits and pieces included.
The blogpost 'Painting Into A Corner Pt 2 ~ Exploring J3' has been updated to include a copy of the CAL Report originally referred to. I have also taken the opportunity to add the sRGB values to the rendered chips, mentioned in the original text but not actually done (oops)! In addition I have tidied up the text to improve its reading and included some relevant observations translated from Ichiro Hasegawa's article 'The Basic Paint of Zero-Sen'. Hasegawa-san was actually there and saw real Zero fighters up close so his words carry some weight.
One thing I should perhaps add. And that is that I am not promoting a particular agenda in respect of Zero colours but only applying the discipline of colour science to the information already known, adding to it where I can and exploring it as objectively as possible. Unfortunately much modern debate and discussion seems increasingly to fall into vehemently articulated "right" or "wrong" camps. From my own experience such camps are often both "right" and "wrong" - but in different ways - and a big dollop of "don't know for certain" dampens all proceedings. That is not to suggest I lean towards the "don't know for certain so anything goes" camp which seems to be growing apace on modelling fora and is now sometimes vehemently deriding any attempt to bring precision to the subject. From a collective of evidence - and all evidence not just the bits that fit a particular argument - reasonable conclusions may be drawn. But these reasonable conclusions are inevitably subject to individual preference and prejudice and ultimately to individual choice.
Image credit: www via Sidnei Maneta
Posted by Straggler 脱走兵 at 11:26

My thanks to Sidnei for providing the A8V1 photos.