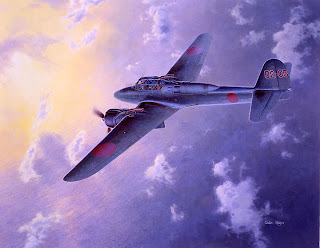 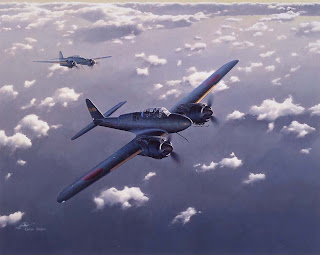 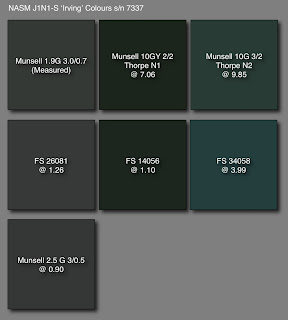 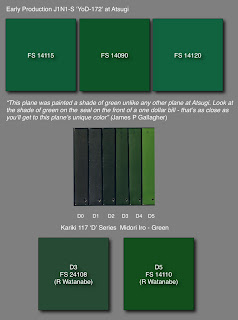 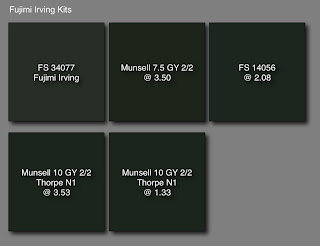 YoD-172 has been an airframe of particular interest to me ever since getting my first copy of "Meatballs and Dead Birds". There are also a few other unique aspects of this airframe beyond the unusual bright green paint scheme.

Also note that this was an early "hunchbacked" Gekko, yet she was field modified to carry the later style ejector style exhausts as seen on late build versions.

I have tried to take into account that when Gallagher photographed and described this airframe, she had sat derelict for awhile. The paint had surely faded some from the original color, yet he was adamant that no other airframe at Atsugi wore this color green. This is personal supposition, but I feel that this aircraft may have had a specific role in the unit to have been modified in three distinct ways.

As a side note, at least three older Gekko airframes had been modified at Atsugi to carry the later exhaust configuration- and one image shows a very dark and highly polished example with kill marks. There may not have been such a thing as a "standard" Gekko based at Atsugi.

Thanks as always for such a great and informative post Nick, keep up the great work!
Dan

A quibble I noted regarding Monday's posting. I do not believe Munsell 2.5 G 3.0/0.5 should be referred to as a standard Munsell value. I do not think there is a standard color chip in the 'Munsell Book of Color' beyond a full integer value of a 1 or a 2 at the right most position of the Munsell numerical code sequence. As you said, the gray factor is so great by the time the final digit is down to a 1 or a 2, there is very little discernable color left. I believe this to be true for all color hues.

I agree with your unease concerning the NASM rendition of their J1N1 cockpit. The paint work looks too American, not at all Japanese in execution to my eye. I do not believe the visual appearance of the average IJN cockpit was so well turned out or uniform appearing. Perhaps this plane was, immediately after final assembly, but this condition would change immediately after routine maintenance of any removable equipment in the cockpits, with expedient swap outs of functional or re-tuned equipment. It is most unlikely the replacement equipment from 'spares' were in colors exactly matching to those of the main airframe's factory finish. Radios were all crystal based at the time, so frequency changes had to be done 'on the bench'. I suspect this chore was an immediate requirement as soon as any airframe left the home islands and entered jurisdictions further afield.

Japanese electrical equipment of the era seems to have had a notorious reputation for reliability, I would think the electrical areas of the internal finish would show evidence of too many hands on them relatively early on, further degrading any original pristine appearance, as seen with the NASM re-paint of their J1N1.

Thank you both, Dan and Ken, for these valuable additional comments.

Ken, I agree regarding that Munsell value. It is included in the software as a "standard" rather than calculated value but I shall amend it accordingly.

Kind regards to both
Nick

Hello Nick;
Thanks for the informaitve post.
I am interested in your commentary on the Fujimi recomendation for a very dark (N1) green for the very earliest operational IRVING'S.
Is it possible then, that the original (J1N1-R), deployed as land based reconaissance machines at Rabaul, had natural metal udersurfaces? Kind Regards, noel

Yes indeed, I believe it is not only possible but more probable that the early Irvings had natural metal undersurfaces rather than painted grey undersurfaces.

This is in response to Dan's comments above,

I don't see YoD-172's refitting with ejector exhausts as anything more than the obvious performance enhancement doing so would provide. Are there photos of any J1N1s at Atsugi, with the ejector exhausts, but not retrofitted with oblique guns? Even if this possible correlation were the case, how could we tell for sure? I doubt Mr. Gallagher himself photographed or physically inspected every J1N1 he saw there sufficiently to determine whether such a correlation existed.

YoD-172's single oblique gun arrangement may have been due to any number of causes. One airframe had to be the first so retrofitted, maybe YoD-172 was it. Such a first of a kind status may also explain the different shade of green it was repainted.

That color of green may also have been used because it was the only stuff on hand when YoD-172's time for a repaint came up. Nick has suggested lighter colors work better on night fighters. Given the range of potential causes for the color Gallagher described, we will likely never know a rationale, if any in fact existed, on that one.

Hi Ken,
Thanks for your thoughts on the subject.....I have been studying the Gekkos from the 302nd for around 5 or 6 years now, and when you take into account all the known images from various publications including Meatballs and Dead Birds, YoD-172 was a really unique airframe. All of your points are well taken and are very likely scenarios.
The text of Moonlight Interceptor mentions that at some point it was thought having a single oblique cannon was the way to go, as far as saving weight and gaining speed. That said, later airframes seen at Atsugi carried the two or three gun complement so it must have not had enough firepower to do real damage with a single gun.
Gallagher did also photograph very early Gekko airframes at Atsugi with the rear turrets- there was a wide array of variation among the type at this base. But the existing known photographic record shows that this airframe was very unique in weapons and color, with the later exhaust upgrade having been much more common. I'm really happy and grateful that Mr. Gallagher made certain that this airfame was captured in both words and on film....
Dan