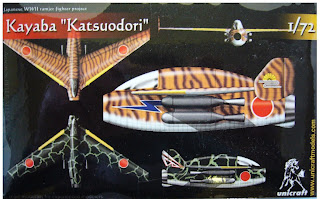 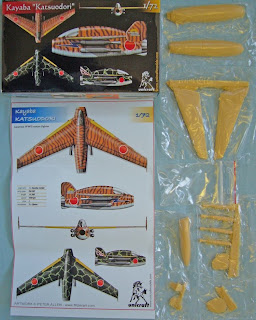 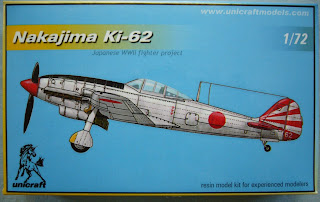 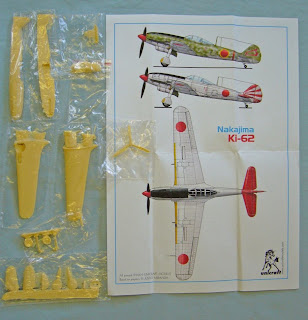 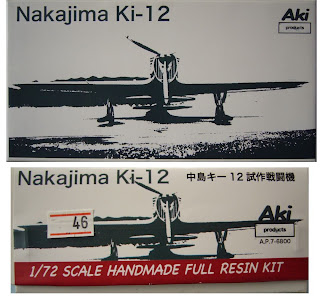 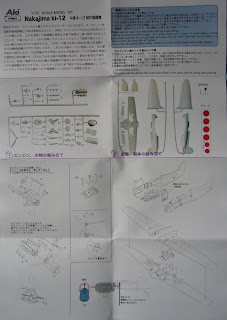 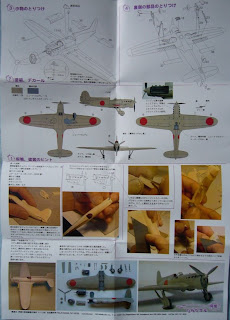 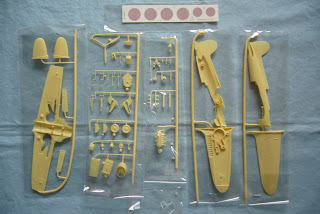 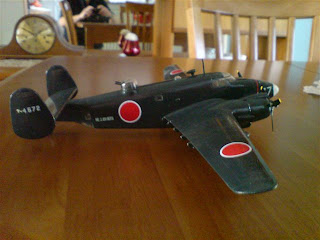 That Fokker!
My earlier comment about there being a Fokker D.VIII in Japanese markings, as interpreted from a published black and white photograph proves wrong, despite the translated caption appearing in Vol 6 of the Japanese language Encyclopedia of Japanese Aviation. The aircraft pictured was a sample machine marked to seduce the Dutch military into purchasing the aircraft after the war It was on display at the first aeronautical exhibition in Amsterdam, the Eerste Luchtvaart Tentoostelling Amsterdam (ELTA), in 1919. It was part of a great many aircraft, parts and tooling brought out of Germany to Holland by Anthony Fokker after the war. As history has shown, the Dutch purchased the proven Fokker D.VII and the sample D.VIII was scrapped. I'm informed by Richard Ansell, an accomplished aviation artist living in Japan, that the Kitagawa collection, which contains photos of all of the aircraft sent to Japan as war reparations after the First World War, shows that those aircraft carried only the national markings of origin, not the Hinomaru.
Kit News
Unicraft has been busy. They released two kits in the last couple of months, the Kayaba Katsuodori and the Ki-62. Both are subjects more of a What If? nature. These guys use a really brittle porous resin, but with a bit of work, you can put together a really unusual model, certainly something that isn't mainstream. In 2010 they plan to produce a J4M, Senden, a Ki-119 and also a Ki-88, all paper projects subject matter. Hannants carries most of the line, but Unicraft has their own website and kits can be viewed and purchased directly.
The Ki-62 was to be a kind of super fighter comprising bits of the Ki-43 and Ki-84 with the license built in-line DB601 engine of the Ki-61. No prototype was ever constructed, but it was a paper project. The kit suffers from really brittle resin and they even include a warning slip to that effect. Sadly, no markings are provided in either the Ki-62 or the Kayaba kits.
In the past few weeks, Aki, a Japanese resin kit company, have released a kit in 1/72 scale of the Ki-12, experimental fighter. Influenced and based upon the Dewoitine 510, the Ki-12 failed to meet standard for acceptance into the inventory, being out performed by the Ki-27. I have never before seen such a detailed kit in resin with such quality of fine detail. When I first opened the box I thought it was injection moulded. My kit came directly from Japan, brought in for Scale Model World by Hobby Link Japan. I've made some photos and hope you like what you see.
JMSDF PV-2 Harpoon
Seventeen PV-2 Harpoons were supplied to the JMSDF in January 1955 and given the Japanese serial numbers 4101/4117. One (#4101) subsequently crashed in April 1957 and the remainder were later renumbered 4571/4586. Early on in Japanese service the aircraft were painted dark blue-grey overall with white lettering with all six hinomaru outlined in white. Photos exist of Japanese PV-2's in an all over natural metal sheme too.
The photograph shows Brian Prior's model of the JMSDF Harpoon in 1/72nd scale. Brian commented that the only problem in making the kit was the decals with the Japanese writing. He painted dark sea blue onto paper, put a white decal on it, scanned to Word, adjusted the decal to size, then printed it to decal paper.
Gary
Posted by Straggler 脱走兵 at 14:36

Thanks for this posting and the kit notifications.