Armour Plate on the Ki-43 Hayabusa 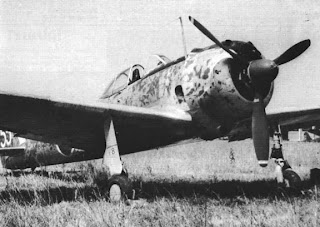 The use of of armour plate on the Ki-43-II Hayabusa was articulated in a tentative plan to install seat back protection from Nakajima-built aircraft # 5520 from June 1943 and Tachikawa-built aircraft # 15150 from December 1943. The preliminary installation of 12mm seat armour actually began with Nakajima aircraft # 5666 in July 1943 and Tachikawa-built aircraft # 15031 in August 1943. In August 1943 a definitive plan required Nakajima to commence installation of additional 12mm head armour from aircraft # 5866 and Tachikawa were instructed to follow suit from aircraft # 15351.  These details were revealed in 'Increase of Armour, Bullet-Proofing, Fire Extinguisher Equipment and Armament on Various Aircraft' issued by the (Japanese Army) Aircraft Section, Supply Department on 22nd March 1944 and subsequently captured on Luzon. 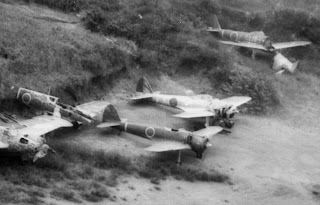 An intercepted Japanese report of early 1944 summarising combat lessons after the first clashes between the Ki-43 and RAF Spitfires in Burma mentions that its pilots were pleased with the armour and fuel tank protection in the Type 1 Hayabusa and that one aircraft had returned safely after receiving 39 hits.

Nakajima built aircraft # 5866 was constructed in September 1943 (and the Tachikawa-built  # 15351 in March 1944) but a Crashed Enemy Aircraft Report (CEAR) describing an Oscar Mark 2 # 5764 that crashed 14 miles north-west of Szewui, Kwantung, China on 21 December 1943 revealed evidence of an earlier or perhaps retrospective installation of the head armour. This aircraft had a rectangular piece of ½" (12mm) plate 22¼" x 29" mounted vertically 3" behind the pilot seat and 8" from the cockpit floor together with another ½" (12mm) plate 8½" x 11¾" mounted at a 45°  angle behind the pilot's headrest. The report suggested that this armour gave full protection to the pilot's head and back. This Oscar II had been manufactured in August 1943. Incidentally the Ho-103 12.7mm ammunition type loading on # 5764 was in the order 1 armour-piercing tracer, 1 high explosive and 1 incendiary. 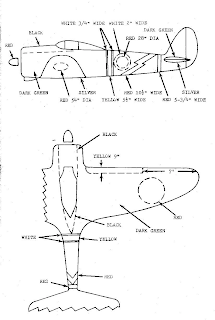 Oscar # 5764 had apparently run out of fuel, crash landed and the pilot had been captured. The markings of the aircraft (shown above) were unusual and in the Pacific Front magazine # 4 of July 1986 Osamu Tagaya penned a neat piece of detective work which concluded that the aircraft was from the 2nd Chutai of the 11th Sentai and the pilot was 2/Lt Kino Kiyoshi who was returned alive, presumably after the war. 2/Lt Kiyoshi had participated in an uneventful fighter sweep over the Kweilin area by 41 fighters of the 11th, 25th and 85th Sentai (see earlier blog Climb and Follow - Defeating the Beehive Part one). The circumstances of his running out of fuel are unknown but he was an experienced ex-NCO pilot who had earned his wings between December 1938 and July 1939. 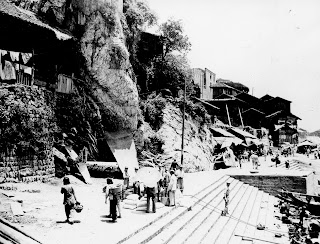 Remains of a downed Oscar on display at Chungking, China

Of associated interest the wreckage of another Ki-43 was discovered in May this year at Pathum Thani in Thailand. 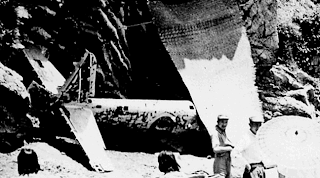 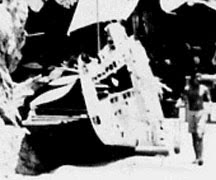 The above article consolidates data about Oscar # 5764 from several different sources. With acknowledgement and special thanks to Rick Dunn, James L Long and Ken Glass

Thanks for pulling all this data together, Nick.