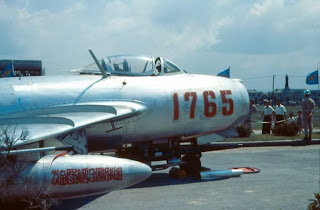 Another MiG-15 pilot who flew his aircraft to freedom was Lt Liu Cheng-szu (刘承司) of the Peoples Liberation Army Naval Air Force (PLANAF) of China's 8th Squadron, 3rd Wing, 18th Regiment. The successful flight was made on 3rd March 1962 but was not the first attempt in a MiG-15. On 12th January 1960 Yang Decai (杨德才) of the 4th PLANAF Division flew MiG-15 '6501' from Luqiao (Luchiao 路桥) in China to Taiwan but was killed when his aircraft crashed on landing. 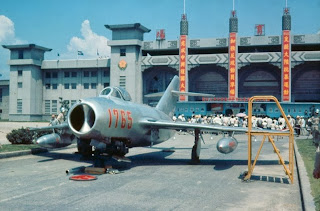 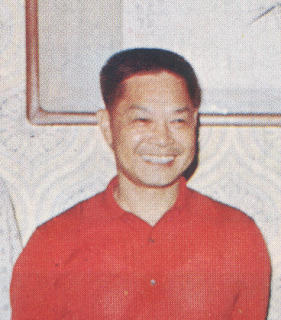 Lt Liu broke away from a flight of four MiG's in 'Red 1765' during a routine morning patrol from Luqiao, having switched on his gunsight and readied his trigger, determined to shoot at any PRC aircraft that attempted to intercept him. He had even considered whether he should shoot out the coastal radar station but decided it was better to hope that his fleeing aircraft would not be detected than to deliberately draw attention to himself. The day before his flight he had enjoyed a haircut and hot bath in preparation for his escape. He planned to take his favourite alarm clock with him but burned all his letters and diary. He couldn't sleep and lay awake in bed thinking "I cannot hesitate. It is now or never". Before dawn the next day as he prepared for his flight the anxiety had left him "I was so calm. I climbed up the ladder to the cockpit and then looked back at the airfield, totally relaxed". 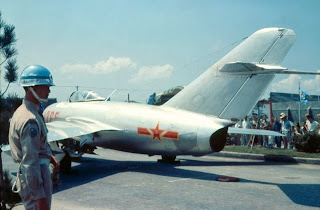 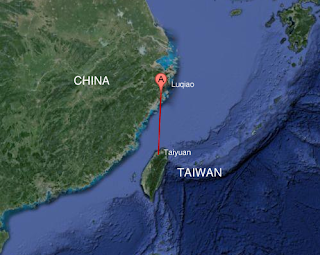 When intercepted by Republic of China (ROC) fighters as he neared Taiwan he felt a rush of fear before nervously complying with the procedures required to demonstrate that he was intending to defect, waggling his wings and descending to the specified altitude. Lt Liu landed at Taoyuan airport in Taiwan drenched in sweat and wondering whether it would be as he had imagined it. Lt Liu's MiG-15 is now on display at the Taiwan Air Force Museum, Taiyuan. Part One of this mini-series can be found here.

With special thanks to Les Duffin and Don Wiggins.