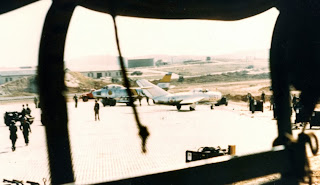 On 21st September 1953 Lt No Kim Suk of the 2nd Regiment of the North Korean Peoples Air Force (NKPAF) landed a MiG-15 bis fighter 'red 2057' at Kimpo airfield in Korea, providing the USAF with an airworthy example of the Russian jet that they had fought during the Korean War. Lt No (pronounced 'Ro') had taken off from Sunan airfield near Pyongyang as the second aircraft in a flight of three. His regular aircraft 'red 408' had not been flown to Sunan an airfield that had not been operational since the war, so he was flying the aircraft of another pilot Kim Dea-Soon. As the flight prepared to return to Sunan he broke away to the south and after 13 minutes made a successful landing at Kimpo amongst F-86s that were also in the landing pattern. At the time of his defection he was unaware that he would be awarded $100,000 for bringing the MiG out of North Korea. 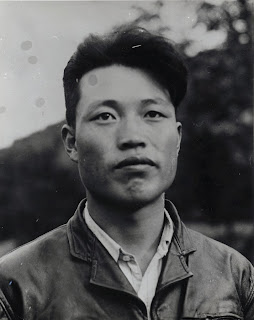 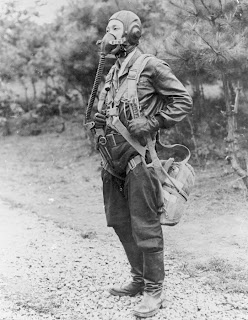 After his successful defection Lt No modelled his flight gear for the benefit of a USAF cameraman. The photo above might prove useful to Korean war MiG modellers.  Lt No is wearing the earlier of two types of parachutes used by the NKPAF but it was equipped with a built-in oxygen supply linked directly to the aircraft's high-pressure oxygen system. Colours are as follows:- tan leather flying jacket, blue cotton trousers, blue shirt, brown flying helmet and gloves. He is equipped with a Russian pistol. 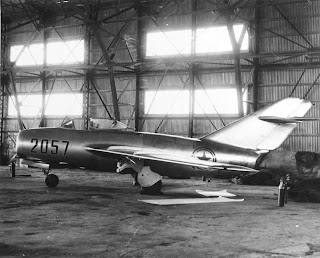 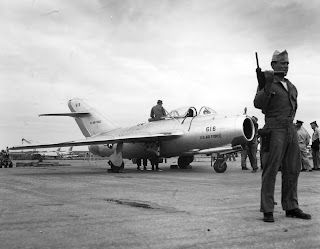 The MiG was partially disassembled by the Air Tactical Intelligence Centre at Kimpo and flown in a Douglas C-124 Globemaster to Kadena, Okinawa to be test-flown as Project Zeta. The NKPAF markings were replaced with USAF markings and the MiG was subjected to 11 test flights. 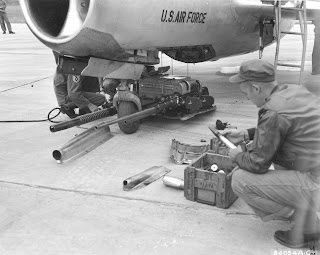 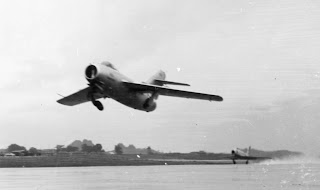 After flight testing at Okinawa the MiG was disassembled again and flown to Wright-Patterson Air Force Base where Air Technical Intelligence Centre staff subjected it to a thorough examination before reassembly and further flight-testing. 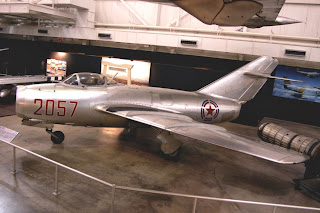 More details of Lt No's defection and his subsequent life in the USA can be found in an excellent article here.  Lt No also wrote a memoir about his experiences 'A MiG-15 to Freedom'.

Part Two of this mini-series can be found here.

Nick that was fascinating, I never knew the whole story. I was under the assumption he did it for the reward. I am looking forward to follow up stories of these defections of MiG pilots. I am always impressed by the information you present on this blog, thank you!
Pat Donahue

This aircraft is currently at the USAFM in Dayton OH.
http://www.nationalmuseum.af.mil/factsheets/factsheet.asp?id=275