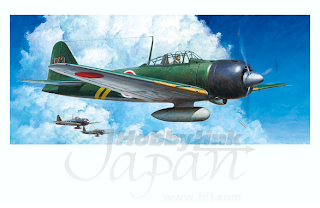 Perhaps unsurprisingly Tamiya are to release a 1/72 A6M3 Model 22 as well as special editions of their 1/72 A6M2 and A6M5 and 1/48 A6M5 to coincide with the release of a new movie on 21st December this year 'The Eternal Zero' (Eien no Zero 永遠の0). The film has been made by Toho, directed by Takashi Yamazaki from a popular 2006 novel by Naoki Hyakuta and tells the story of a young man Kentaro Saeki (Haruma Miura) who after repeatedly  failing his bar test is at a loss as to what to do. His elder sister Keiko is a freelance writer and the two of them begin to research their grandfather Kyuzo Miyabe (Junichi Okada) who died in the Special Attack forces during the war. They discover that their grandfather Kyuzo Miyabe was terrified of death and obsessed with life so why did he volunteer for Special Attack? According to his comrades Kyuzo Miyabe was both a genius and a coward. Kentaro and Keiko then discover the shocking truth which has been sealed for 60 years. . . that the A6M2 Zero was really a very, very, very light grey (might as well call it white).  No, just joking but it looks as if the film is going to perpetuate that myth. 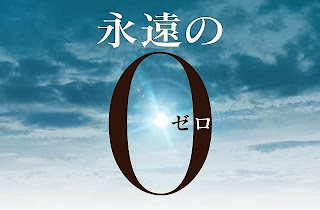 The recent Doyusha 1/72 A6M5 Hei features new art but is the Hobby Boss kit re-boxed. This is not a bad quick-build model reminiscent of the Academy kit. It is useful for practising painting techniques but suffers from wing leading edge inserts for the armament that are difficult to clean up. It is best to remove the gun barrels, locate and cement the inserts, putty and sand to fair them in then replace the barrels afterwards. Markings options are for two aces - Tetsuzo Iwamoto of 252nd Ku and the well-known 203rd Ku victory marked '03-09' of Takeo Tanimizu. 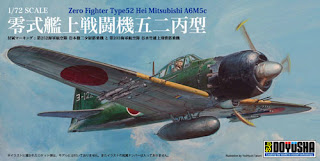 Doyusha have also released the A5M2b in simple build format. This one is another former Hobby Boss kit. The Doyusha issue comes with three options for the 12th Ku including a Hokokou adorned example. 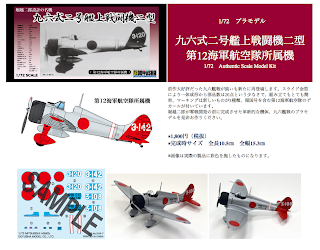 Finally and this is probably old news for most but it has also now been confirmed that the forthcoming Aoshima Ki-100 Ko and Ki-100 Otsu kits are indeed new tool mouldings.

Thanks for the notice on these items, Nick.

Hi Nick,
You might be interested to know that 'The Eternal Zero' was also adapted into a manga...which also featured the very light grey Zeros on the dust jacket. It is also quite interesting from an aviation point of view.

Thank you Ken and Arun!