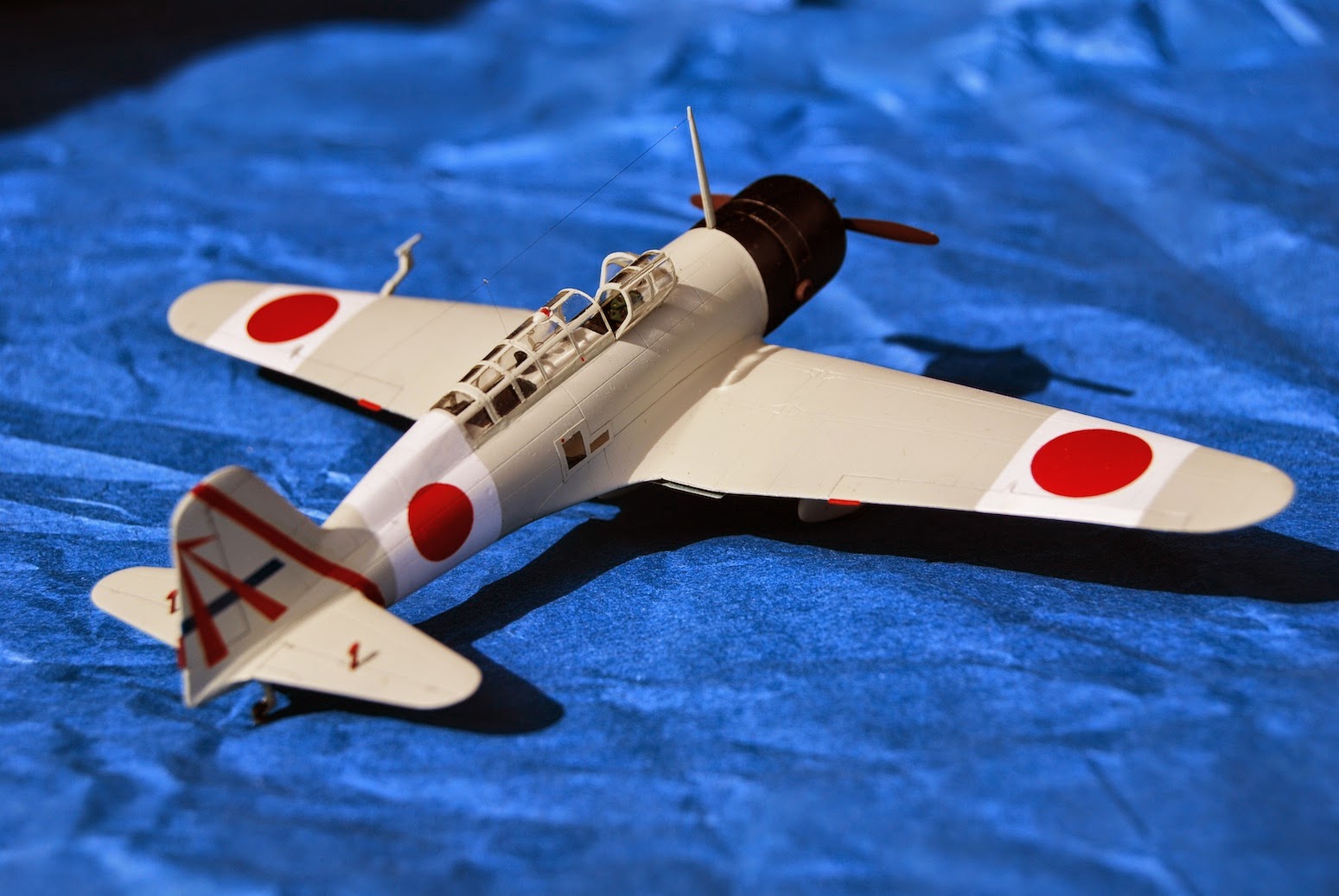 The focus on Babs continues with another set of excellent images and a build report kindly contributed by Mark Smith, this time representing an Army Ki-15-II  (97 Shiki Shireibu Teisatsu-ki - 九七式司令部偵察機 - Type 97 Command Reconnaissance Plane, often abbreviated to 97 Shi-tei - 九七司偵) of the 17th Independent Air (or Flying/Flight) Squadron (in Japanese Dokuritsu Hiko Dai 17 Chutai - 独立飛行第17中隊 - literally Independent Air No.17 Squadron) of which unit more anon, in more ways than one. Again Mark used an original LS kit from their venerable 'family of four' to excellent effect. In his own words then:-


"With its more powerful engine, this last Army of the Mitsubishi Karigane / Ki-15 very briefly maintained the necessary performance edge for the Type 98 in its recon role.  There is a fascinating three-minute wartime feature that can be viewed here that shows what a nimble airplane it was; it features a Ki-15-II of the 8th clearly showing its distinctive “Octopus 8” tail marking.  The last few seconds show the aircraft landing and the observer handing a ground crewman what appear to be the camera and two film magazines.  I believe that two different aircraft may have been shown in the clip, but in any case the camouflage is very careful, of flat finish, and extremely clean.  One can observe that the radio-compass directly in front of the pilot was so large as to block his forward vision to a surprising degree, and there is a brief flash of a very large light-colored camera being used by the observer as he shoots through the large side window.  This film also nicely demonstrates how the canopies opened; it wouldn’t have been much fun trying to get out of this airplane in an emergency. 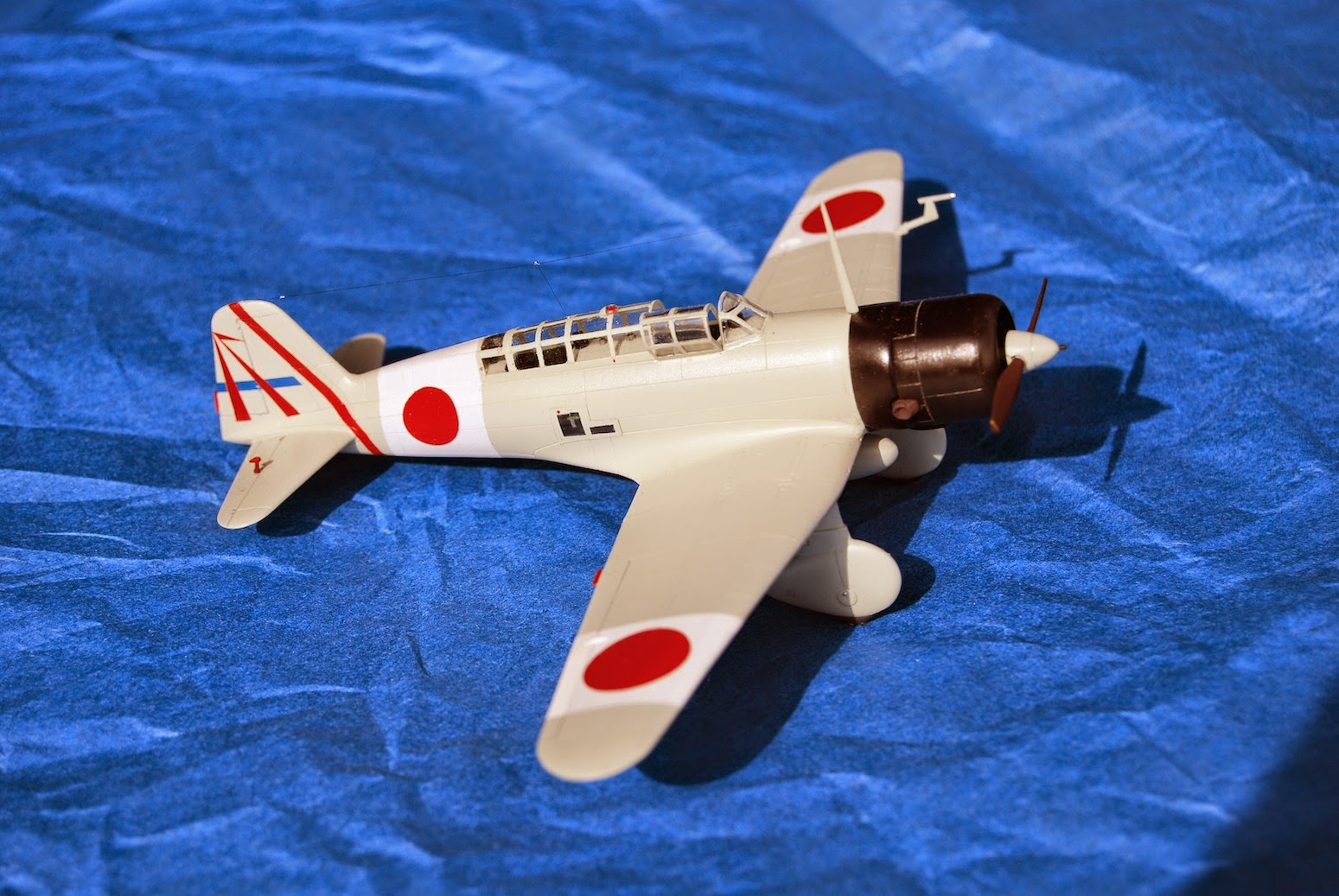 "I was inspired to build this particular model after seeing Kikuo Hashimoto’s artwork showing the white home defense bands and striking tail markings of the 17th Independent Chutai.  Besides its beauty, it was a good candidate to avoid decals, all its markings being pretty straightforward geometrically for making stencils and spraying paint.  I used clear cellophane tape for the landing light lens and for the fuselage side windows. 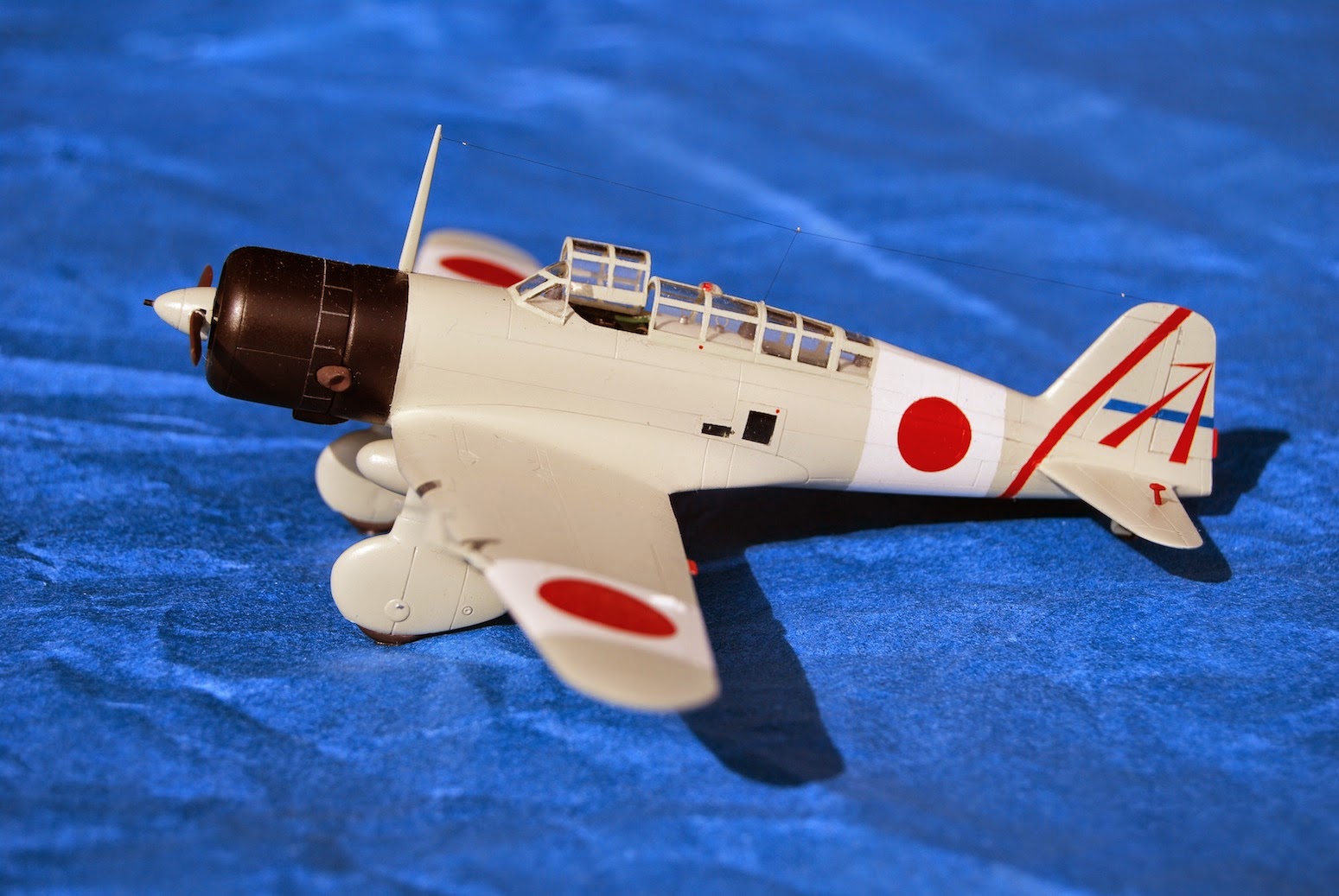 "As to further details, the engine is the kit’s weakest point, and unfortunately Vector hasn’t gotten to the Ha-25 yet.  Yet another reason Rob Taurus should tackle this model with an upgrade set!  One can use the superior cockpit parts from the Mania / Hasegawa “Babs” kit, with a little fiddling – as well as extrapolation from other Japanese recon and communication types of the period, and the much-traveled cockpit drawings made in England after ‘Kamikaze’ landed at Croydon.  Those drawings are good general guides but having said that, besides camera equipment, it’s hard to say what went where.  The Ki-51 Sonia, a Mitsubishi contemporary which is better documented internally, might be worth a look for ideas.  The Ki-15-II apparently had different equipment from the military –I version for the RDF / radio-compass equipment, and the LS kit reflects that, but the later generation equipment and military configuration with reconnaissance cameras and radio gear were bound to make for a quite different setup.  The best source to try to reproduce camera and radio equipment would be Robert Mikesh’s Japanese Aircraft Equipment 1940-1945 (Schiffer), which is a very fine companion to his earlier Japanese Aircraft Interiors (Monogram, long OOP) – and easier to find now.  I mentioned in the earlier article that the Ki-15 – any version – is not even in the index of the massive Interiors book; sadly that’s the same case in Equipment.  The fact that Mr. Mikesh has always been scrupulous to make no claims without documentation that he found convincing has only made his work more credible, and in the same way he avoids guesses.  But in the case of the Ki-15 / C5M aircraft, a modeler might need to do so, especially if the rear canopy is opened.  That could begin with the great coverage of Japanese aerial cameras in the Equipment volume.  The best Japanese camera may have been the Konica copy of the American Fairchild F-8!  Is that the one to choose?  In the Mikesh tradition, I can only offer the words of Francis Urquhart, the original “F.U.” of the original House of Cards: "You might very well think that; I couldn't possibly comment." 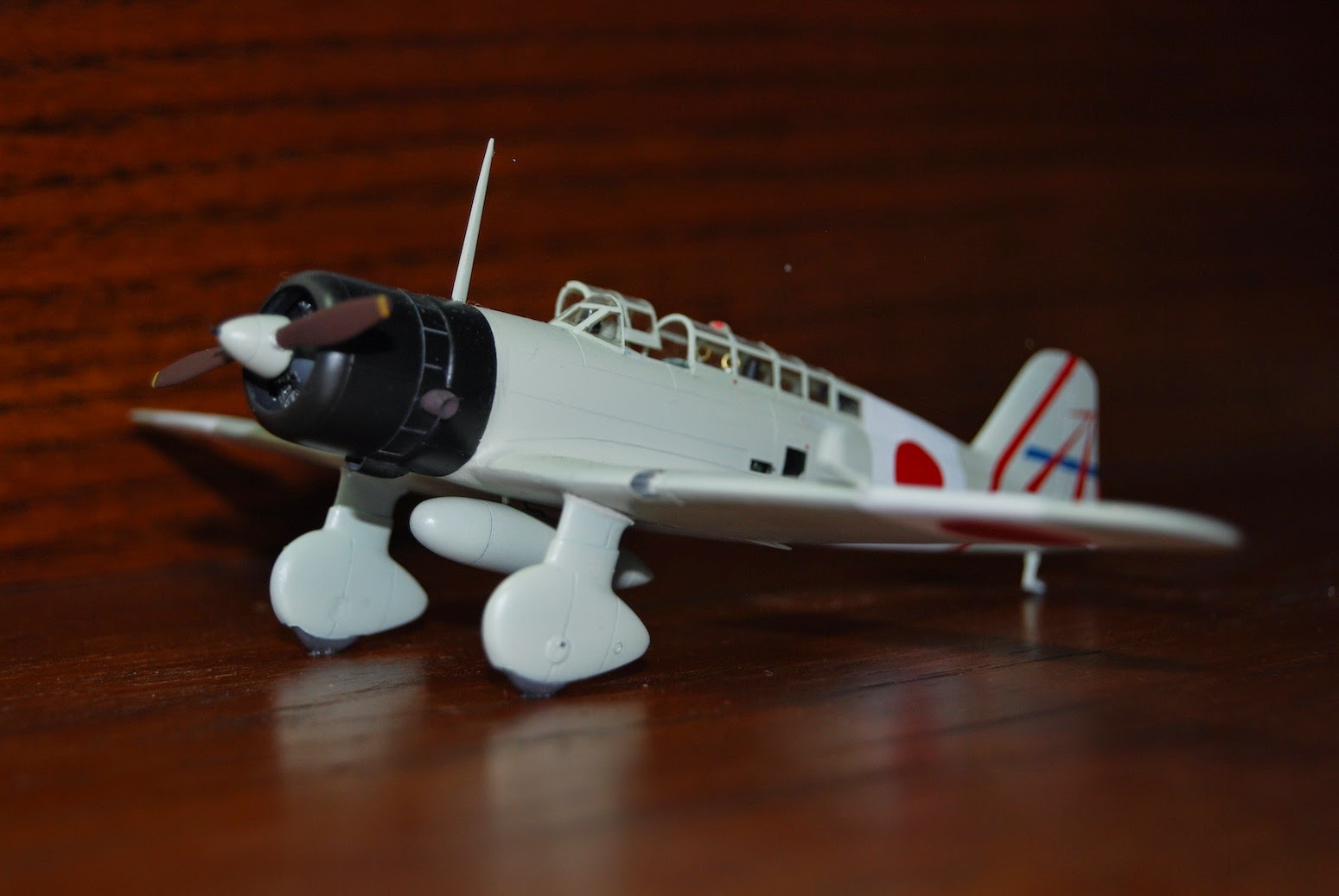 "I cut the front canopy section of the model with in order to pose it open, scribing its cathedral fold down the middle until it could be gently folded.  I missed a key detail here, however, something I learned of only when Ed Esposito saw the model and pointed out that the bottom corners of the opening section travel on tracks on the inside edges of the stationary canopy sections, instead of appearing freely suspended as on the model.  I had searched in vain for clear photos showing this back then. 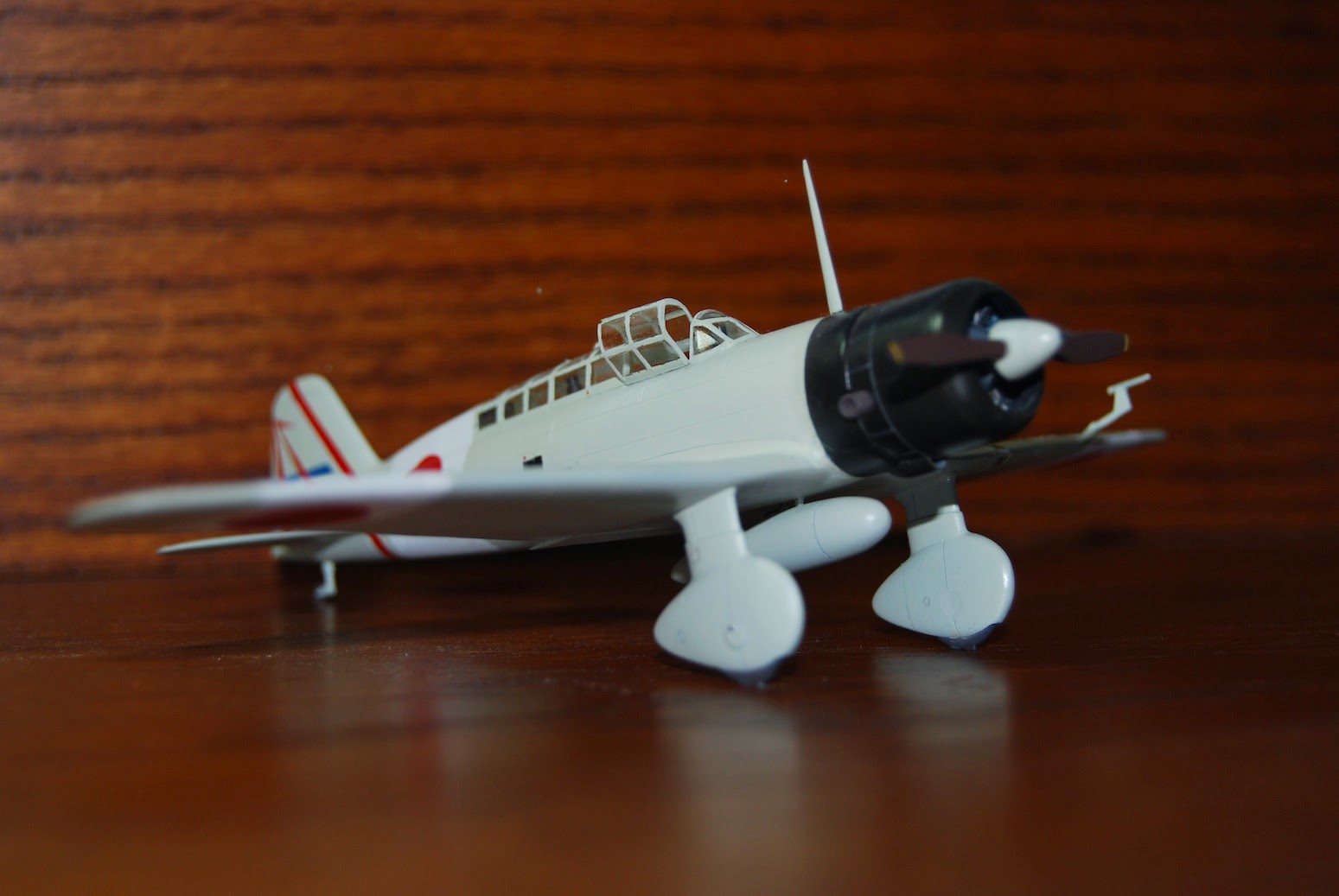 "Only the final C5M2 version had a more traditional canopy with a sliding section, the rear edge of which rested against the antenna post when opened.  Visibility was a notable problem in the earliest Ki-15 design, and the canopy sill was deepened early in production of the -I series, and even further on the later versions, with retrofits confusing the issue even more for modelers.  Another matter of 20/20 hindsight on this model involves the overall color.  I would choose a darker shade of light grey-green, with the olive tone, a color now associated with the Zero.  The Ki-15-II was produced by Mitsubishi during the time it was making the Zero fighter, and several existing relics that are clearly identified as being from Ki-46 “Dinah” airframes (the Mitsubishi aircraft that replaced the “Babs”) have been tested with modern methods that indicate that the same light olive-grey was used as an overall color; it makes sense to me that the same color would have been used for the Ki-15.  An excellent post on this color, and how it was corroborated through relics from a crashed Ki-46-II airframe brought down over Coomalie, Australia in July 1943, is found here. 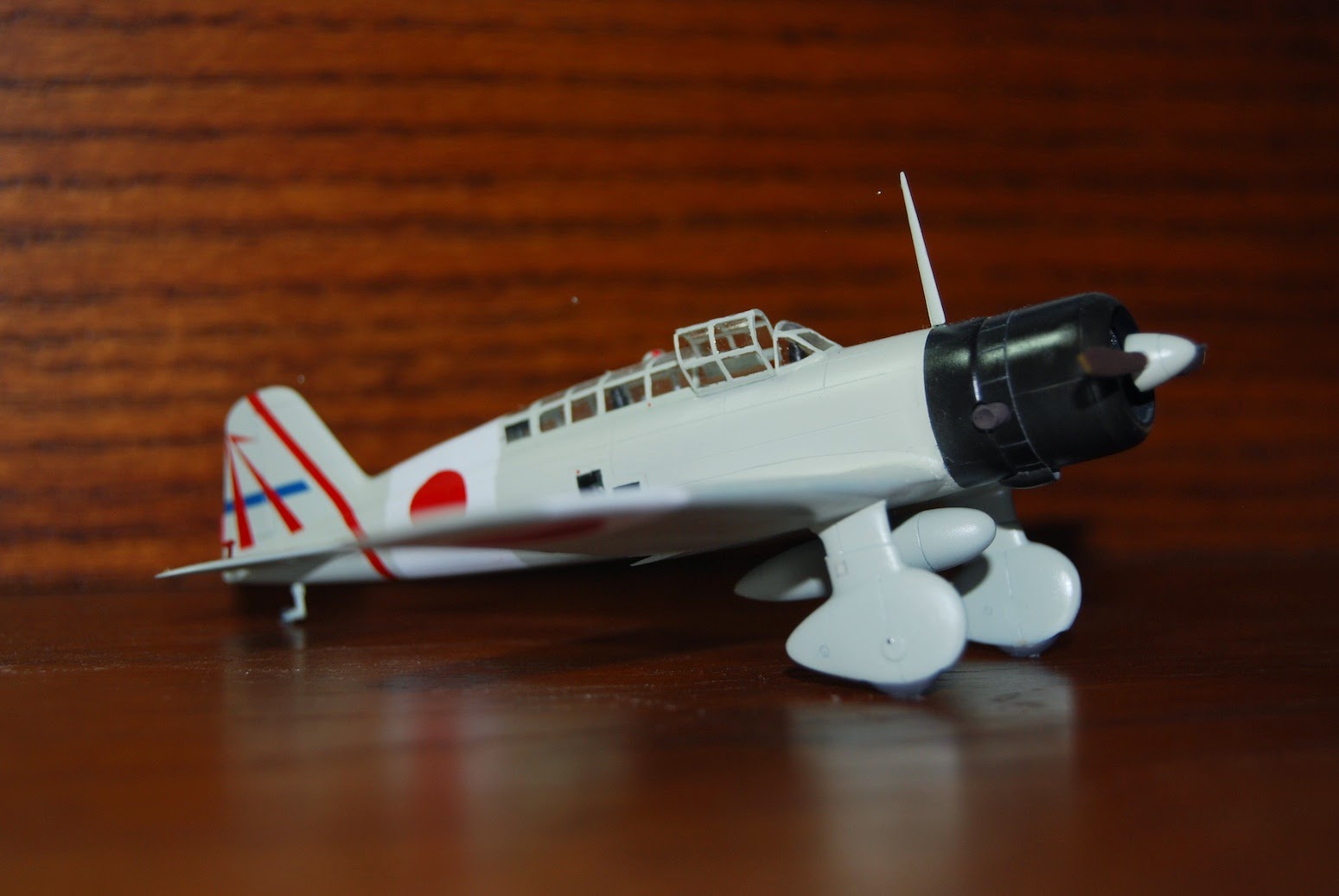 "The Chinese reportedly operated several Ki-15s captured at Harbin after the war, not retiring the last one until 1951.  But none remain.  What a great subject it would be for a replica.  I would like to see the looks on their faces at Oshkosh when this one emerged from the distance and floated into the pattern. 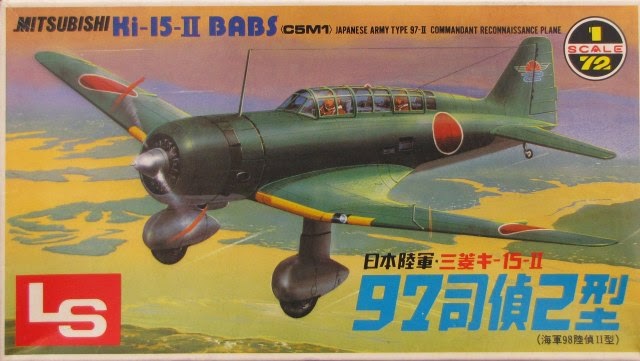 "Thanks again to Mike Quan, who kindly provided these photographs – as well as “covered parking” for the model over the last thirty years."

Thanks Mark! And a useful demonstration to those forum pundits who like to believe that wartime colour photographs are reliable evidence of paint colour and argue long and hard (and sometimes quite rudely) about what they think they are seeing. The model here is painted in one measurable colour but photographed in two sessions. Which colour in the images is the "right" one? Bah, humbug!

Zbyszek Malicki's model of the earlier Ki-15-I also made from the LS kit can be seen here. And there were a couple more excellent 'Babs' models by Michael Driskill and Jeff Groves featured here. Marian Holly's model of the Ki-15-I built from the Mania kit (now Hasegawa) can be seen here. One thing that should have been mentioned in this Babsfest is that AZ Model had announced a new 1/48th scale kit of the Ki-15 in 2010 but it has not so far been released and seems to have disappeared from their website!

Mark, I really enjoyed seeing your beautiful builds here. I too am a fan of the "Babs" and the fine old LS kits. I think the later versions with two-row engines are particularly sleek, though they seem lesser-known.

Thanks so much for posting about this wonderful build!