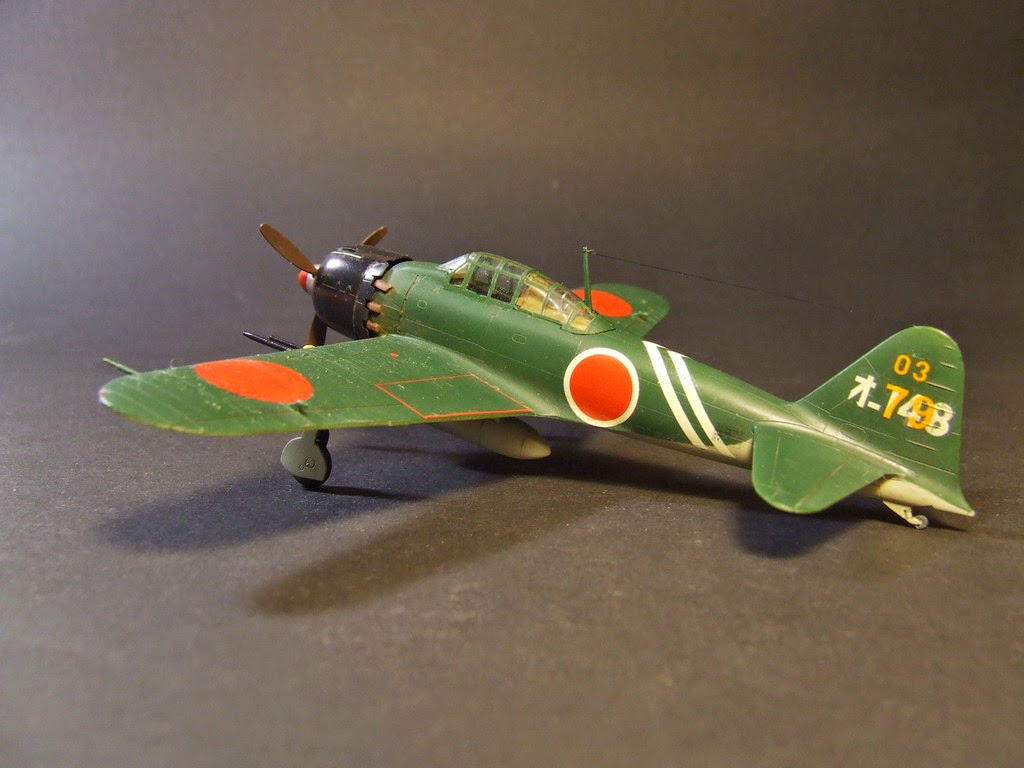 Maxim Gorbatyuk from Odessa in Ukraine kindly sent these photographs of a Hasegawa 1/72nd scale Mitsubishi A6M5c built from the box and finished as one of kit options as an aircraft formerly of the 203rd Kokutai at Omura, Japan in August 1945. 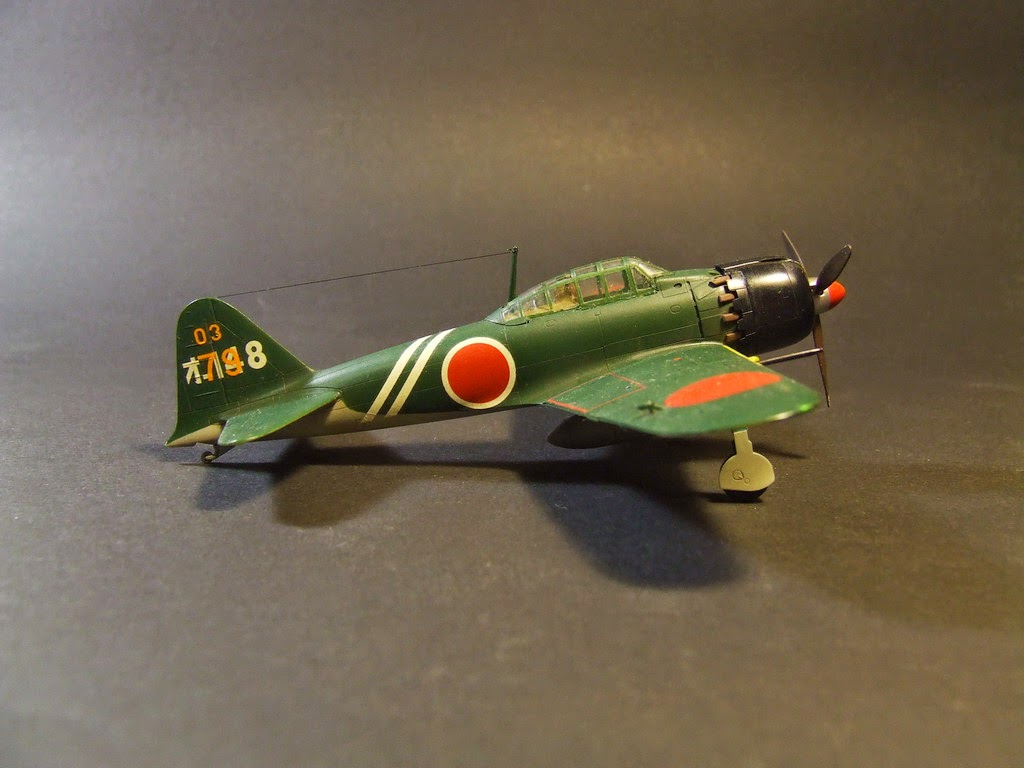 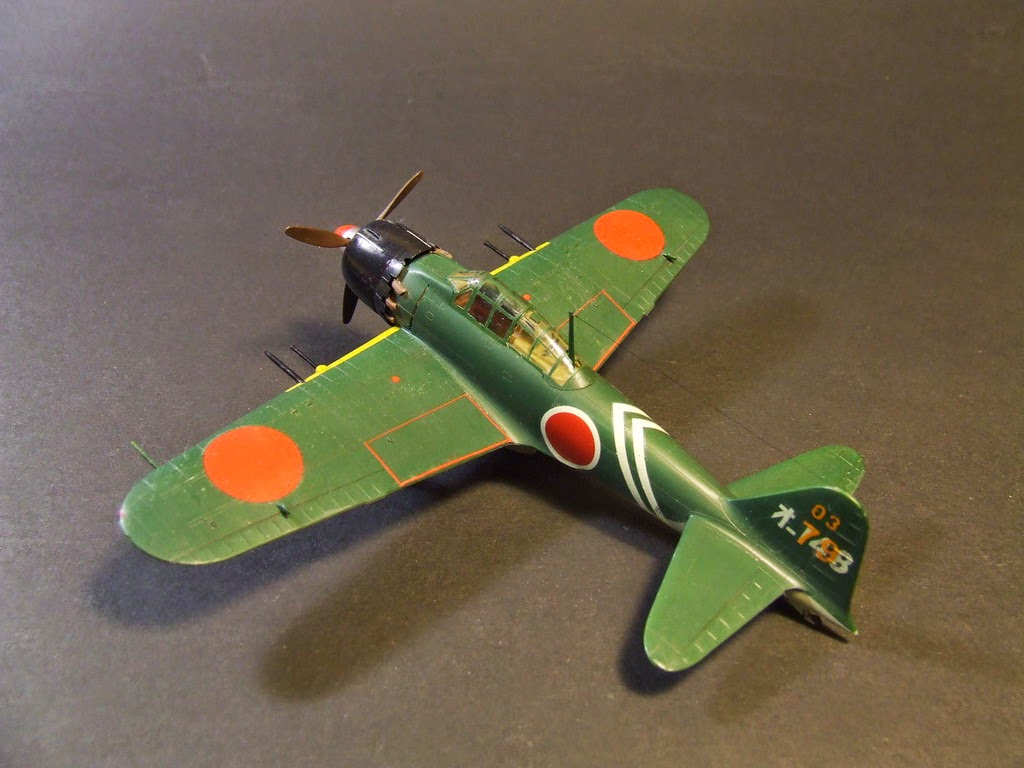 The remarkable thing about this model is that apart from Maxim's assistance with the canopy masking and attaching the aerial wire this excellent model was built and painted entirely by his 11-year old daughter Katherine. I look at the model and think ruefully about the sort of models I built when I was 11, even casting a few suspicious glances at models made more recently too! Katherine deservedly won the 1/72nd scale Junior Class with her Zero at Lviv Scale Model Fest, the local Ukrainian scale model show. Well done! 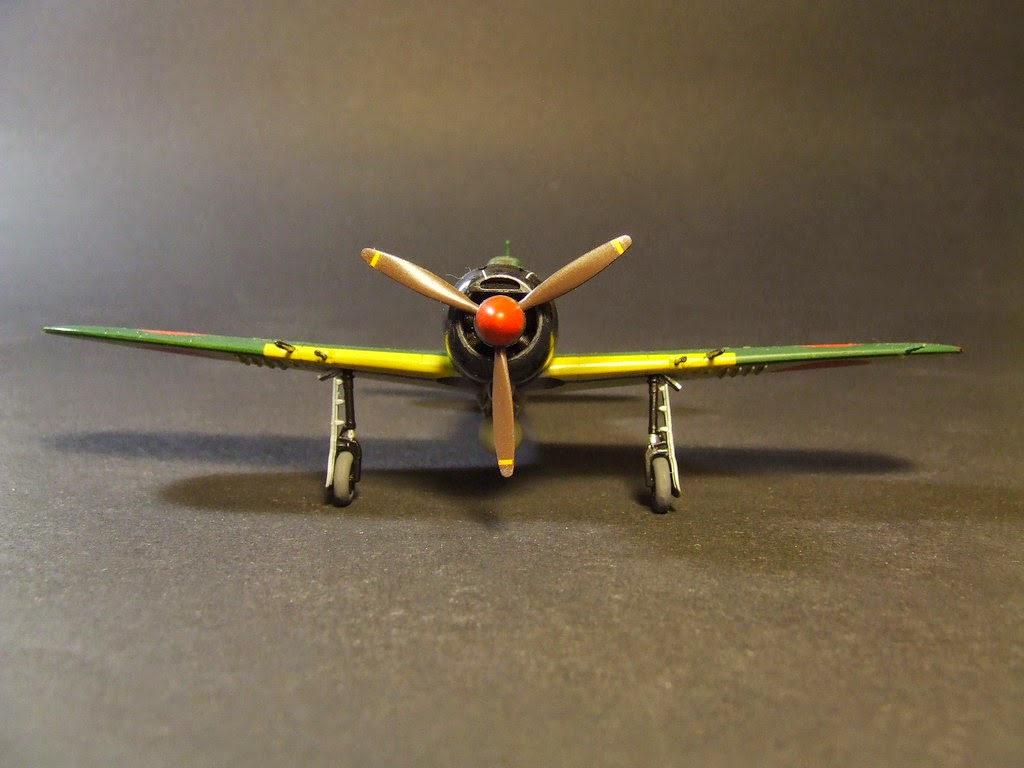 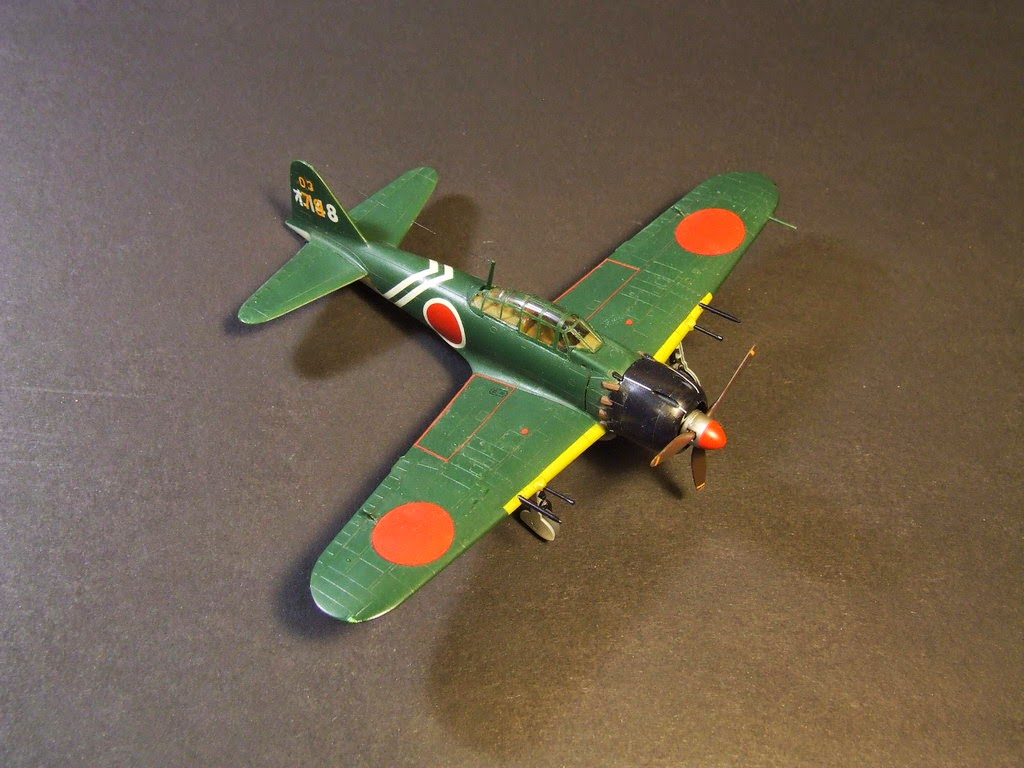 GSI Creos ('Gunze') Mr Color paints were used throughout with an AK Interactive wash and some oil dots technique. The rear decking under the canopy was painted in the interior colour in accordance with the Hasegawa kit instructions, also suggested in the recent Tamiya kits, but Maxim was aware that it should really have been the blue-black anti-glare colour. The build report for the model is here. With special thanks to Maxim and Katherine for the model pictures. 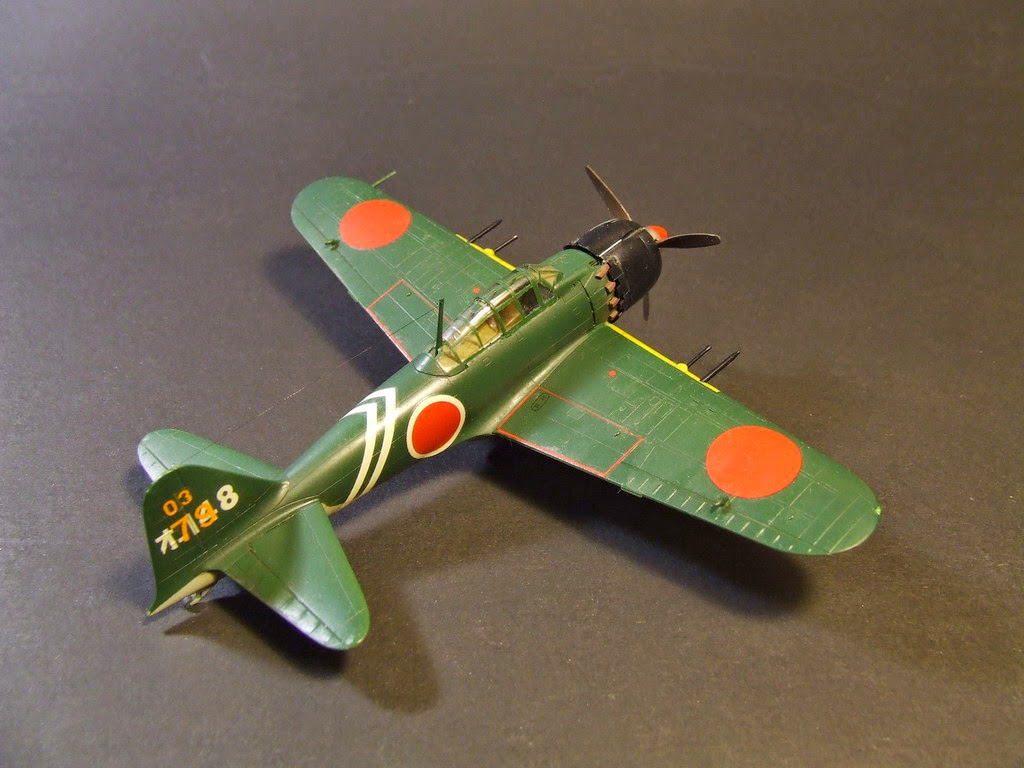 Way to go Katherine! That is amazing work at your age - it's a great job for an adult! I hope you continue building models, you have the talent for it.

Good lord, there must be something in the water in Eastern Europe. As you said Nick, I remember what my kits looked like when I was eleven, and I don't know that my talents now would yield much better.

Congrats to both! A great modeling team.

As the father of an 11 year old daughter who has also built models, all I can say is great job Katherine!