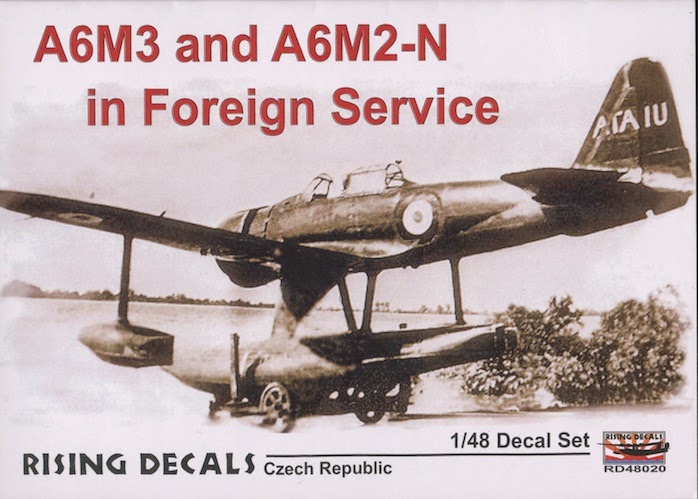 An interesting collection of releases from the prolific Rising Decals recently. First up is set RD48020, a sheet of 1/48th scale markings for two foreign service subjects. Firstly an ex-582nd Kokutai A6M3 Model 22, painted white with green surrender crosses and the partially visible original unit code 2-152 as flown briefly by the RNZAF and now surviving at the Auckland War Memorial Museum in New Zealand. Secondly an A6M2-N 'Rufe' float fighter evaluated by ATAIU-SEA (Allied Technical Air Intelligence Unit - South-East Asia) and flown briefly and fatally in Indo-China by the French in September 1946. 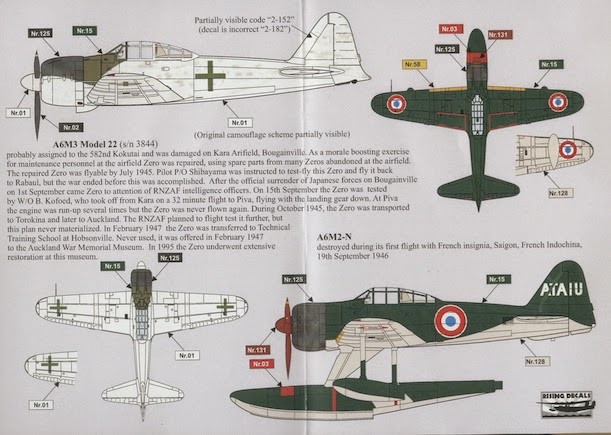 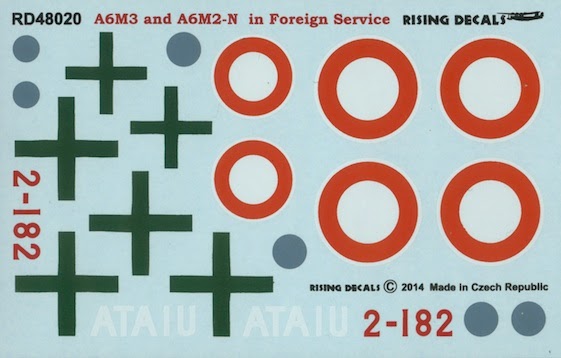 Captured Japanese aircraft subjects seem to be perennial favourites with modellers and both these will present engaging finishing and weathering challenges in order to produce unusual models. 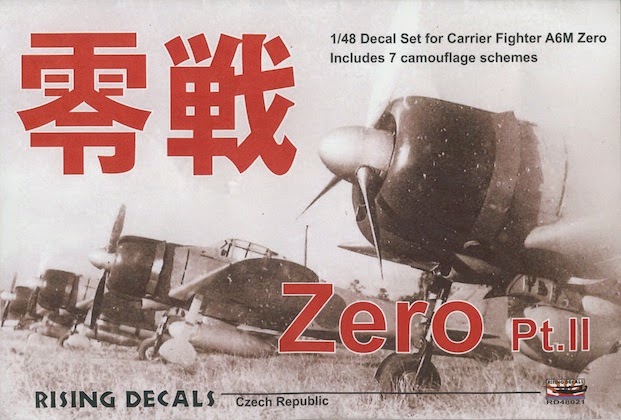 The next 1/48th scale set is RD48021 Zero Pt II offering a second set of decals for seven examples of the ever-popular Mitsubishi A6M. 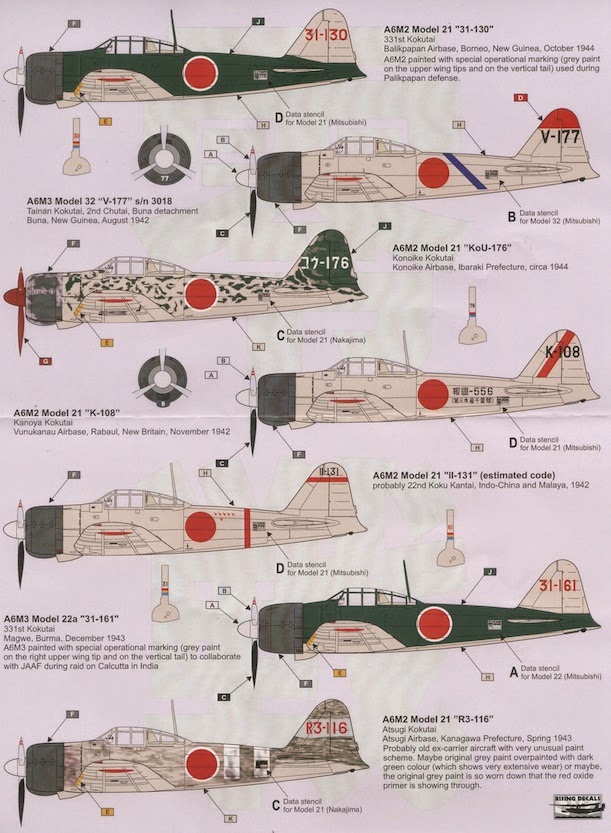 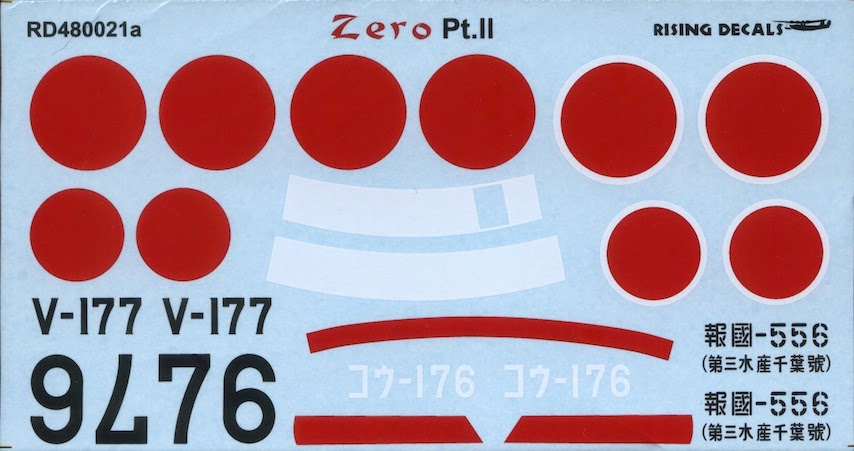 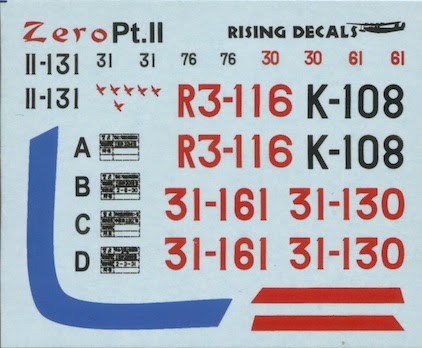 This set provides for some of the more unusual Zero schemes in a popular scale but provides plain and bordered Hinomaru for only one aircraft. 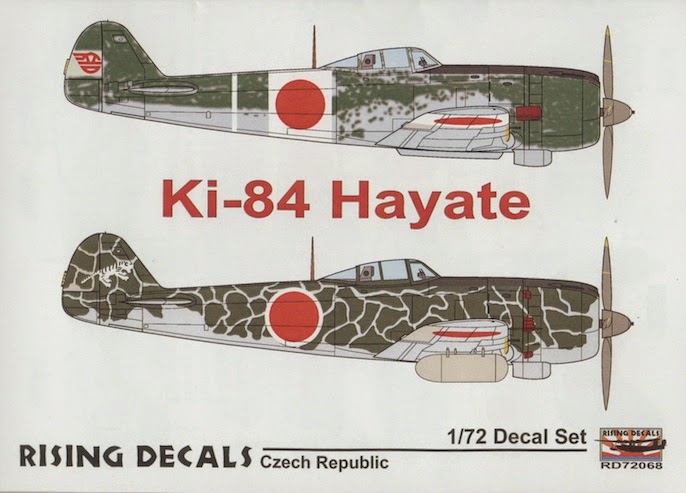 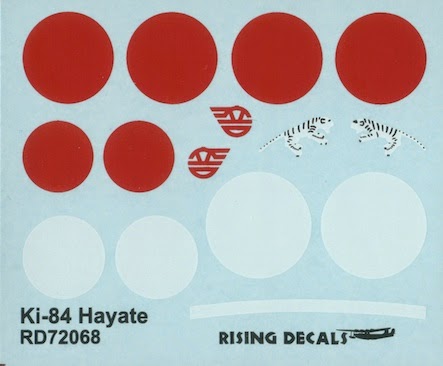 Two most interesting Ki-84 subjects for the Sword and/or Hasegawa kits, although Lt Yamana's Hayate already features as a subject on the Lifelike Decals sheet for Hayate Pt.2  72-027. 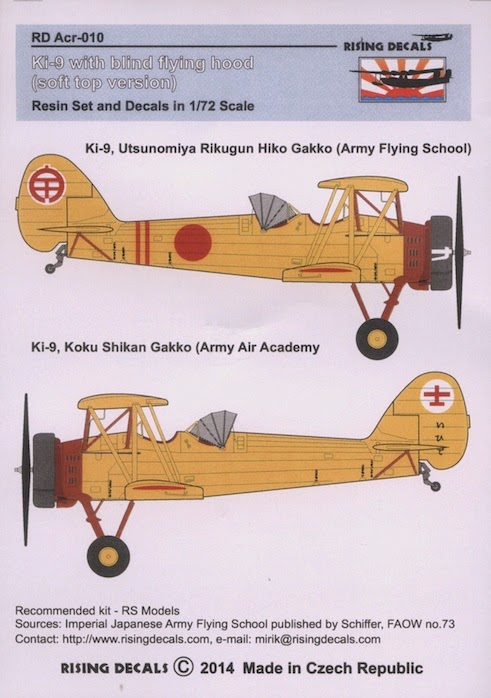 RD Acr-010 (above) includes alternative markings for the Utsonomiya Army Flying School and Army Air Academy together with a resin blind flying hood of the soft top type. 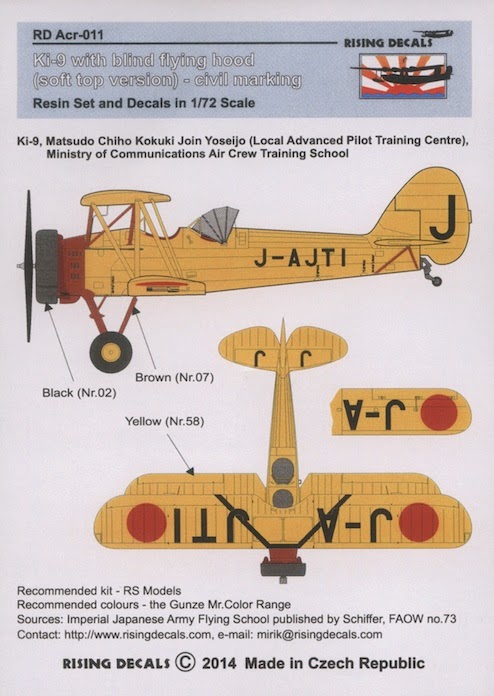 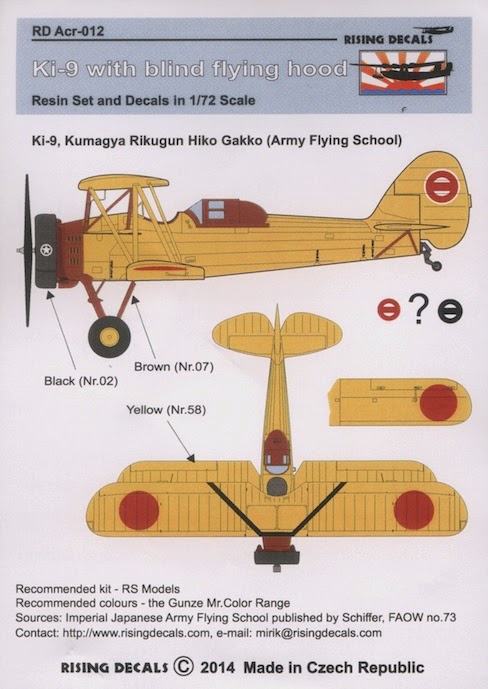 RD Acr-012 has markings for a Ki-9 of the Kumagaya Army Flying School with a vacform solid type blind flying hood. Alternative red or black flying school insignia are included. This aircraft also has an unusual white star marking on the cowling. 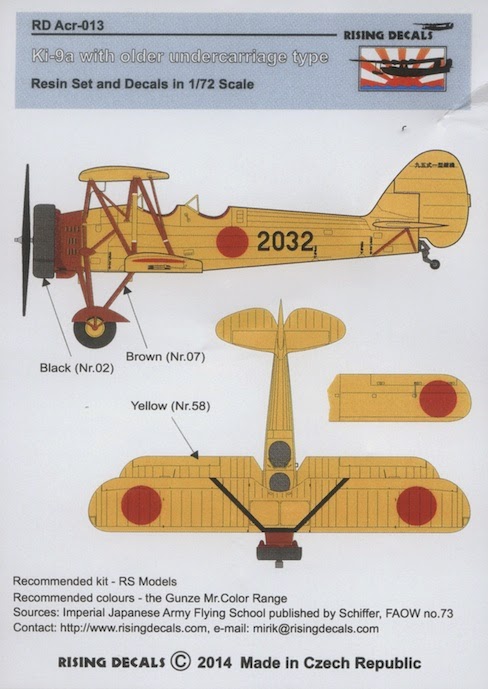 RD Acr-013 has resin parts to represent the early undercarriage style with spats and the markings of a trainer at an unidentified Civil Flying School with the fuselage number 2032. 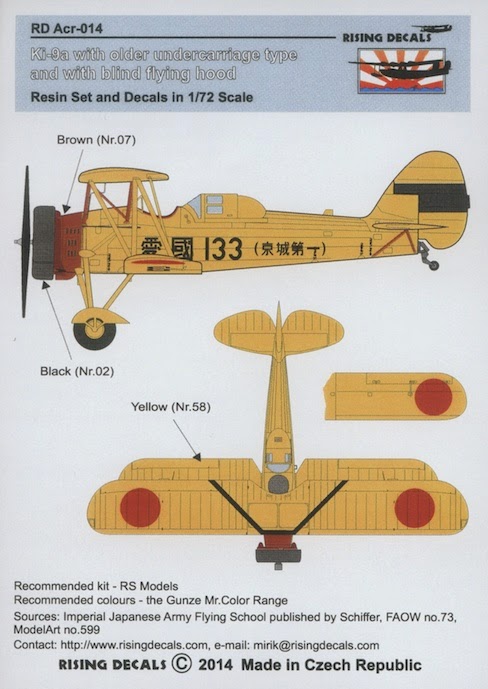 RD Acr-014 combines the early resin undercarriage and vacform solid type blind flying hood with markings for a trainer at  an unidentified Army Flying School with aikoku presentation markings for # 133. All these sets offer plenty of alternative and colourful options for finishing the very nice RS Models Ki-9 kit.

With thanks to Mirek of Rising Decals for kindly providing all the review samples detailed above.

Some really interesting schemes there, thanks for bringing them to our attention!

Re "31-161. This aircraft has the grey painted tail fin and starboard wing tip used as recognition markings during a joint IJAAF and IJNAF raid against Calcutta but sources differ as to whether just one or both wing tips were painted for the operation." I'd love to model this a/c, and am naturally curious if you lean either way on the wingtips. I remember one photo you published on the blog, a distant in-flight shot showing a Zero banking over Kowloon, IIRC. Does that photo or any others you have seen give any clue as to the wingtips. Rising Decals never fails to turn up the most interesting alternatives for Japanese markings!

Where can I buy Rising Decals here in the states?

I don't usually publish anonymous comments but Scott's Model Workshop in the USA sells Rising Decals through eBay. If you put 'Rising Decals' into the eBay.com search engine you will find them trading as 'rebelalpha'.