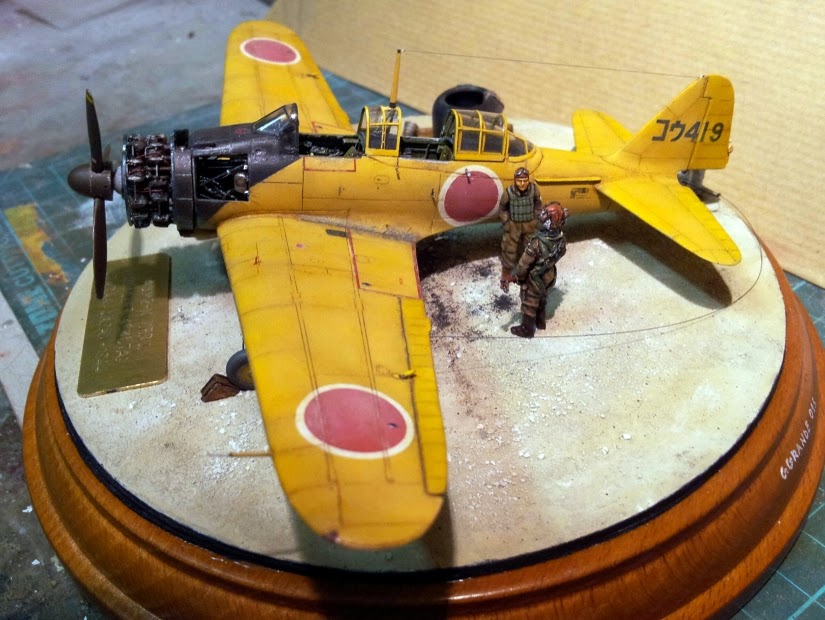 Modeller Giuseppe Grande very kindly sent these images and information about his superb 1/72nd A6M2-K Zero Trainer vignette featuring a painstaking conversion of the Tamiya A6M2 kit. One can almost feel the heat of the sun on that bleached airfield concrete. 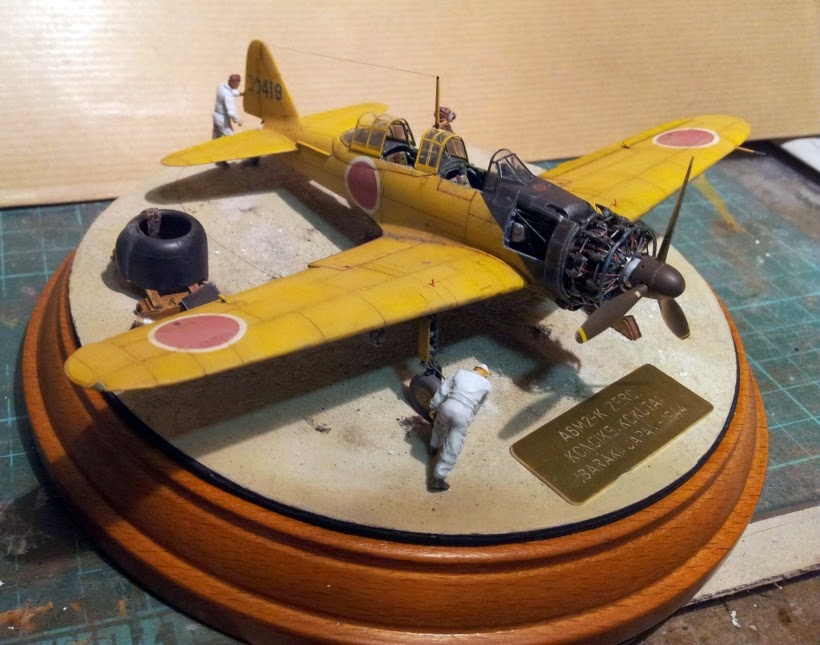 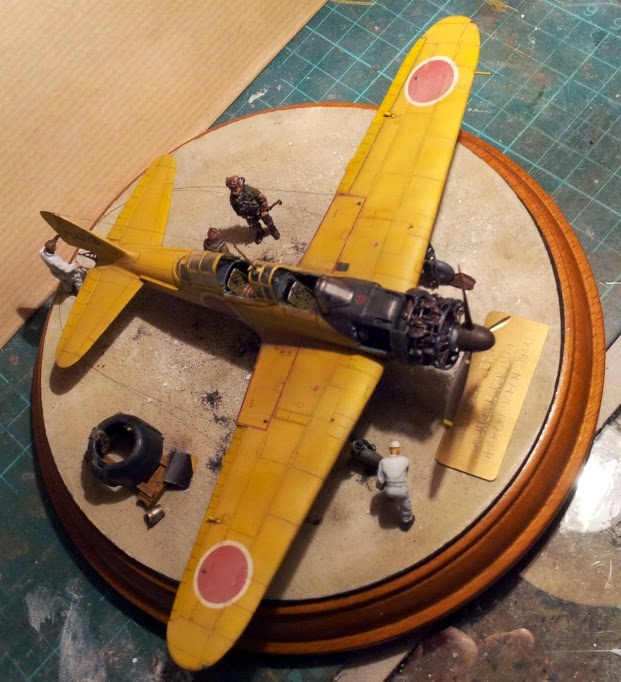 Giuseppe originally planned to use the AML kit but found it undersized and elected instead to convert the recent Tamiya kit using some AML parts. A challenging part of the project was completing the rear cockpit of which details are obscure. Nevertheless Giuseppe was able to elicit indications from an exhaustive article at j-aircraft.com.  He opened up a rear compartment on the Tamiya kit and scratch  built the cockpit using the AML kit as a guide. The front cockpit, almost perfect in the Tamiya kit, was enhanced with an Eduard photo-etch set. Giuseppe also obtained the CMK set for the two-seater Zero as it contained ready to use parts such as a vacuum canopy and a resin cast rear fuselage framework. 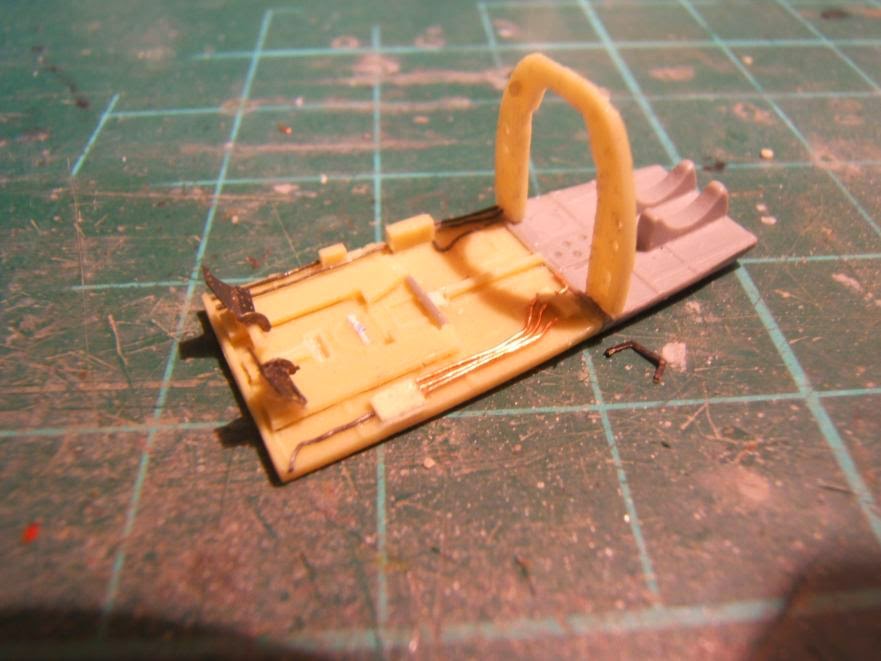 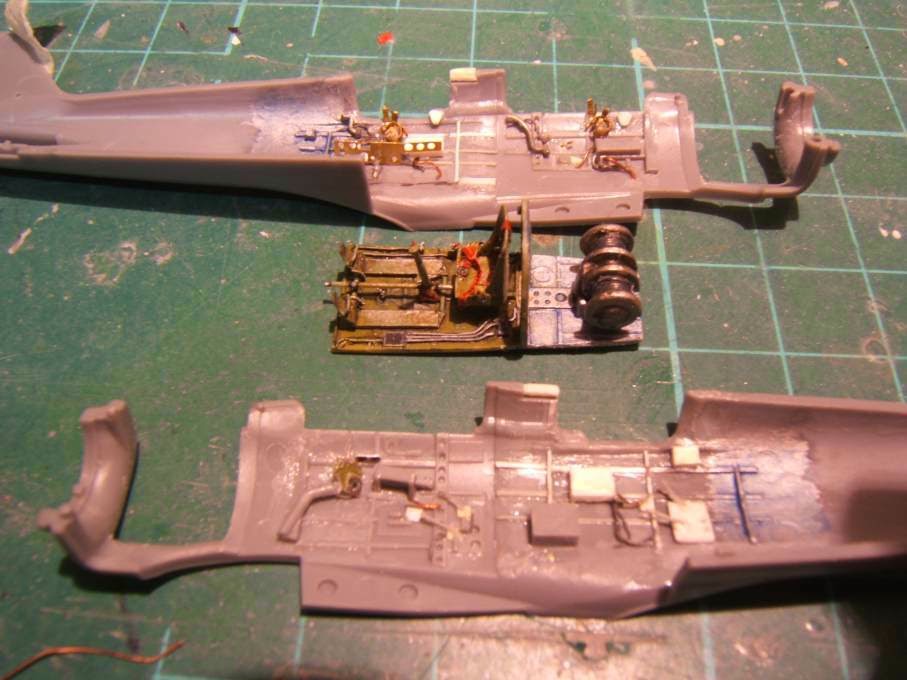 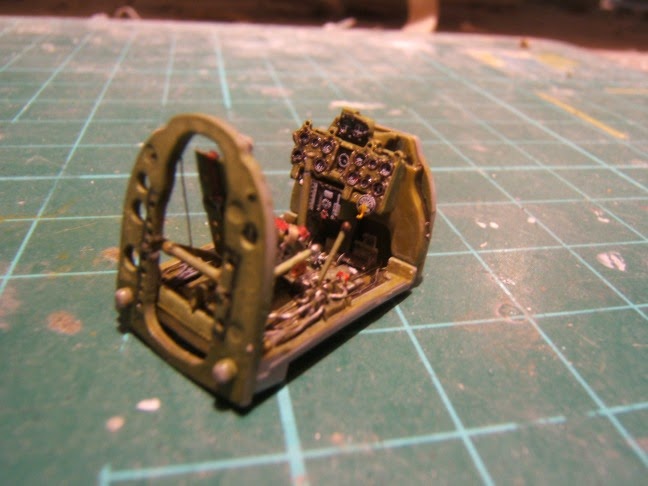 Giuseppe fabricated the rear cockpit fuselage fairing using a vac-form of the CMK resin cast part. This problematic operation required special attention as well as a lot of work and Giuseppe recommends it only for very experienced modellers. The exposed engine is a CMK Nakajima Sakae with replacement Vector heads to which were added some Eduard photo-etch parts. The exhausts were fabricated using 1mm lead-wire. The flaps and undercarriage were detailed using Eduard phot-etch whilst the wing pitot was made from plastic rod. 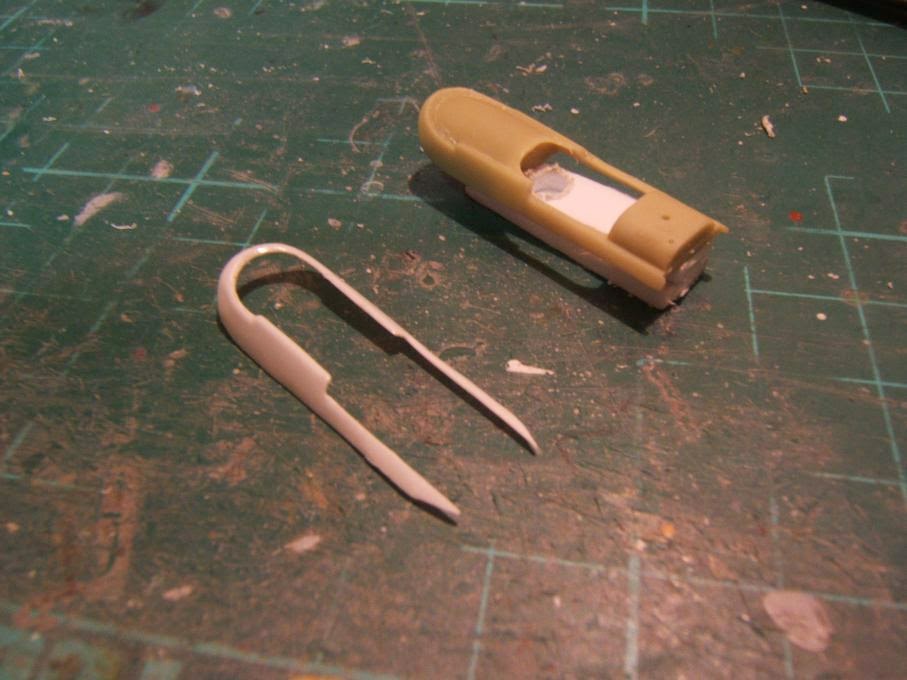 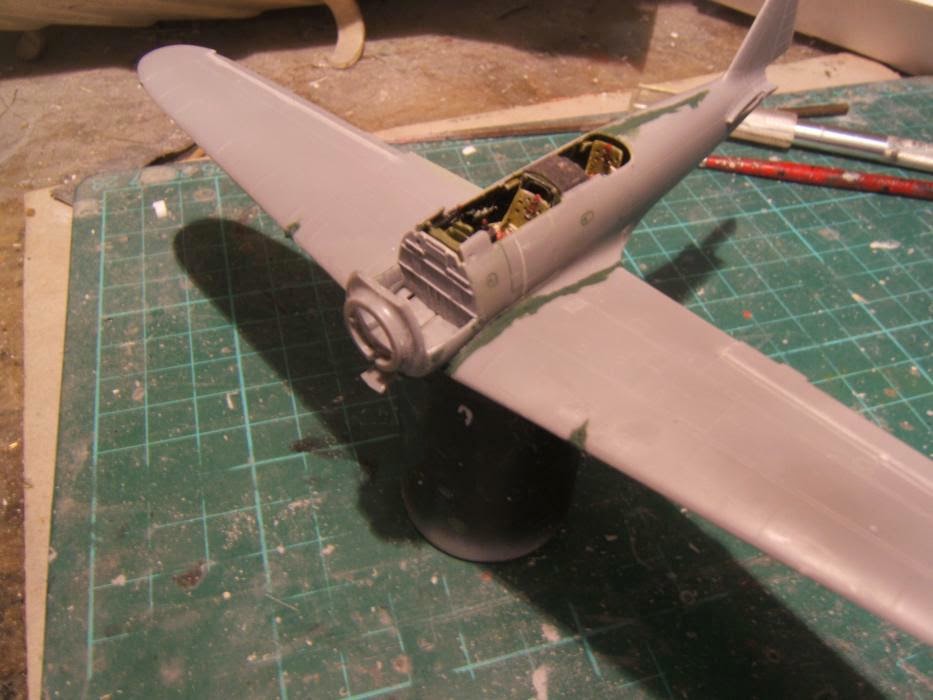 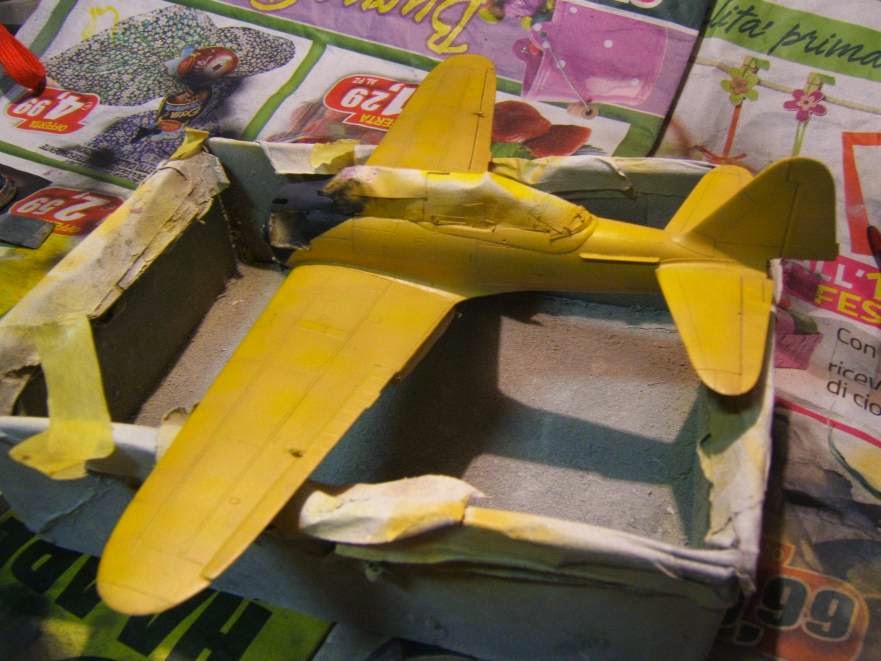 Giuseppe painted the model to represent a well-used, faded and subdued finish using an orange-yellow ochre colour matched to FS 33434, weathered with brown oil paint and Citadel inks. The CMK figures were finished with Vallejo acrylics and Citadel inks. Giuseppe made the base himself and added resin and Brengun photo-etch accessories such as the bucket and tools. 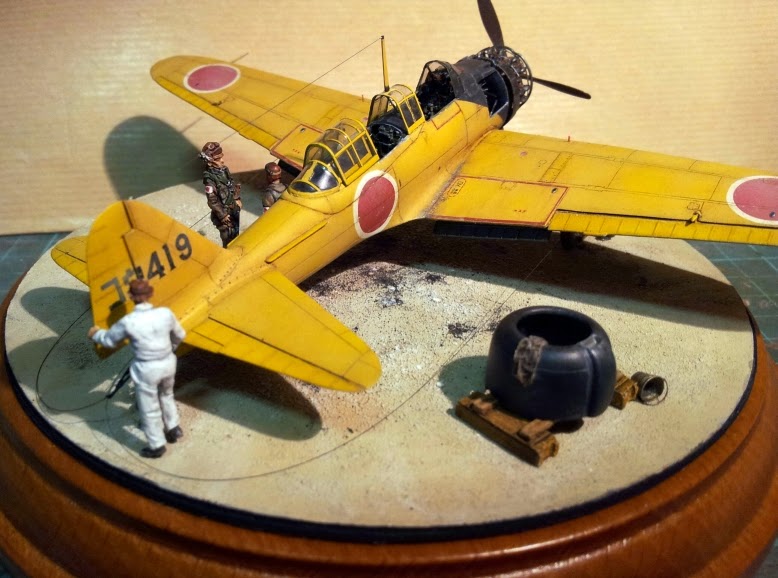 With special thanks to Giuseppe for sharing these images with Aviation of Japan.

This is so truly outstanding Nick! I really wish you'd stop posting these great builds, they make me want to take up stamp collecting, LOL! ;) ;) ;)

This one will be saved in my "builds file" for future reference.

Great job, Giuseppe!
I can perfectly understand what it means such a conversion job as I (unluckily) chose to work on the awkward AML A6M2-K. It nearly ended into the waste bin before completion. If I will ever build another -K I will definitely start from the Tamiya kit. The diorama is delightful as well

Congratulations, Giuseppe, on such an commanding project that turned out so well. Only late February, and already a raft of interesting and ambitious projects shown on the blog... Mark S

Absolutely stunning even more so in especially considering the scale. This is an amazing piece of work and reminds me of my effort, which I did in 1/48. Bravo!

This work was planned and completed in just eight months ...thanks to all for positive comments..;)

I don't know why, but trainer yellow looks amazingly good on a Zero! Fantastic model.