Has it really been nearly 7 years? 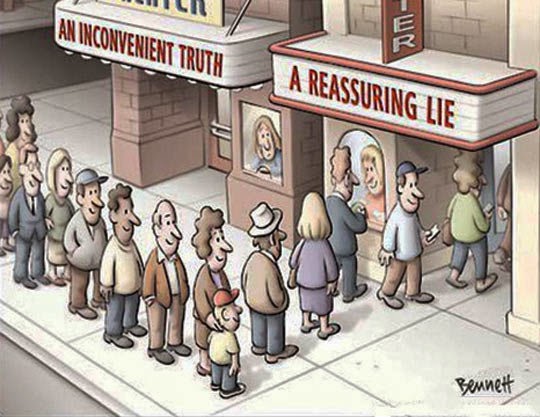 You have put out a LOT of great information in the last seven years Nick. Many thanks for your labors sir.

Just a pity it is so often ignored or under utilised because the man is played rather than the ball.

Well, I sure do appreciate it. I have several builds in the pipeline that, when finished, will only be a decent representation because of your information.

I just about did a "spit take" when I clicked on that link to the LSP posting. Having seen the cockpit in question years ago, I find it ABSOLUTELY FREAKIN' HILARIOUS!

While I'm three or so years late with a reply, I have a burning temptation to post a link (http://colorserver.net/showcolor.asp?fs=15092) with the caption "yes,this is green".

Your post is spot on the money, Nick, as usual. Keep up the good work, and know that there are those who appreciate your analytical approach. As you allude, it's better than just "making s**t up"!

Sure glad you're keeping up with your blog Nick. I find it interesting whether I'm actively building or not, just the illustrations, other guys' projects, etc., is fun to watch. Also, I'll put in a bet now that after all these years, it'll be Airfix who will bring out the penultimate 1/72 Ki-21 Sally kit for all of us! I just have a 'feeling' these days the way they're cranking out the kits... George D

Well, as the administrator of LSP, and a poster in the thread you linked, I'm not quite sure I understand what you're getting at Nick. I'm not into colour accuracy myself, and don't follow all the latest research and findings, and also confess that my eyes glazed over pretty early into your own article. A neat summary of why the LSP thread is 'hilarious' (which I assume to mean 'wrong') would be appreciated.

I'd also like to point out that it might be slightly more positive and productive to contribute by posting more knowledgeable and accurate information to the thread in question, if you have it. This, in preference to throwing snide bombs from the sidelines.

Well, I didn't say it was 'hilarious' but the point is that whether or not your eyes glazed over the information about Shinden colours was posted on my open access blog in 2008 (searchable by Google) and included colour chips whereas the LSP thread was in 2011.

Well, Kevin, I thought I had already posted accurate information by publishing it three years before that thread at LSP which managed to impart so much speculative and misleading information.

As for "snide bombs" you mean like referring to your eyes glazing over about work that took me many hours to collate and analyse for the benefit of others?

Well, you know yourself Nick, that websites and forums can be pretty insular places, and many of us "don't get out much". It should be obvious that if anybody posting in that thread had seen your article, it would have gone in a different direction. If you're *really* interested in enlightening modellers about colour accuracy, sign up, sign in, and set us straight! All it takes is a gentle nudge in the right direction: "Hey guys, I've been researching this very topic for a very long time, and posted my findings way back in 2008. Check them out at my blog: [link]."

And no, my comments were not meant to be snide; just an indication that I'm not actually all that interested in the topic myself (relatively). Don't go looking for slights where they don't exist. I'm not here to pick an argument with you, but you seem pretty hot for one. I was hoping to encourage you to come on board and enlighten us - something we'd welcome and be grateful for, I'm sure.

I began the blog because it seemed impossible for objective data to cut through endless speculation and opinion in message threads on forums. Sadly, it still is. The factual data can get lost and the same questions and speculation come up again and again, often confusing the subject and perpetuating the myths.

I only came across the Shinden thread recently and it was too late to intervene. This blog was more a rueful point about whether there is much point in continuing, something I've been giving thought to of late, rather than having a go at your forum. One would like to think that for anyone seriously building a giant Shinden model in 2011 the 2008 article would have been noticed and helpful (it comes top if you Google 'Shinden colours'!). That it apparently wasn't made me question the validity of this blog rather than your forum.

I don't have to go looking for slights that don't exist. I have been the target of plenty of real ones and could write a very long blog about them!

I am going to make a comment that may raise some eyebrows, just bear with me. Paasche recently quit production of their marvelous turbine AB airbrush. I called the factory and inquired as to the reason as the brush had been in production for very long time. I was told that in a nutshell, there was a steep learning curve to become proficient with the brush that people did not seem inclined to spend the time to learn how to use it correctly.
I see the same thing in many areas of modeling, where if one will do some some detective work many excellent answers can be found for one's question. However one must still be willing to read and study the published research. Your blog is such a place where many questions can be answered but one must invest the time to appreciate what is being offered.
Visiting your blog is a lot like a 5 star restaurant, many fine research "meals" have been presented here, to be savor and sampled. We are all the better off for your hard work here, my thanks indeed. 7 years? Wow! Looking forward to more years enjoying your blog and your research.
In appreciation, Pat Donahue

Dear Nick,
I would like to add my congratulations for your precious work and for these seven years. When I recently -too recently - discovered your blog I felt as if I had retrieved a long lost and forgotten treasure, something I was looking for since a long ago. Maybe I am not a good web 'sailor' but apart from one or two other sites I don't see around as many reliable and professional blogs as yours. Thanks again, Nick!
Danilo

As a first time blogger, Ive found your site as a wellspring of info. I build a lot of Japanese ww2 aircraft and in the past have been hamstrung by the lack of info, until I stumbled by accident across your website, now I can make an educated decision on what colours to use.please dont quit! I pass on the info that I get to my fellow modellers and give you ALL the credit. I have turned them on to your website. keep up the good work it is very much appreciated

Time flies! Thank you for your marvelous efforts, Nick!