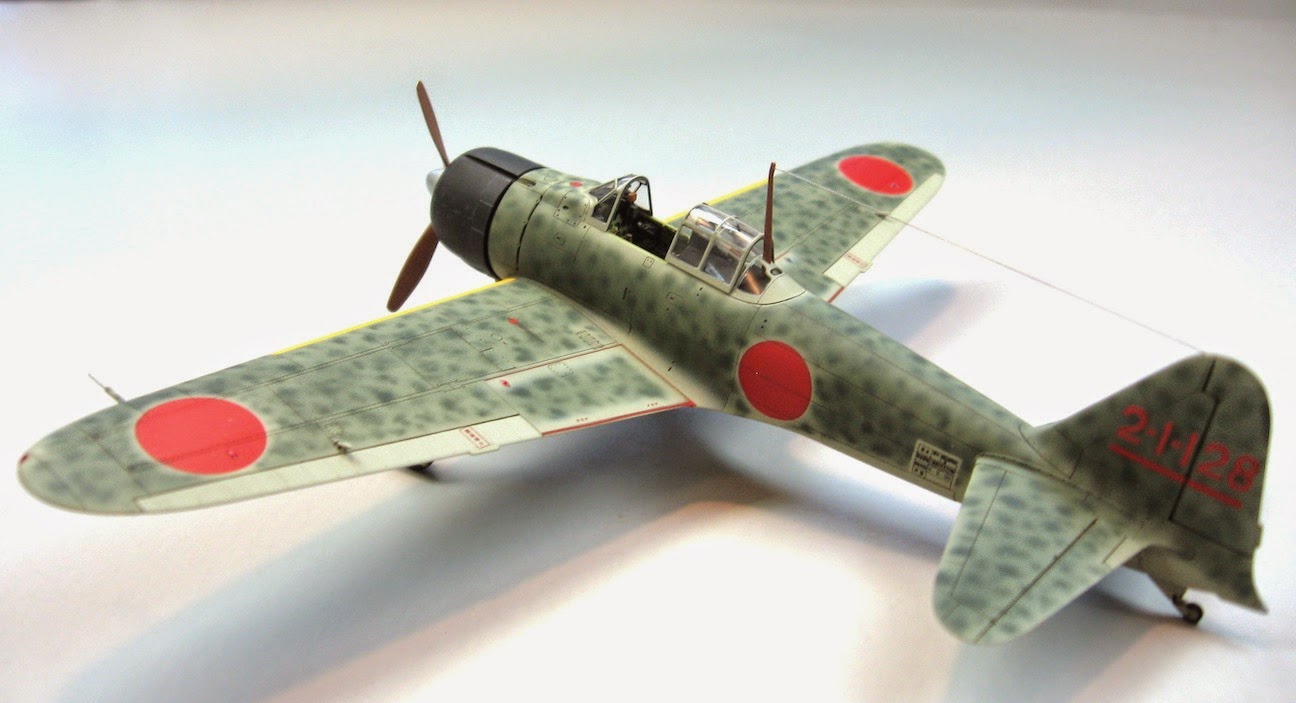 In the first of two presentations of Tamiya 1/72nd scale field camouflaged Zeros here are images kindly provided by Pat Donahue of his A6M2 built "out of the box" to IPMS rules to represent a field-camouflaged Nakajima-built machine from the Solomon Islands campaign of early 1943. 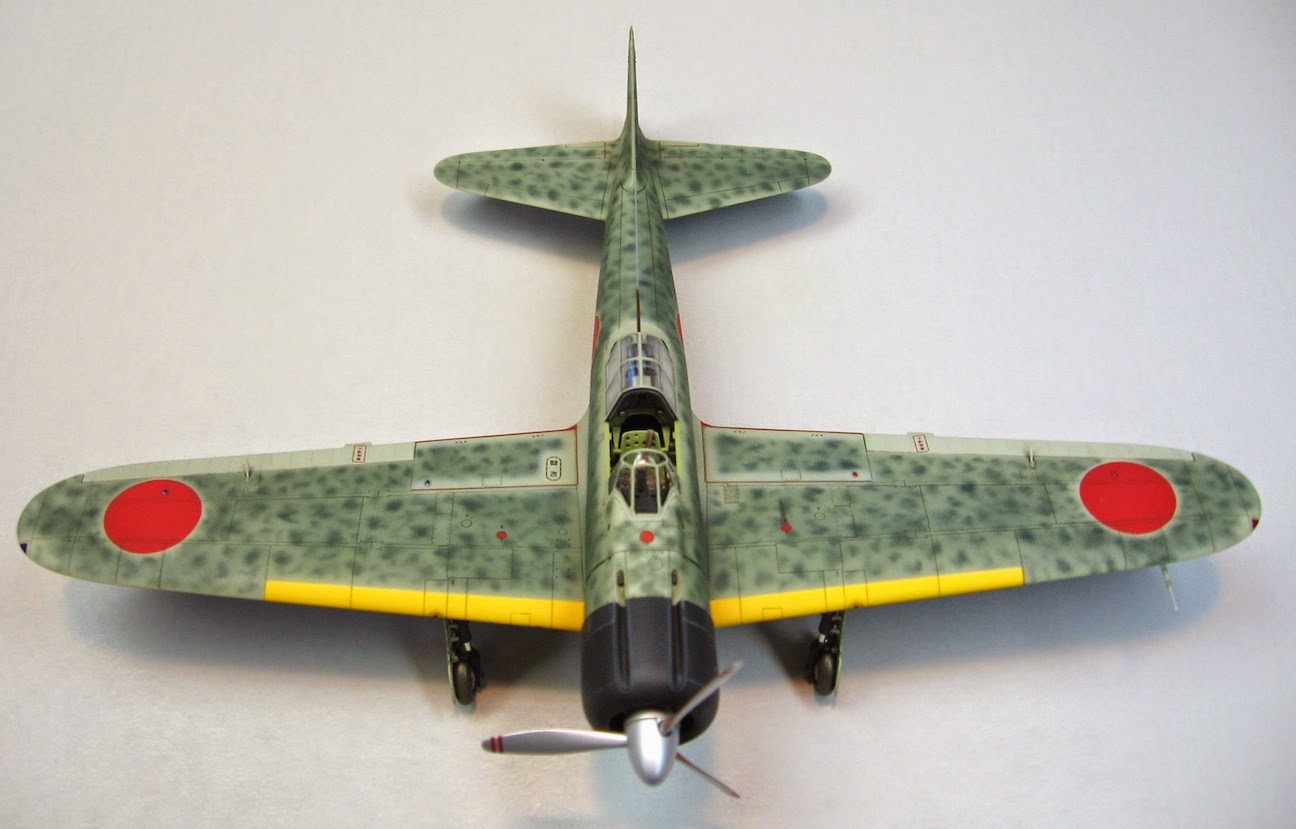 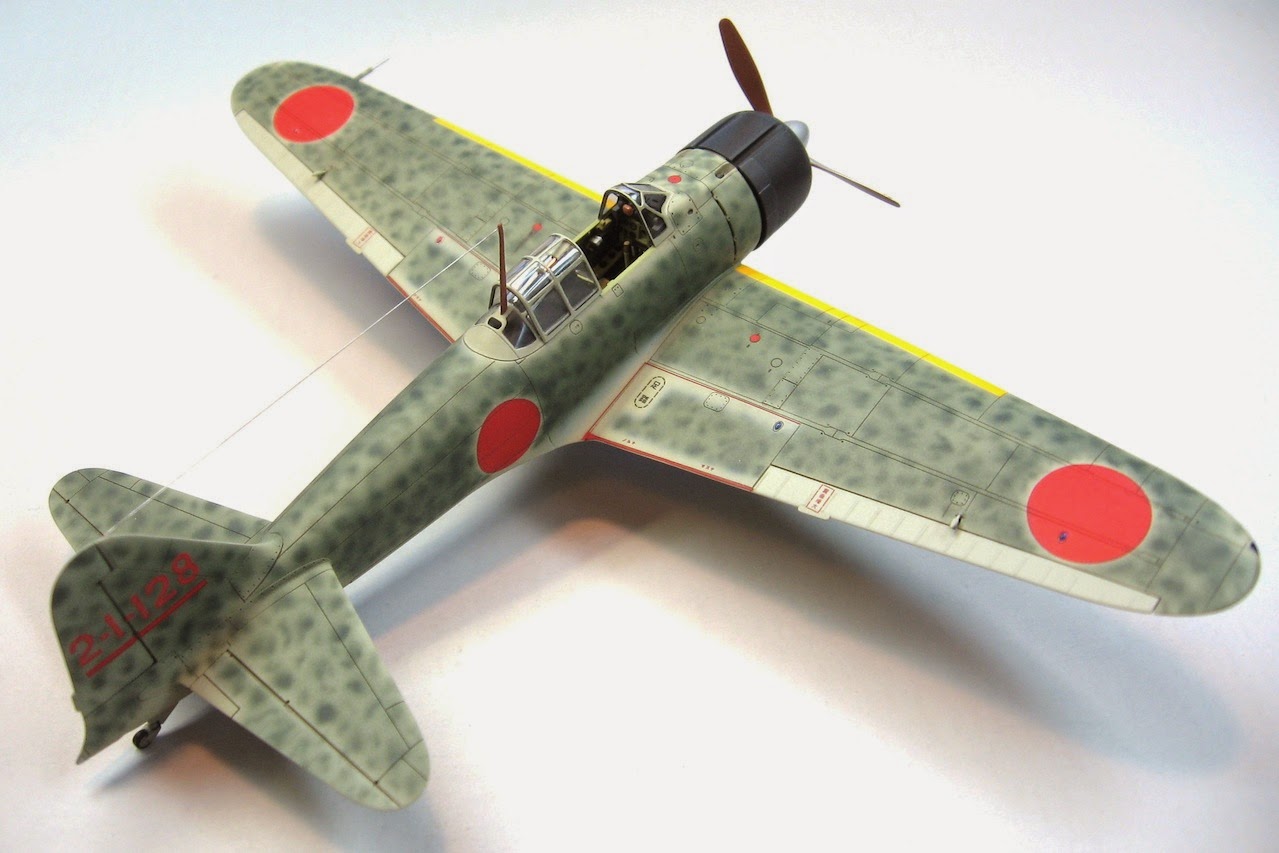 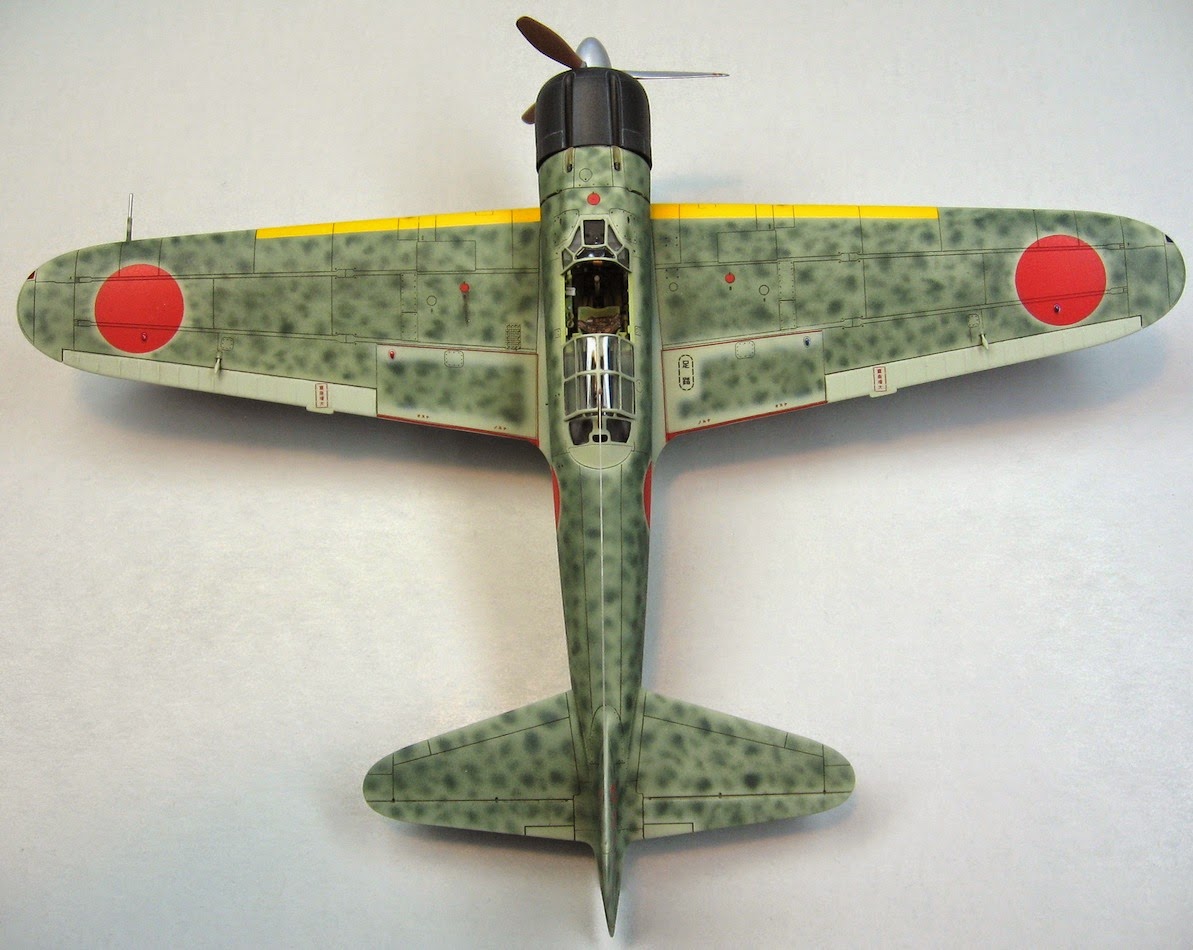 From the available photos it appears that the Hinomaru were carefully sprayed around which produced a halo effect that from a distance resembled a narrow border. Pat replicated that by painting the Hinomaru on the airframe first, applying circular masks and then applying the overall factory finish olive grey. 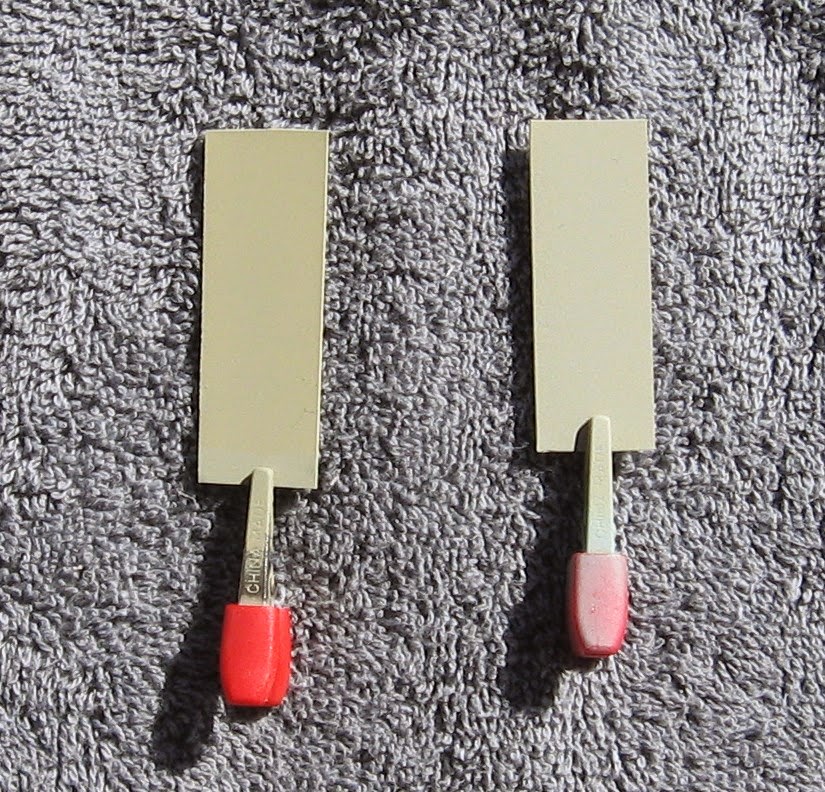 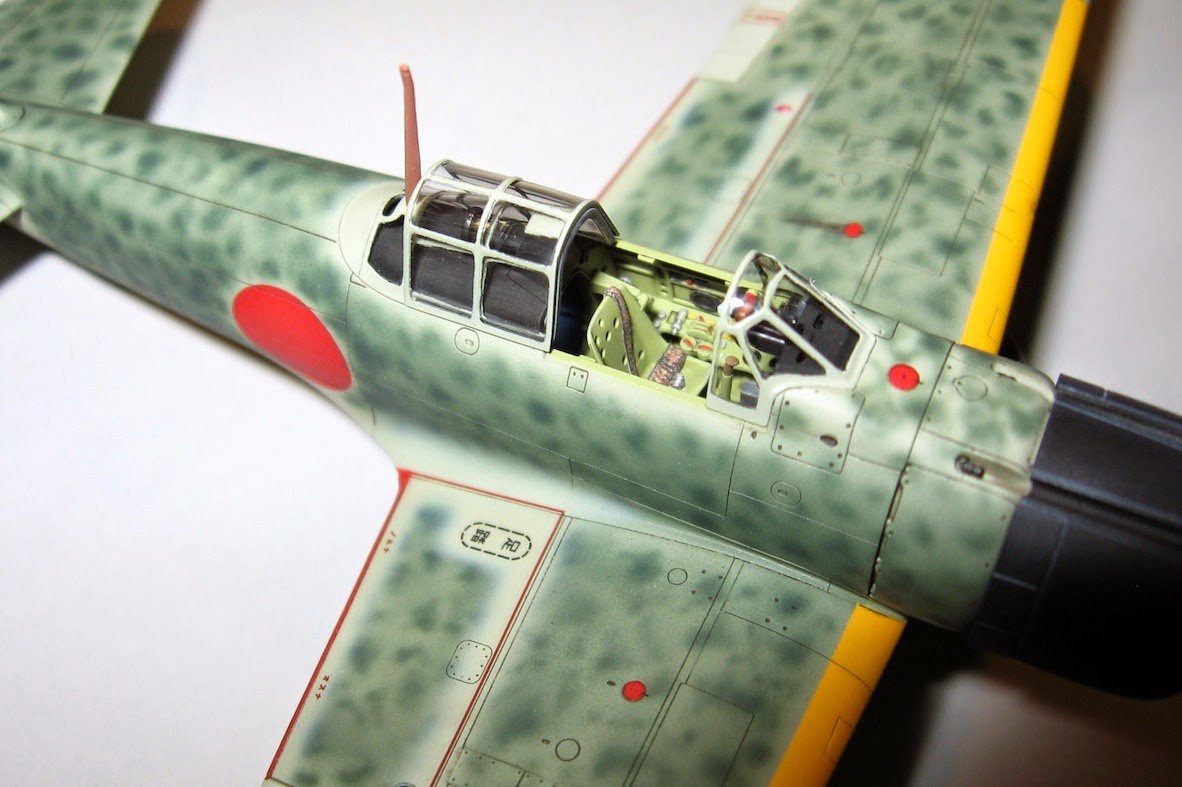 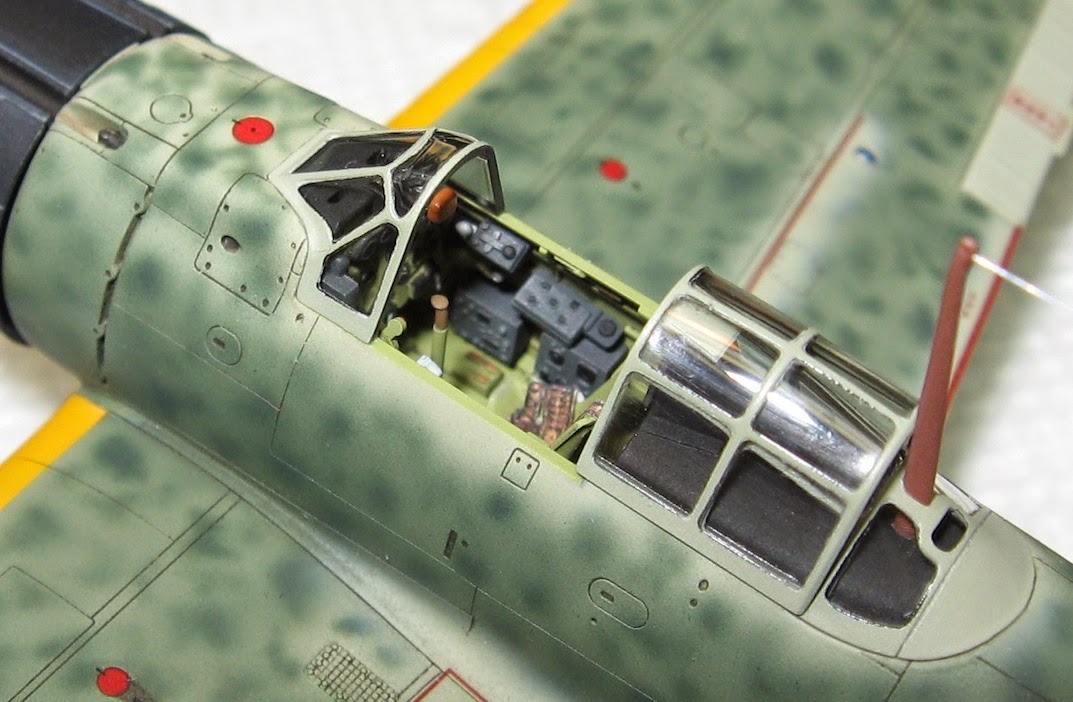 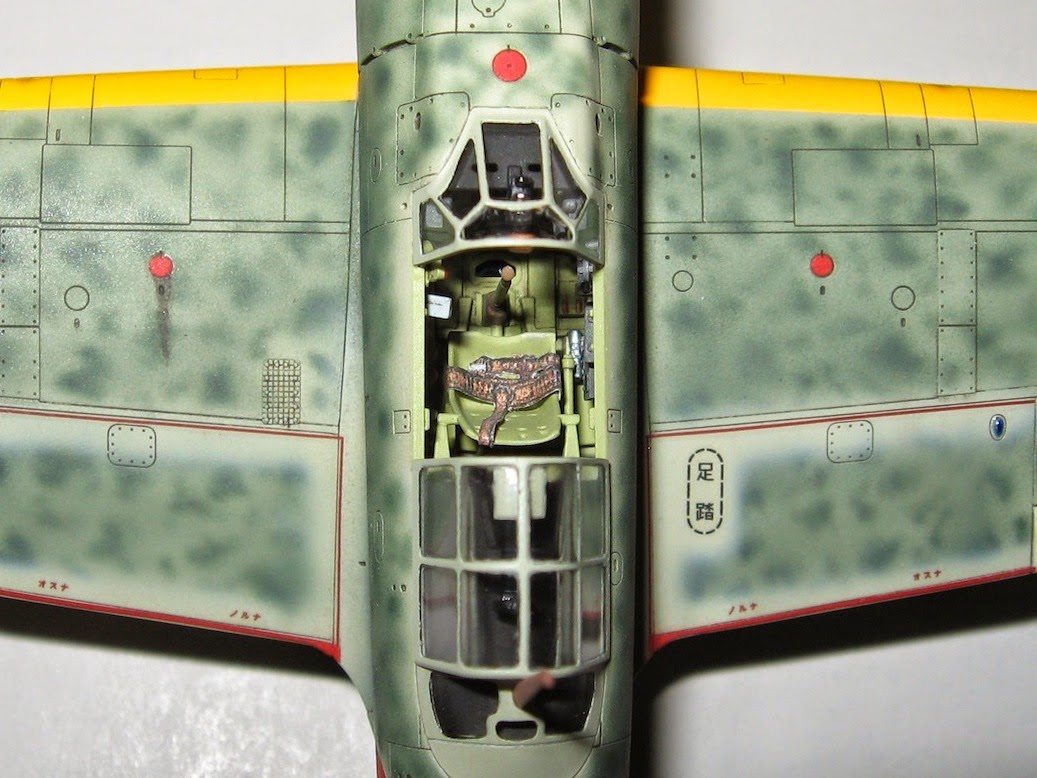 The dark green camouflage mottle was applied free hand with a Paasche AB Turbine airbrush using heavily thinned Xtracolor. The prop color was Floquil Platinum Mist with a Future coat and the cowl, cowl interior and cockpit decking was a scale flat black. 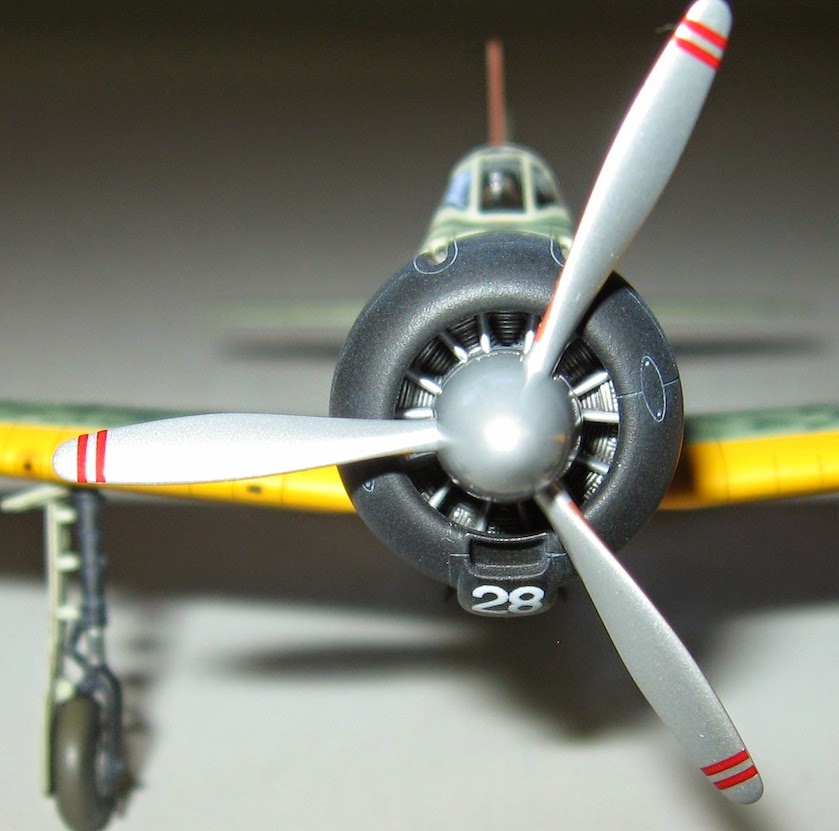 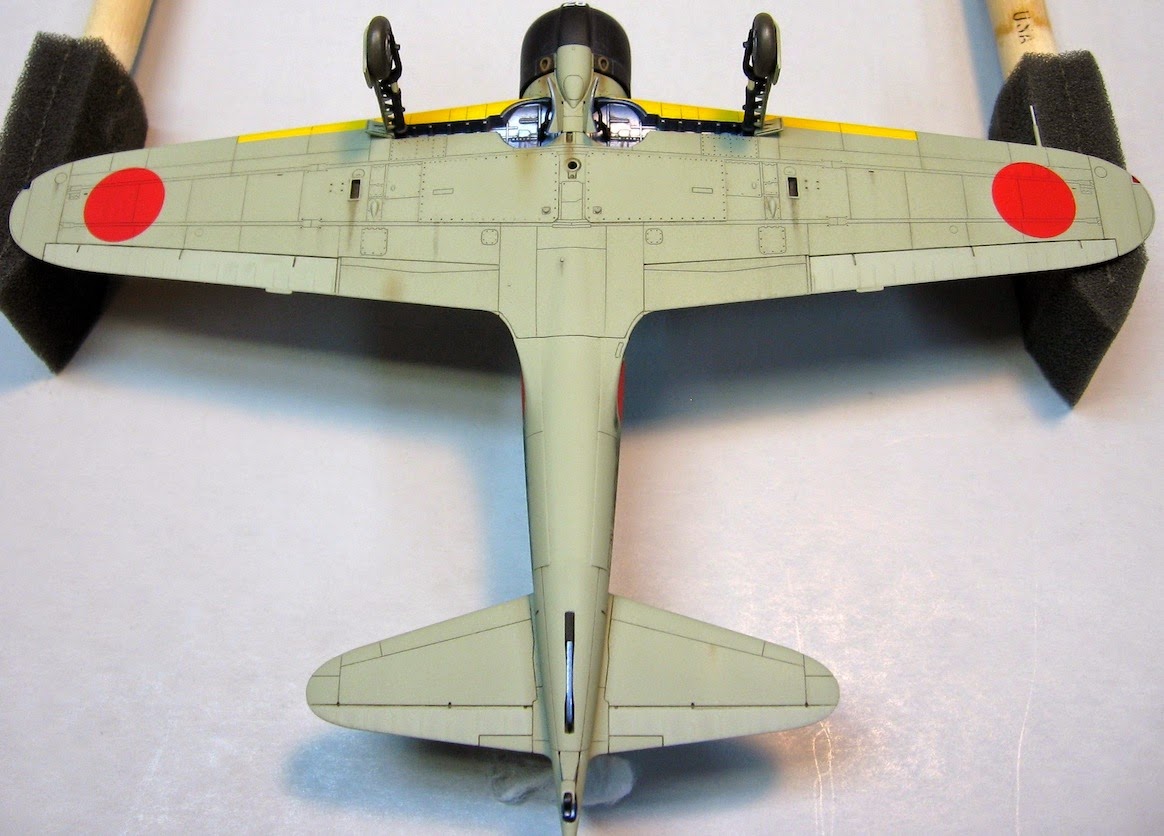 The interior color was WEM Nakajima "cockpit color" The seat belt is a color photo copy of the kit decal printed on regular stationary paper which was cut out, folded to shape and the cut edges touched up with a tan Prisma Color pencil. Cockpit details were carefully picked out in various colors or dry brushed. The aotake was Floquil Platinum Mist over sprayed with Gunze clear blue, then over coated with Future. 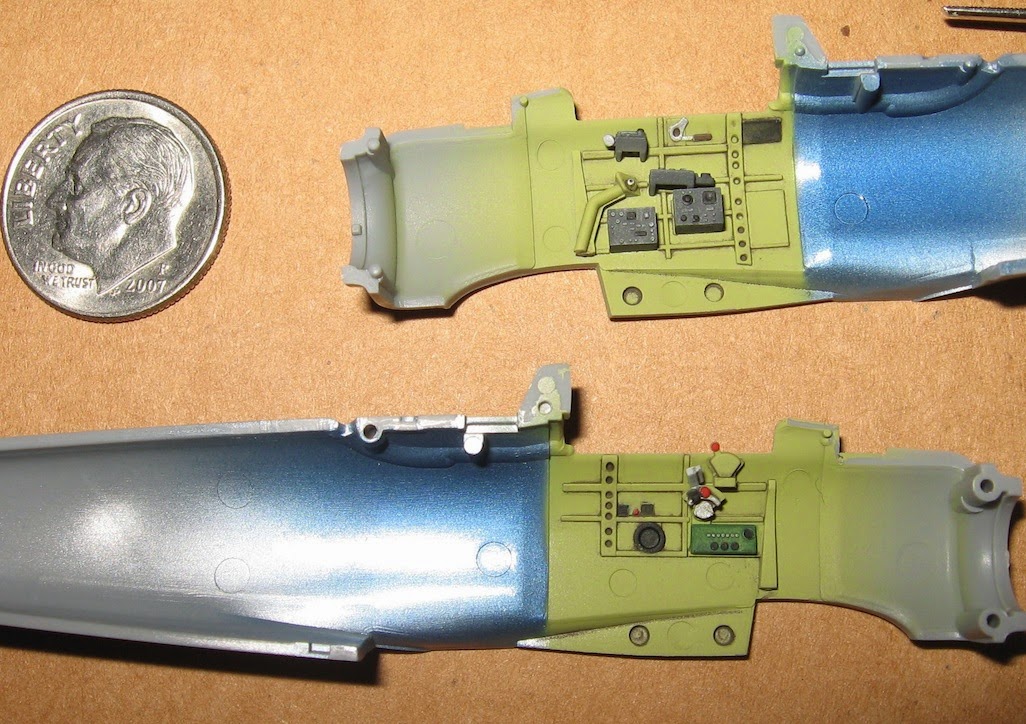 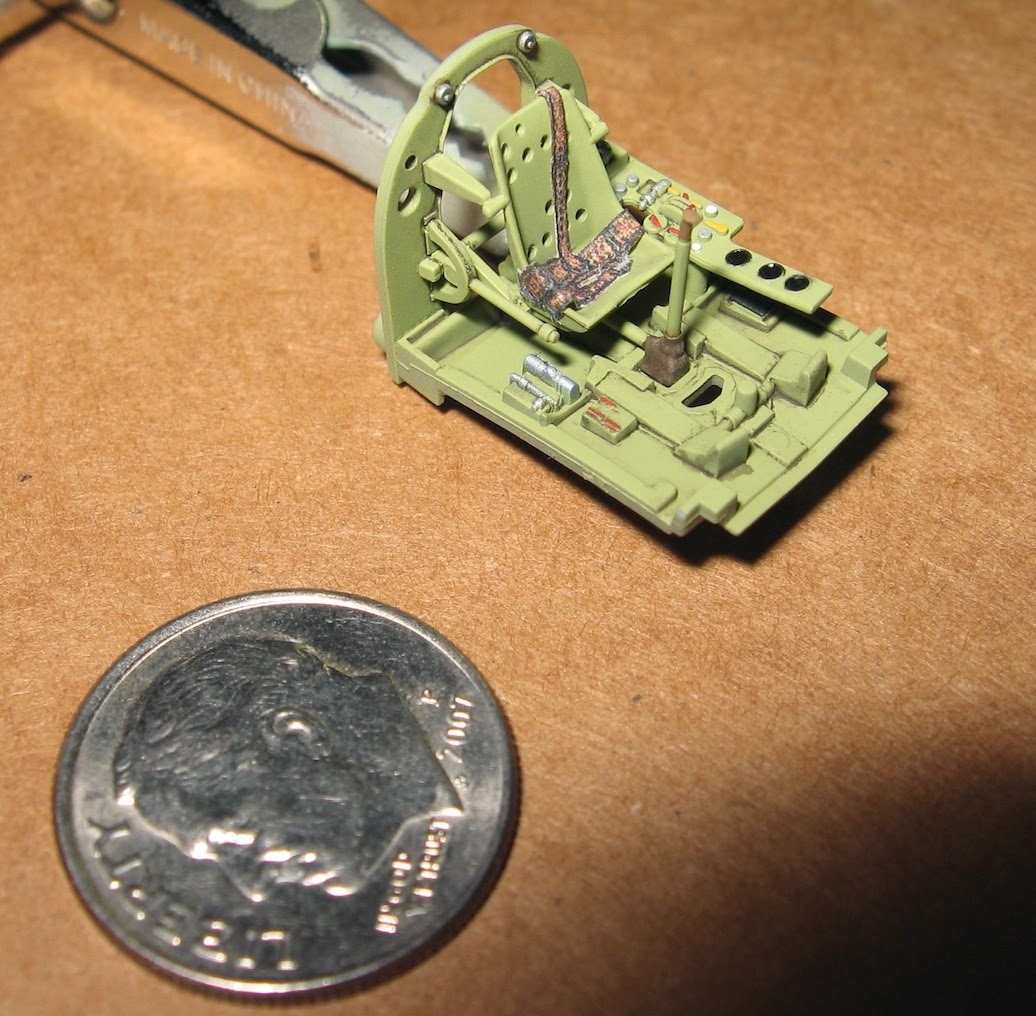 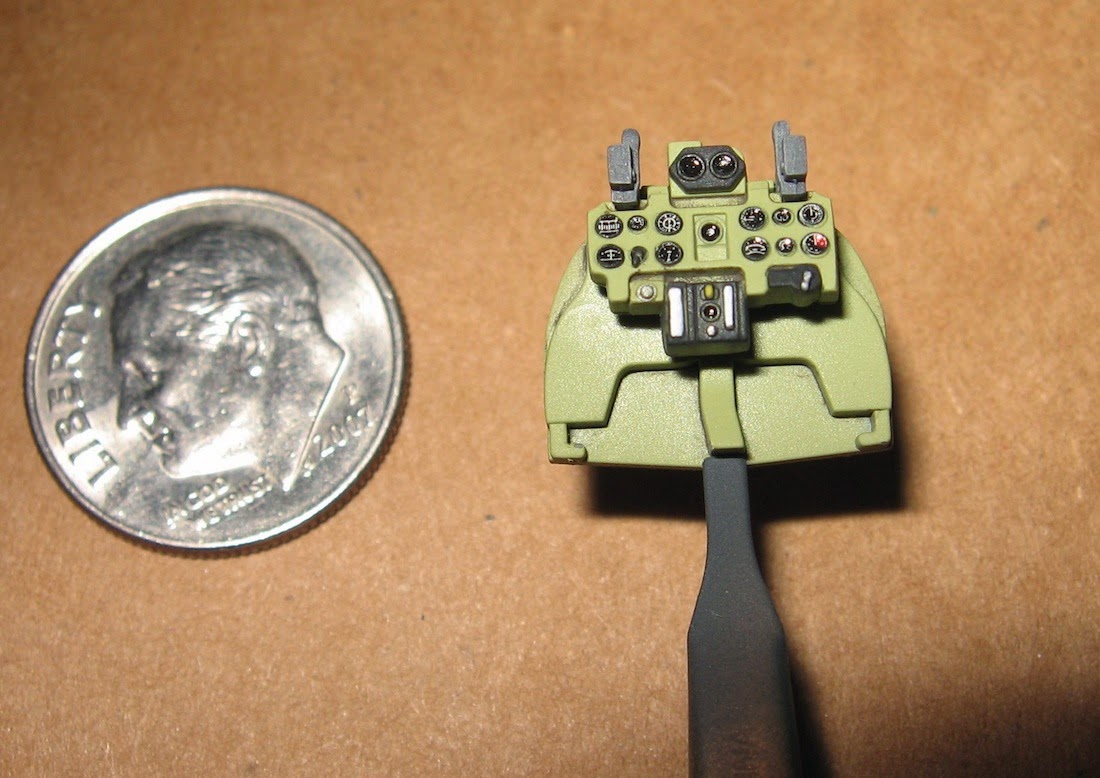 The model was coated with Future, the markings applied from a Rising Decals sheet, then Future coated again and finally washed with enamel raw umber. Dullcoat was then sprayed on and final weathering done with pastels. The model represents a Zero flown off the carrier Junyo during April 1943 for participation in the Solomons campaign. 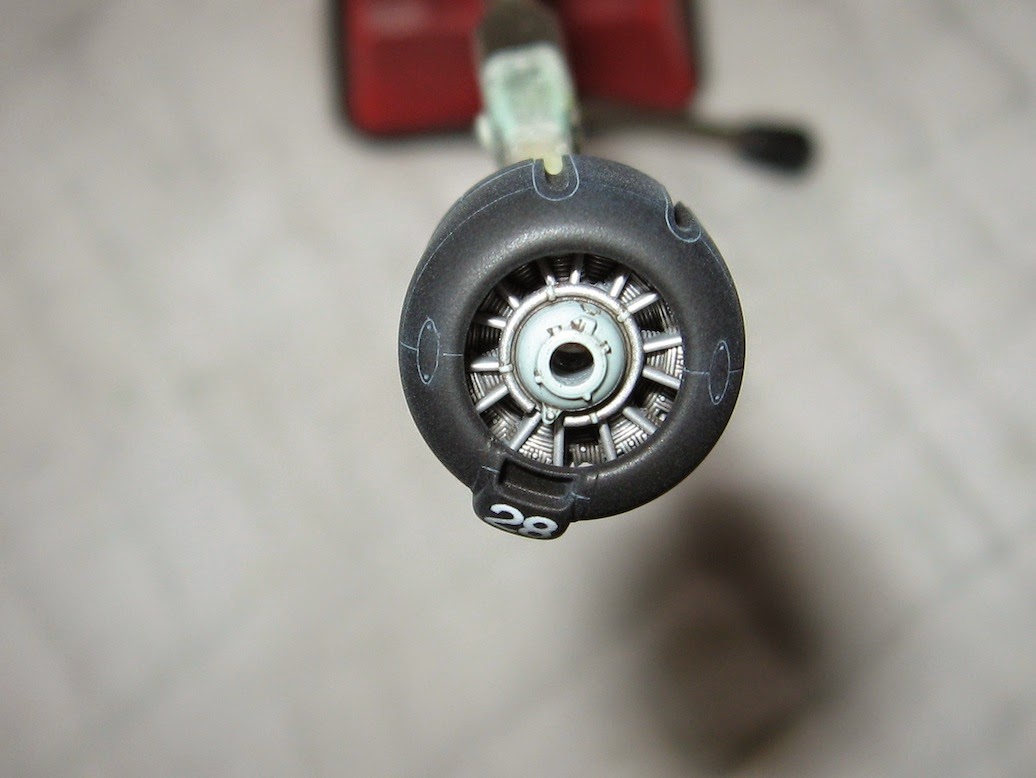 With special thanks to Pat for sharing these images of his exquisite and inspiring model with Aviation of Japan.

It was a scheme very close to this in a modeling magazine in 1972 or 73 that turned me on to Japanese aircraft. This is just a beautiful rendition, and I will definitely use it as inspiration for my next builds.
Was this a/c flown off of the carrier for use in Operation I-Go?

Excellent build and the finish is just stunning, especially in 72nd.
Thank you for putting your work up for inspection by this mere modelling mortal

Pat, That's an outstanding Zero! Up to your usual high standards. I'm happy you shared it with us.