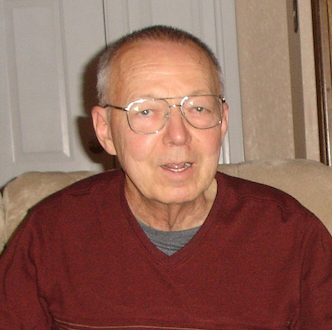 I suspect that many fellow enthusiasts are entering that territory of "becoming aware of one's own mortality", who probably have kit stashes larger than model collections and a faster rate of acquisition than production. It is a sad reality that the second hand kit market is partly primed by the once fondly stored purchases that were never got around to. But Aviation of Japan's friend and Texas correspondent Mark Smith has written a fitting eulogy to his own friend and prolific fellow modeller Al DuVal whose energy and enthusiasm reversed that trend. And Aviation of Japan is honoured to remember Al to all those who pursue this hobby. 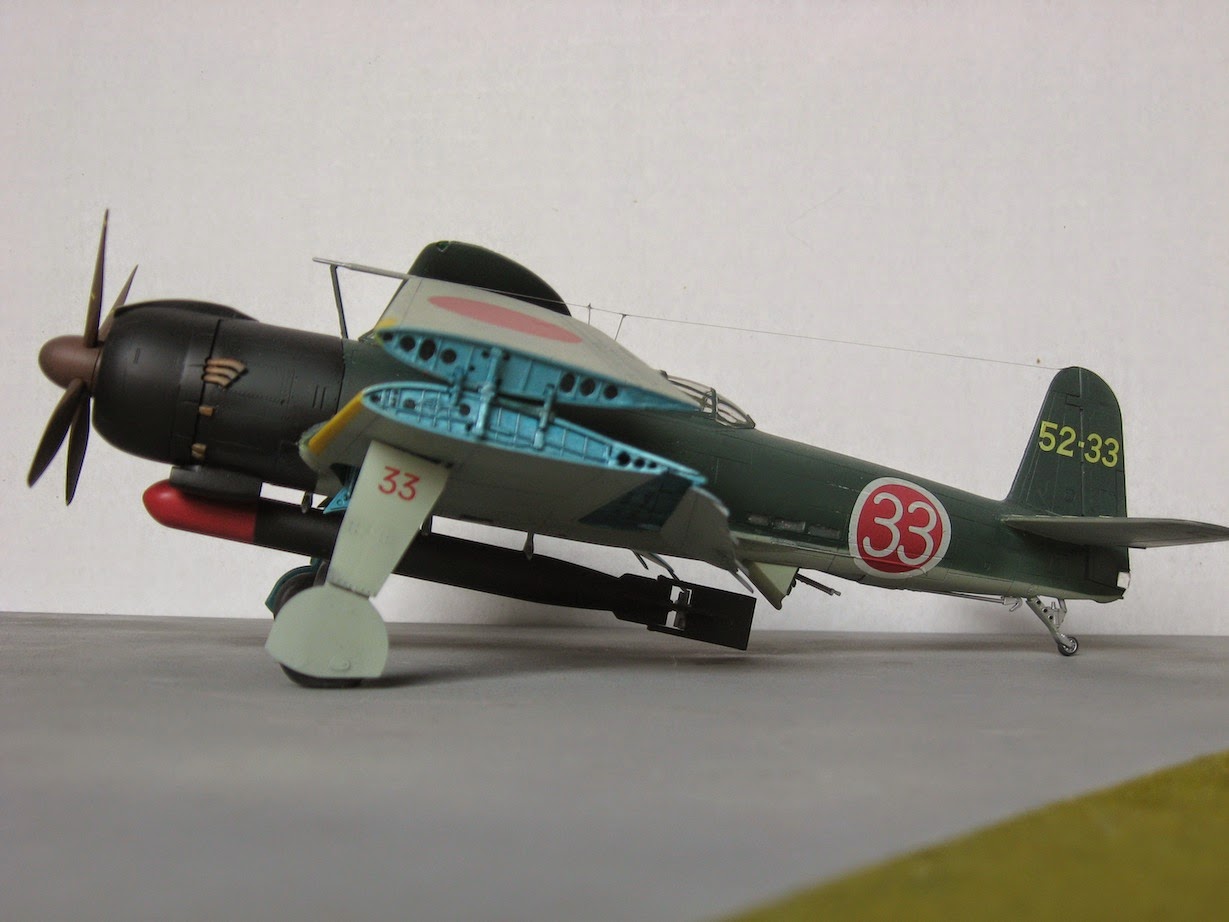 "A number of us here in the Dallas area lost a good friend when Al DuVal passed away recently.  He did a lot of things well.  His daughter Suzanne expressed this beautifully in this brief sentence from his obituary: “Allan was smart, funny, hardworking, creative, athletic, brave and most of all a devoted family man.”  One area where his creativity and work ethic really shone was the way he could knock out great looking models at a blistering pace.  He built strictly in 1/48, and if there was a new kit out, odds were that it would be in the showcases within a year and a half.  I don’t know if he set out with any eventual plan in mind for the collection; but the result, from Spads to SR-71s, was to have a personal museum of aviation history housed in four large glass cases.  I took these photos at his home this month, and later asked his wife Judy how many models were in those cases.  She counted that night, and sent me an email. Three hundred and eighty-two. 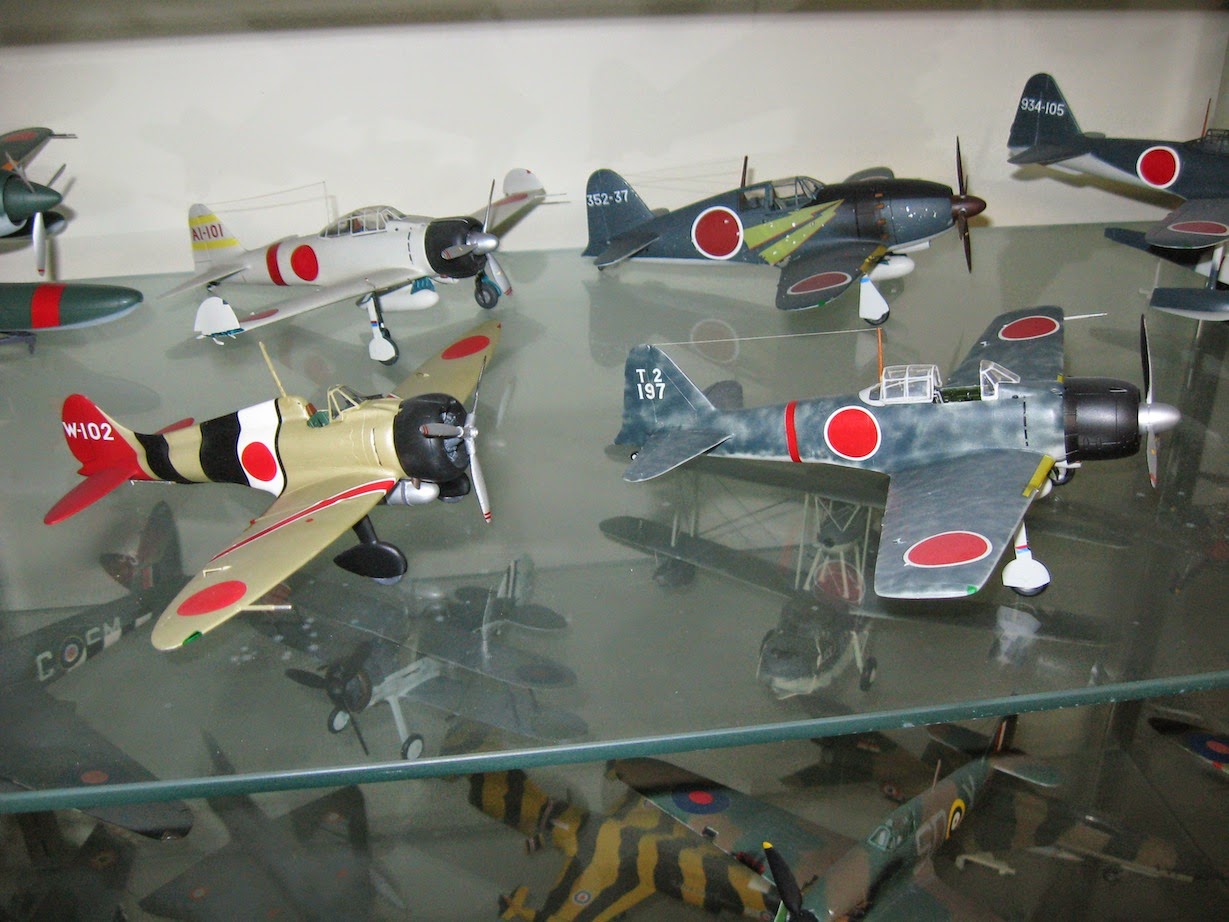 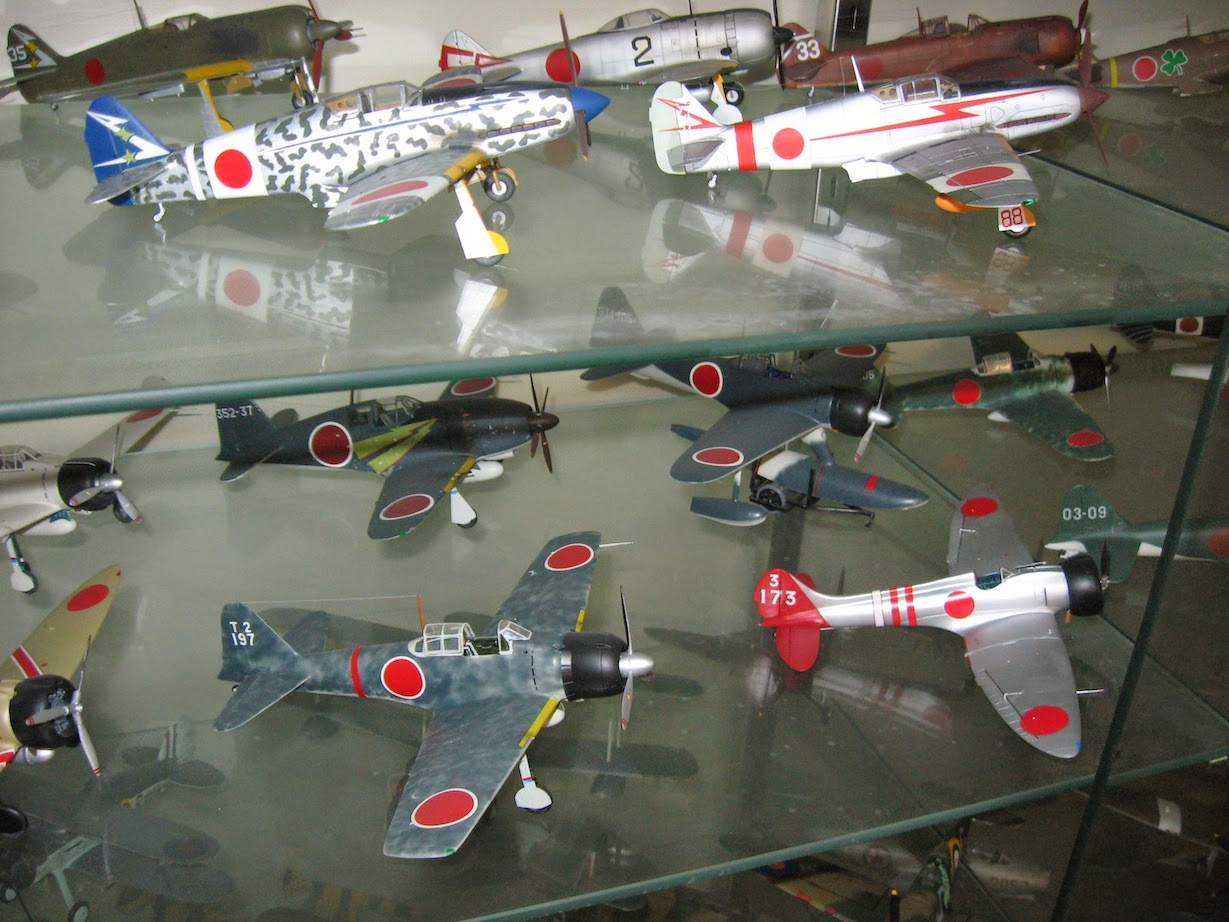 "Many of them were older kits of course, usually sitting next to the one that supplanted it, such as the Monogram, Airfix, and Tamiya Mossie.  I’ve lost track of how many times since Monogram’s Fw 190A a new kit has at least for a while been king of that hill.  But I think Al built them all: Otaki, Tamiya, Dragon, Eduard.  And those were just the 190A models, and 190s in general probably took pride of place.  Heading up Al’s five-engine bomber collection, take a look at that Heinkel Zwilling.  I knew several who bought that Cutting Edge solid resin center-wing panel conversion set, but his was the only one I’ve yet seen about its intended business.  Some might say the CE set is worth more in its original packaging.  But I would rather look at that model. 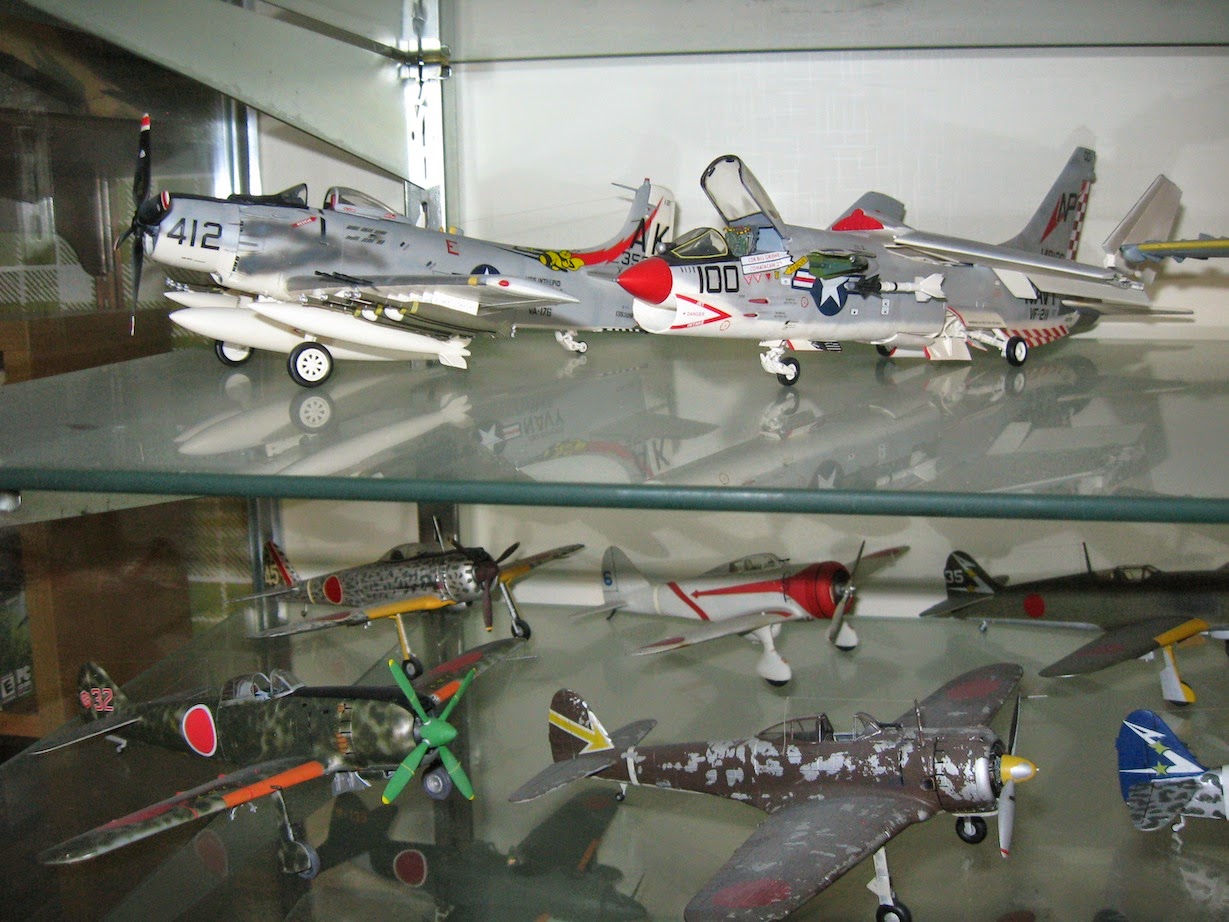 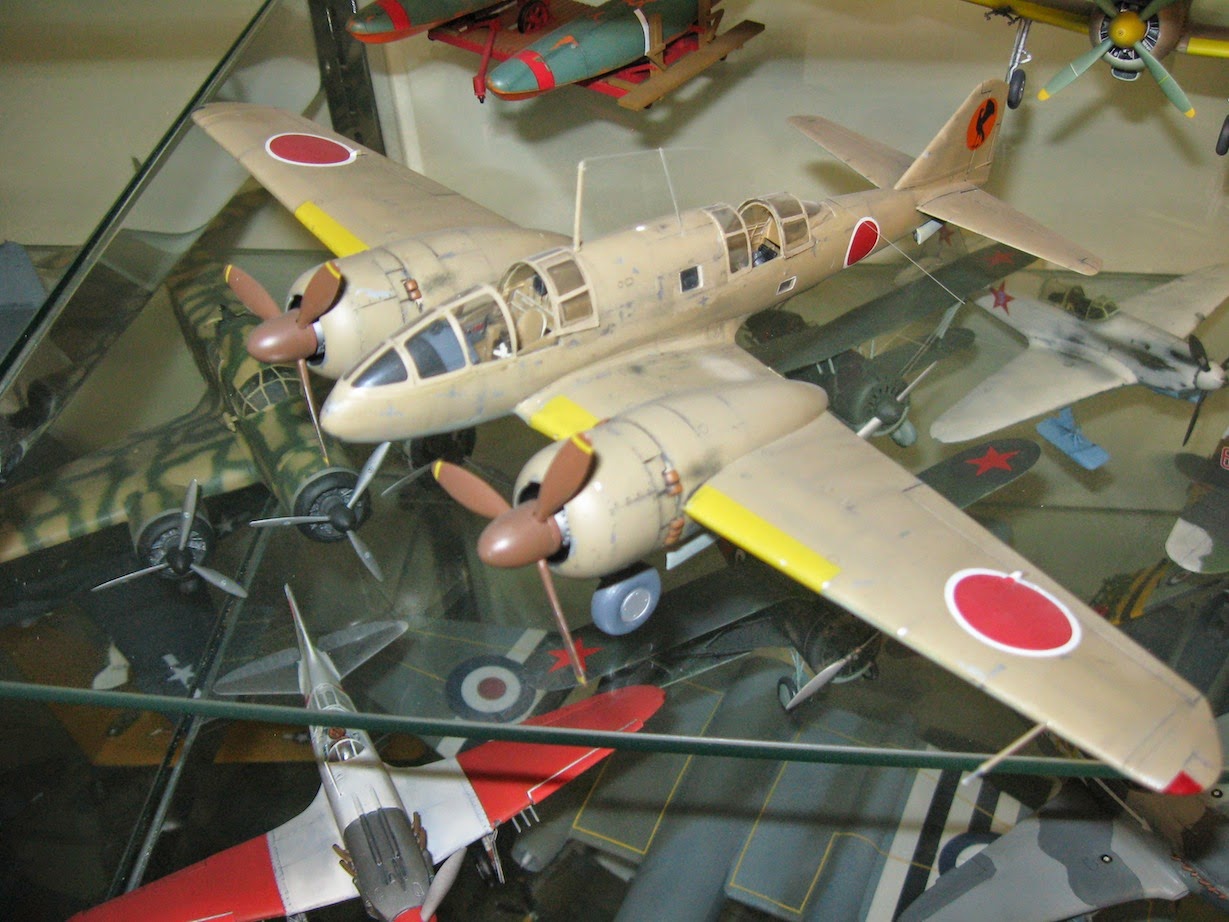 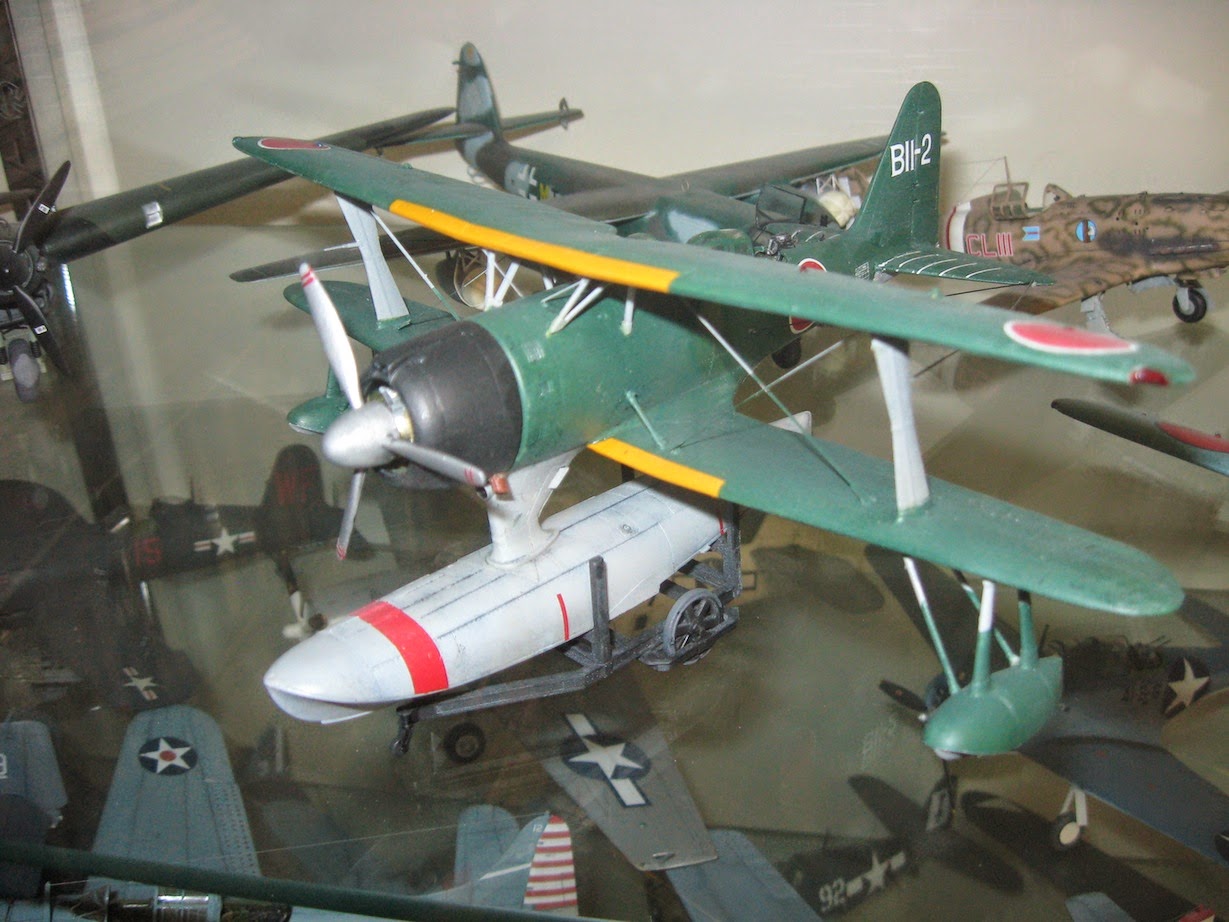 "One of the largest groups represented was the Japanese entry.  While the lighting wasn’t optimum, I’m sending some photos that cover only part of them.  Considering Aviation of Japan’s soft spot for the history of the hobby and its earlier kits, they are duly submitted as evidence that not all of those Nichimo Nicks, Thrick Claudes, Tamiya Franks, and Otaki Oscars remained unbuilt in their boxes for twenty-five years, only to be sold for a pittance at a model show because a better one came along.  Al’s Hasegawa Jill that now resides in my case is evidence of what he could do with a newer offering, but the collection itself, amassed over so many years, reminds that the state-of-the-art has always been better defined by the builder than the kit.  And he made such nice models so efficiently because he got so much practice!  He was a Mechanical Engineer who had a high-stress job as the manager of a large paper plant in Dallas.  He would get up very early in the morning to get his running in… and to work on his current project.  The day he told me about that I was flabbergasted.  You work on models at six in the morning?  “I try to, even if only for thirty minutes or so,” he said.  “That’s when I enjoy it most.” 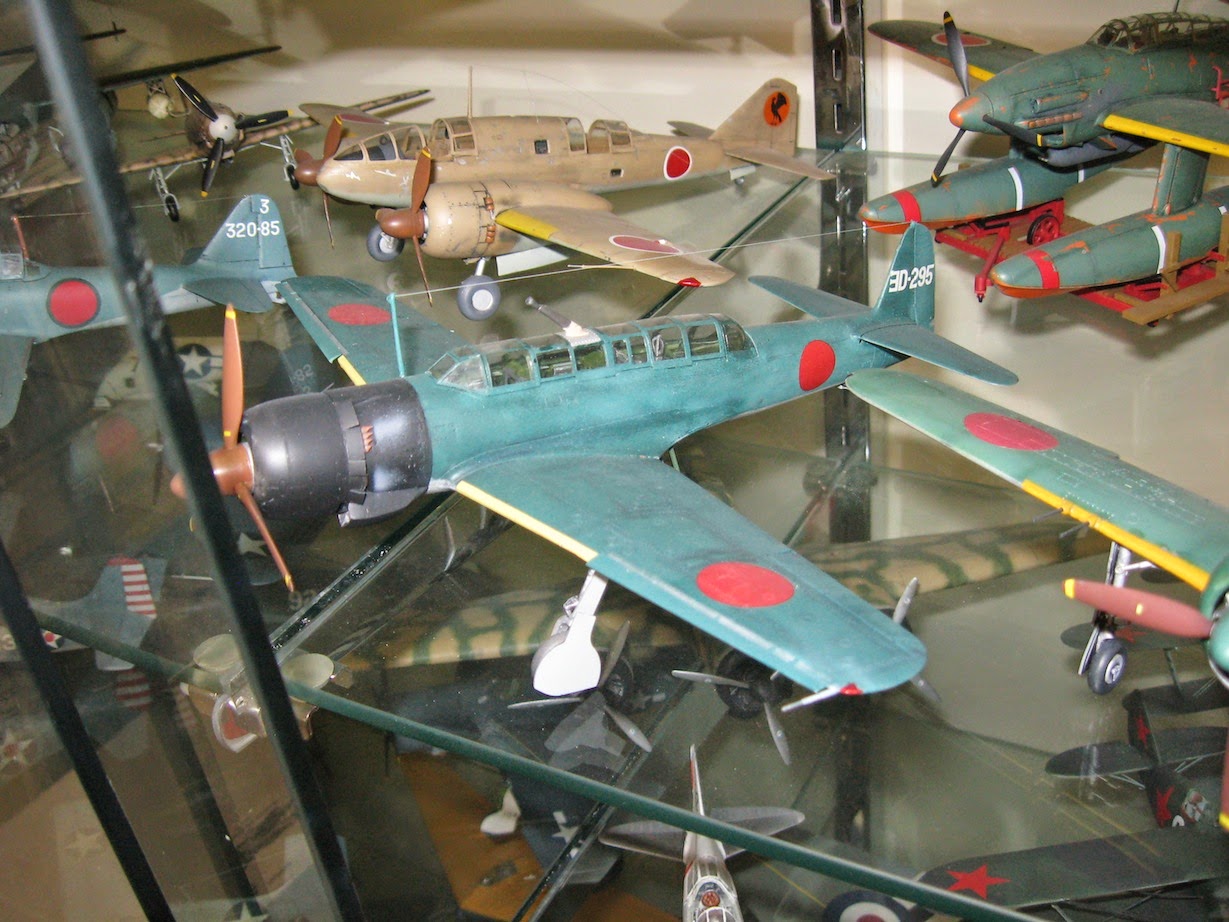 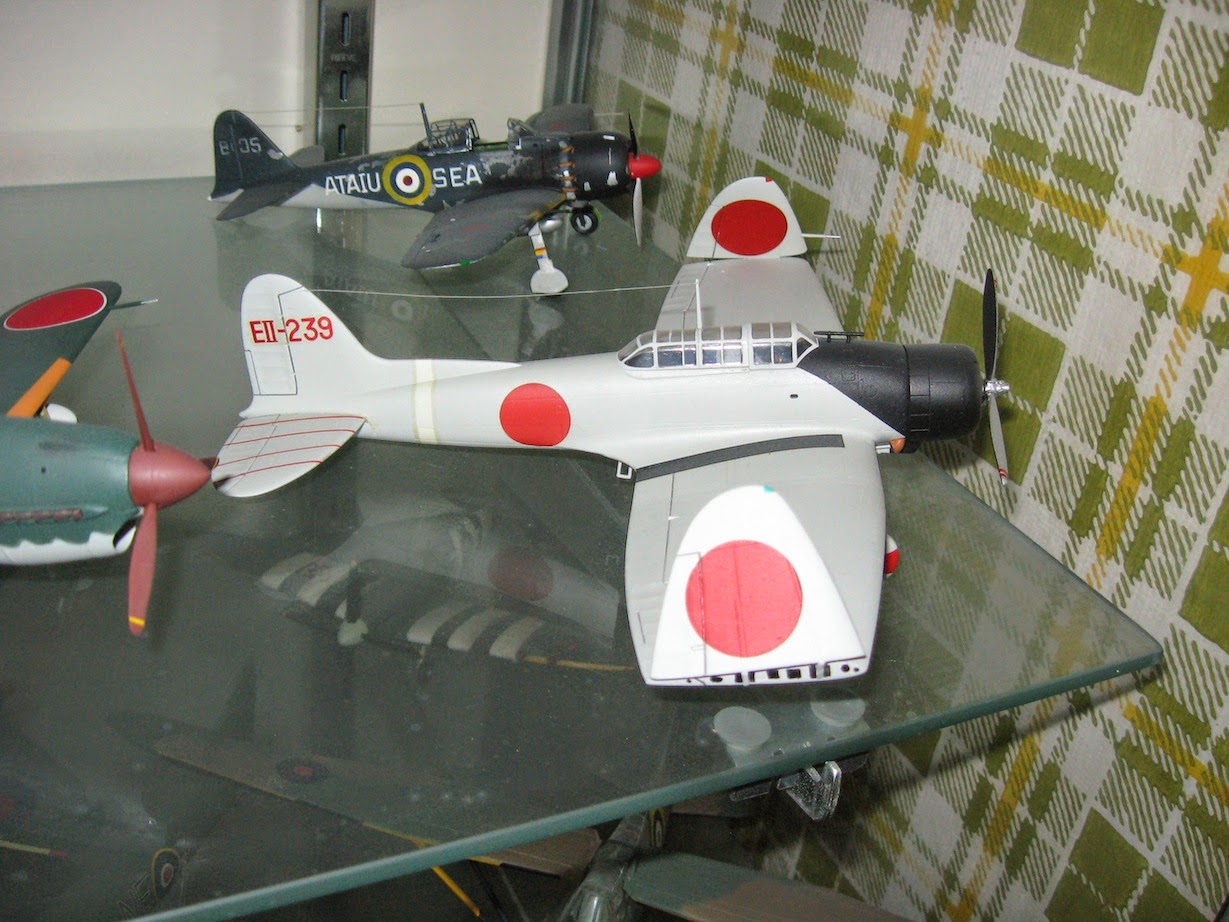 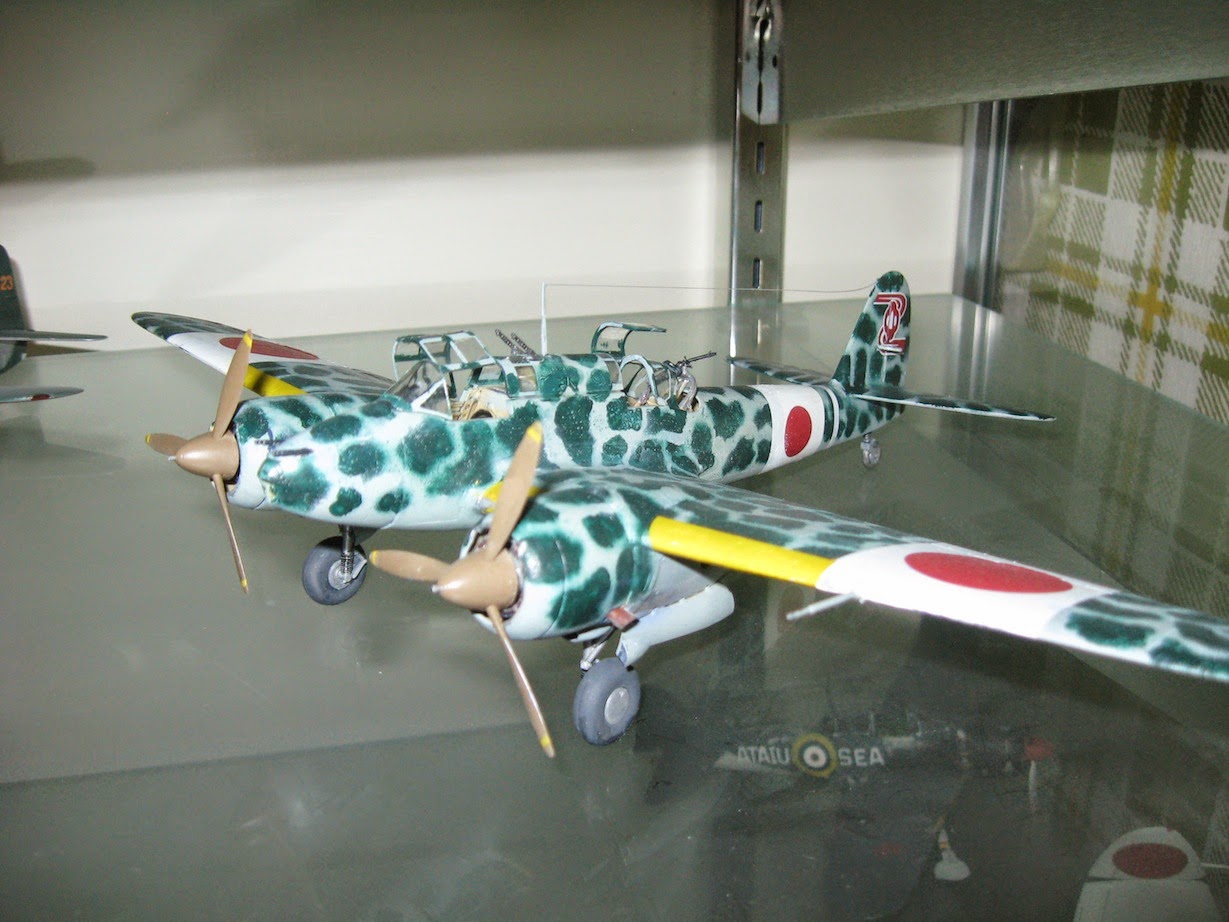 "So what does one do with almost 400 built and painted quarter-scale models, even when they’ve been under glass all those years?  Several have mentioned, and not all of them modelers, that they “belong in a museum.”  I agree.  But by their nature museums are usually out of display space on Opening Day, and out of storage space not many years later.  Al’s friend John Walen has been seeking a home for them.  One large museum has had to regretfully decline, even with the donation including those cases that cost almost $800 each in 1995, due to the logistics of moving them several hundred miles, in addition to the space they would need.  John is hoping that more locally, a Dallas-Fort Worth area museum or historical venue may be able to accept these soon, and ensure that others see and appreciate them for years to come.  Certainly it would be sad to see these replicas built by the same hand to the same scale broken up, as I can imagine them being the first glint of aviation interest in more than one child’s eye, or a chance for many a veteran to recognize and point out the airplanes he worked on or flew.  And such a lifetime collection, already quite rare even among long-time modelers, will grow more and more unlikely; the way the hobby has evolved, imagine the time and expense it would now take to recreate it.  We hope for the best on that count.  But while it’s still in one place, particularly in that room Allan loved where most were created, I wanted to show you these pictures, and what one modeler is capable of doing over thirty or forty years – if only he’ll get up in the morning.  Hats off!" 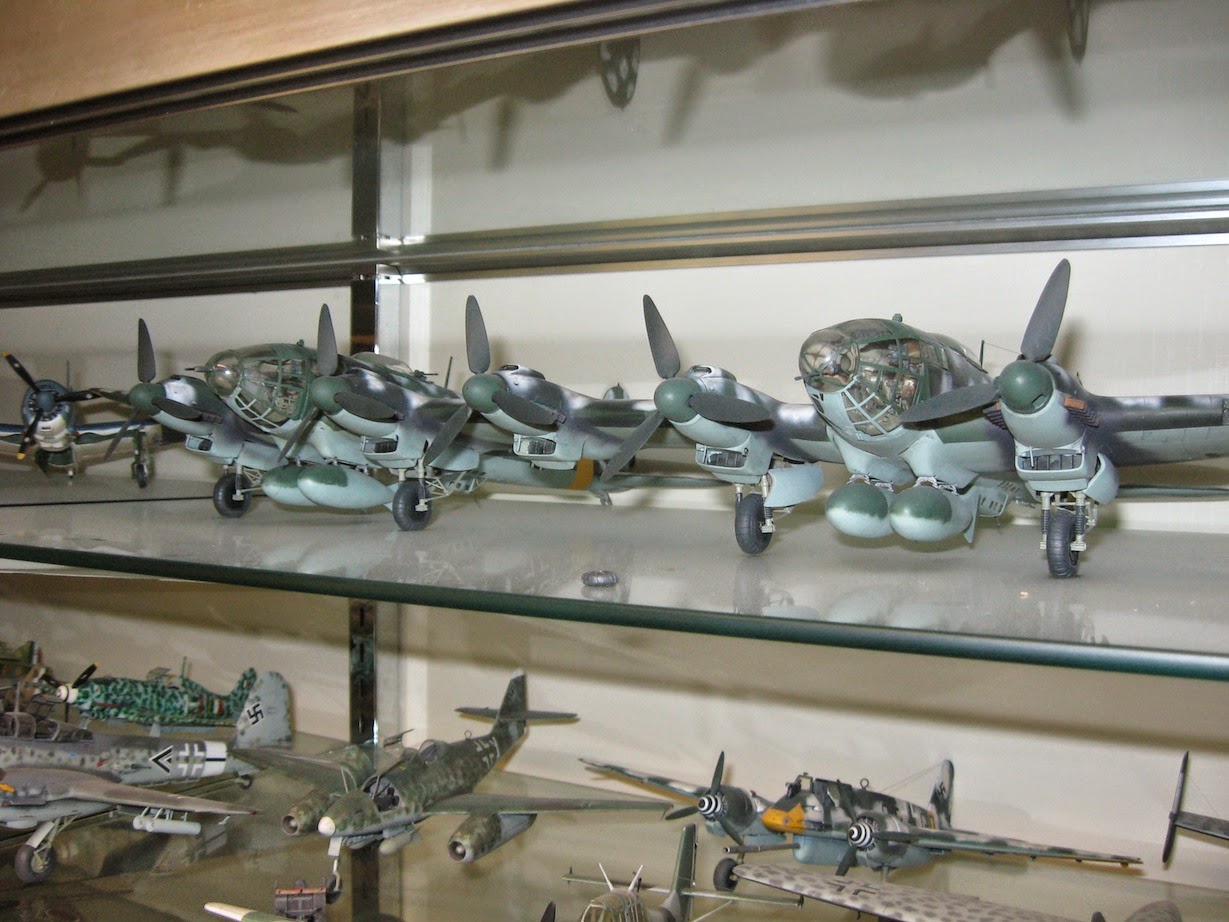 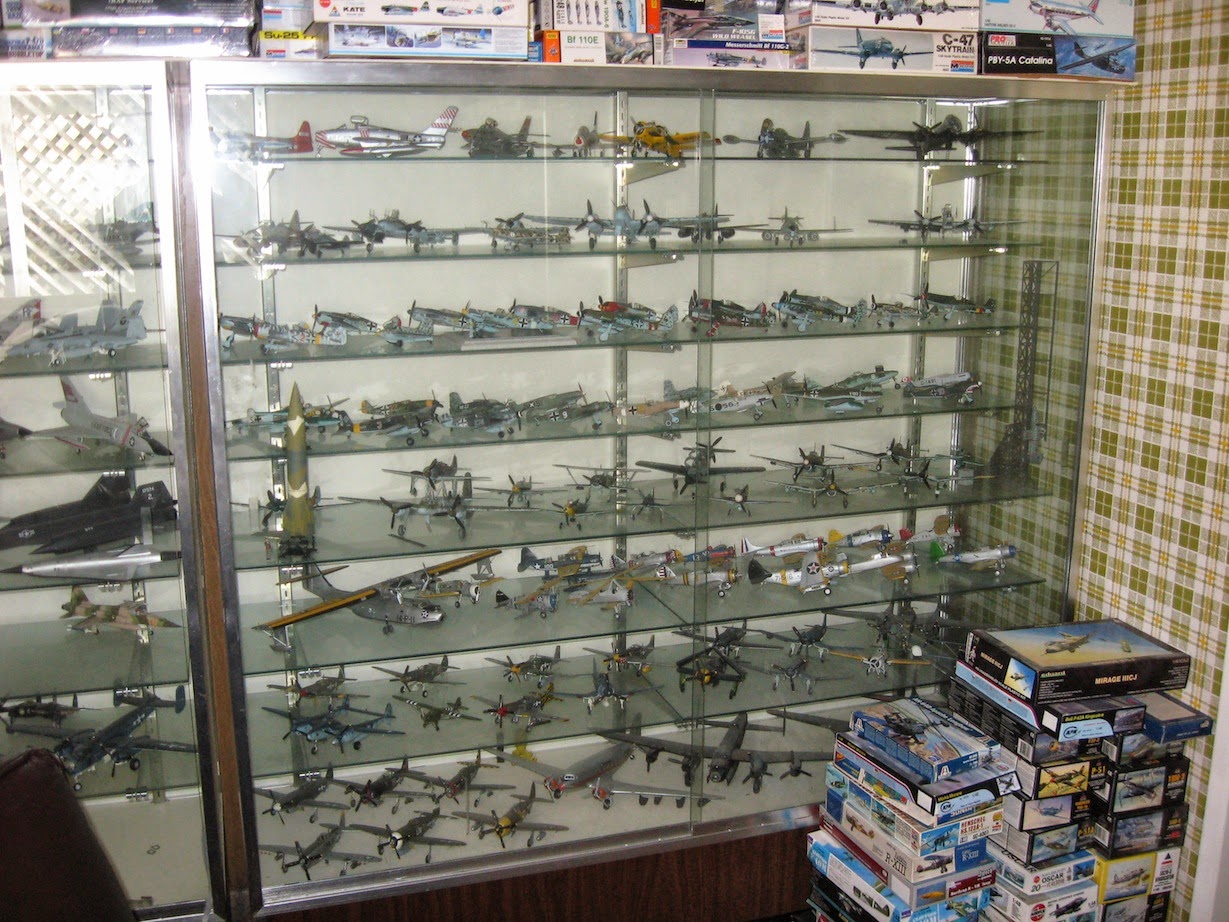 Anyone who wants to get in touch about a possible suitable home for Al's collection please drop a note to Aviation of Japan (see contact details in sidebar) and it will be forwarded on to Mark, many thanks. 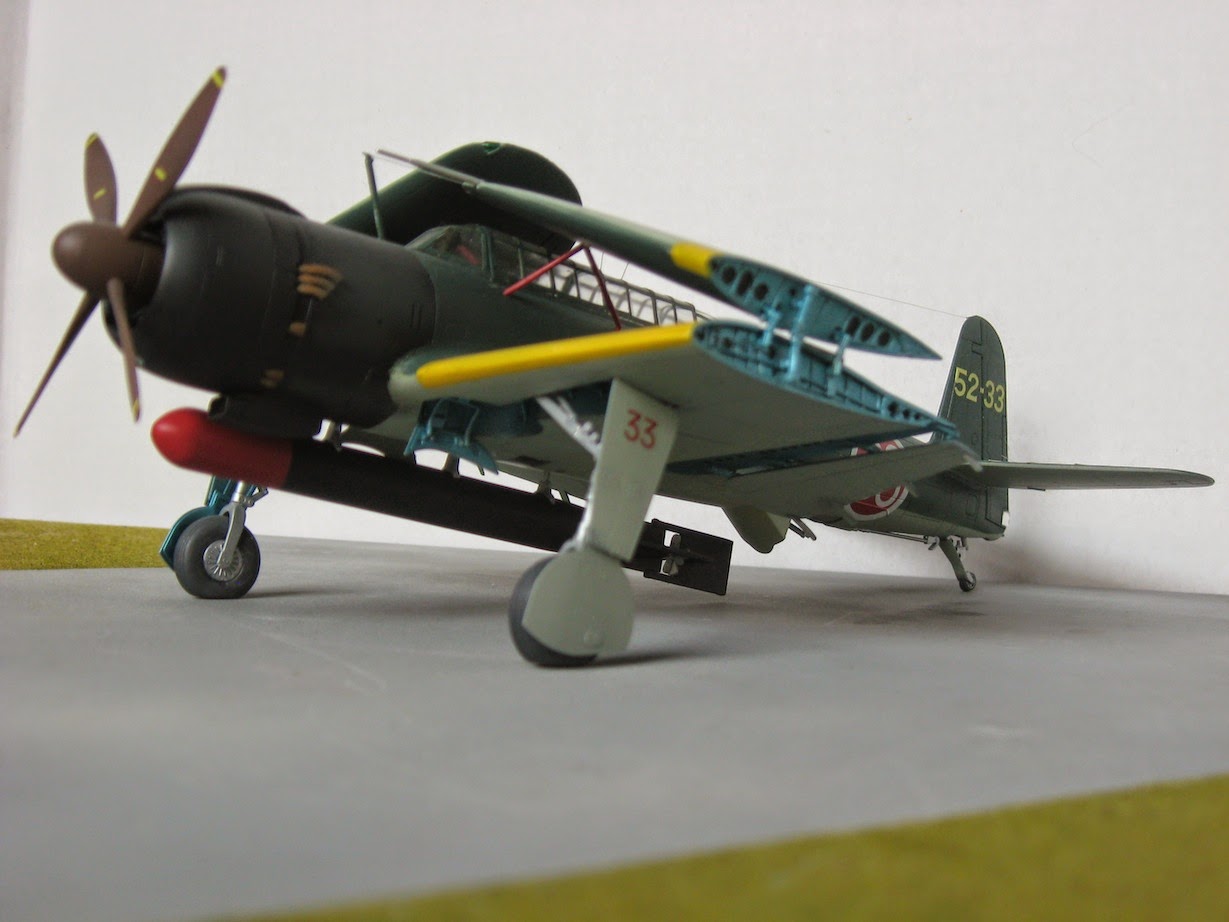 It's a pleasure to report that Al DuVal's collection is going to the Frontiers of Flight Museum in Dallas. Texas. Al loved that place and it would have meant the world to him to know that his models would be on display there. Thanks to Mark Smith for this news.

As I am Al Duval's oldest daughter Julie Turner I am so proud to see this article and thank you to his dear friends this just helps me to see his great work being shown, it is a great comfort thank you so much!

What a fitting eulogy for an incredibly prolific modeller. I truly hope that a museum comes forward who can properly maintain and display such a wonderful collection.