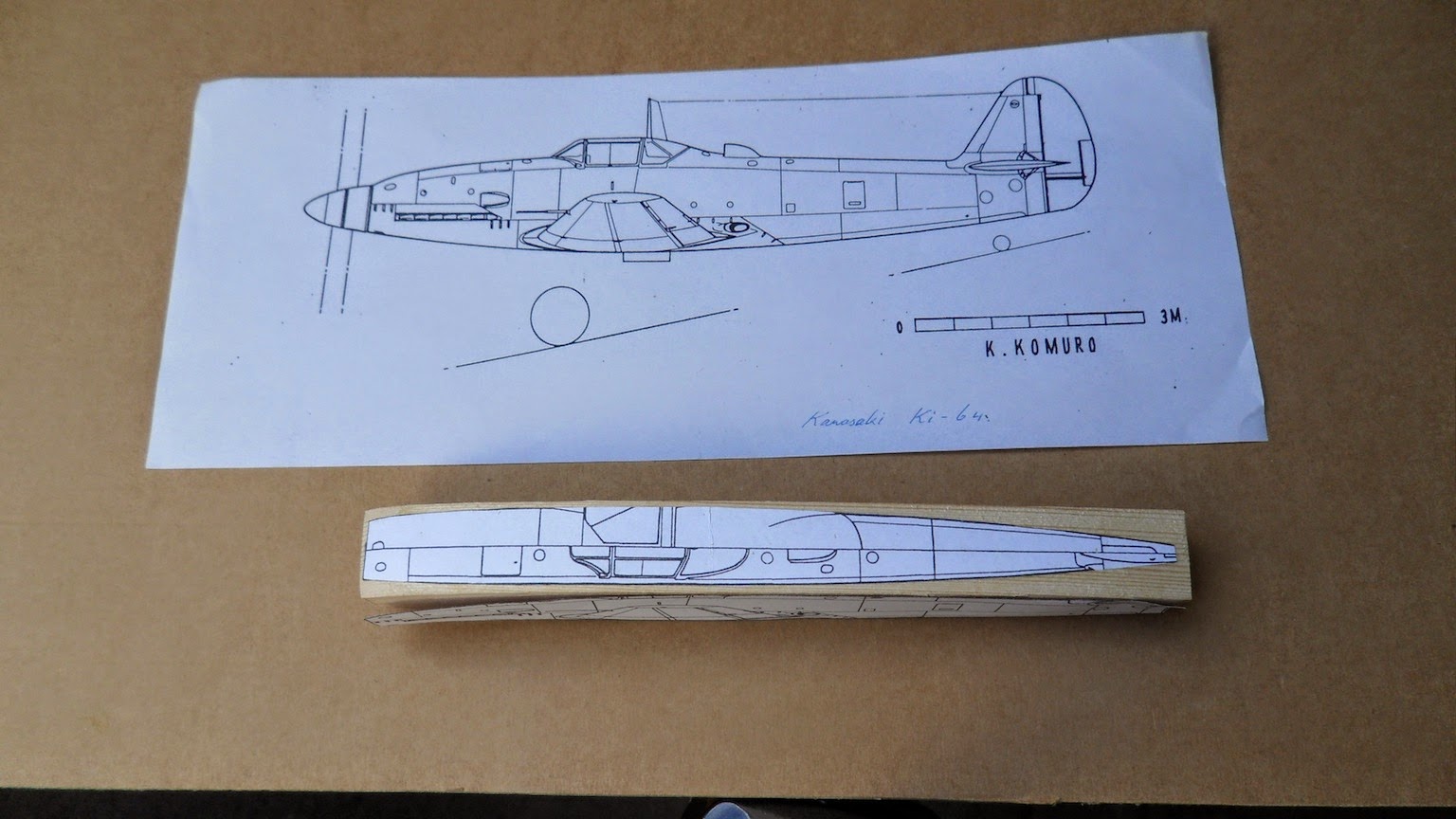 In response to a comment about his Ki-64 project in yesterday's blog, John Haas has very kindly sent these images of the work in progress. An accident in dropping the model has delayed the project and required a re-work but the images speak for themselves. John has also provided a link to a gallery of his other models here. 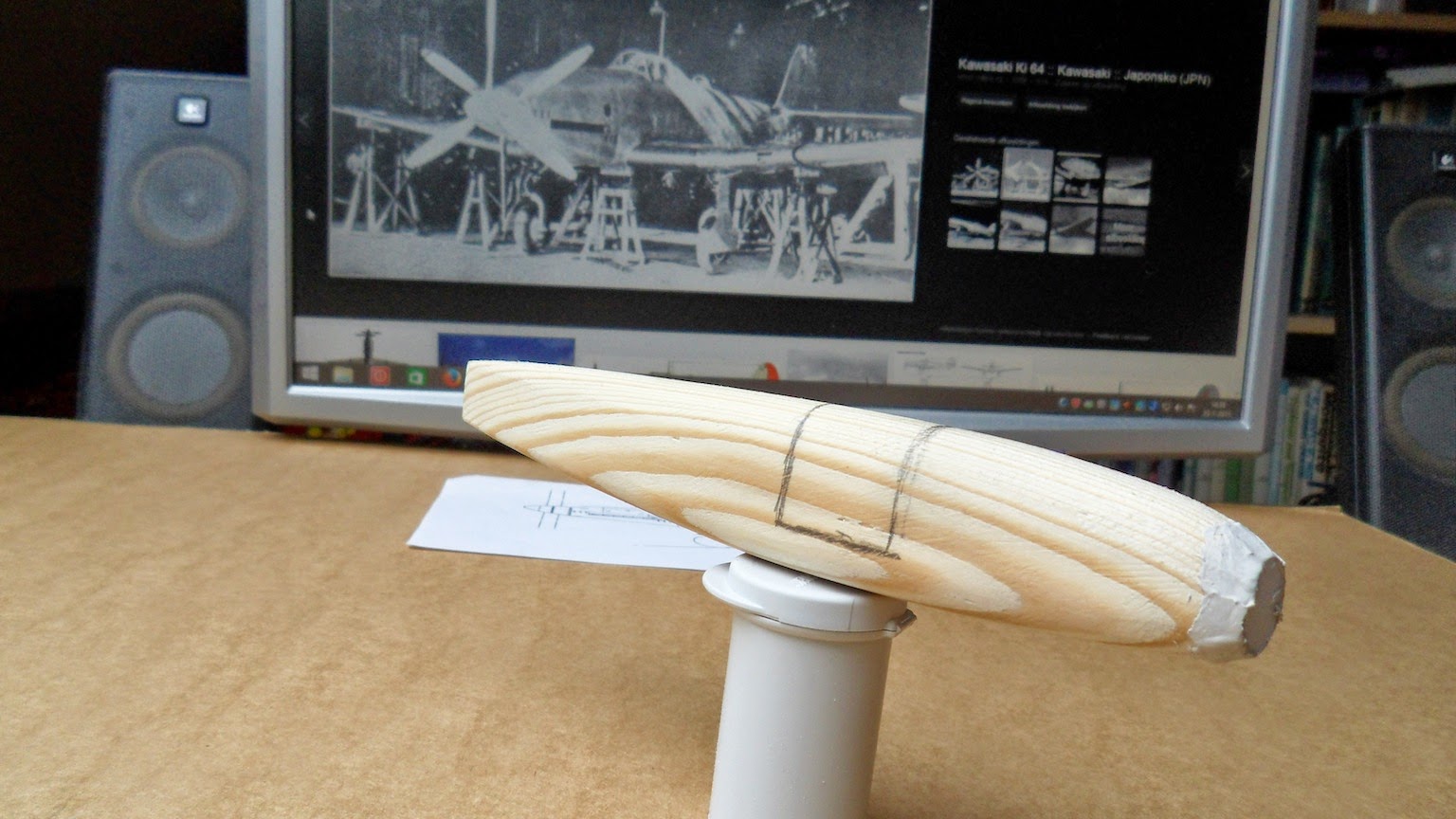 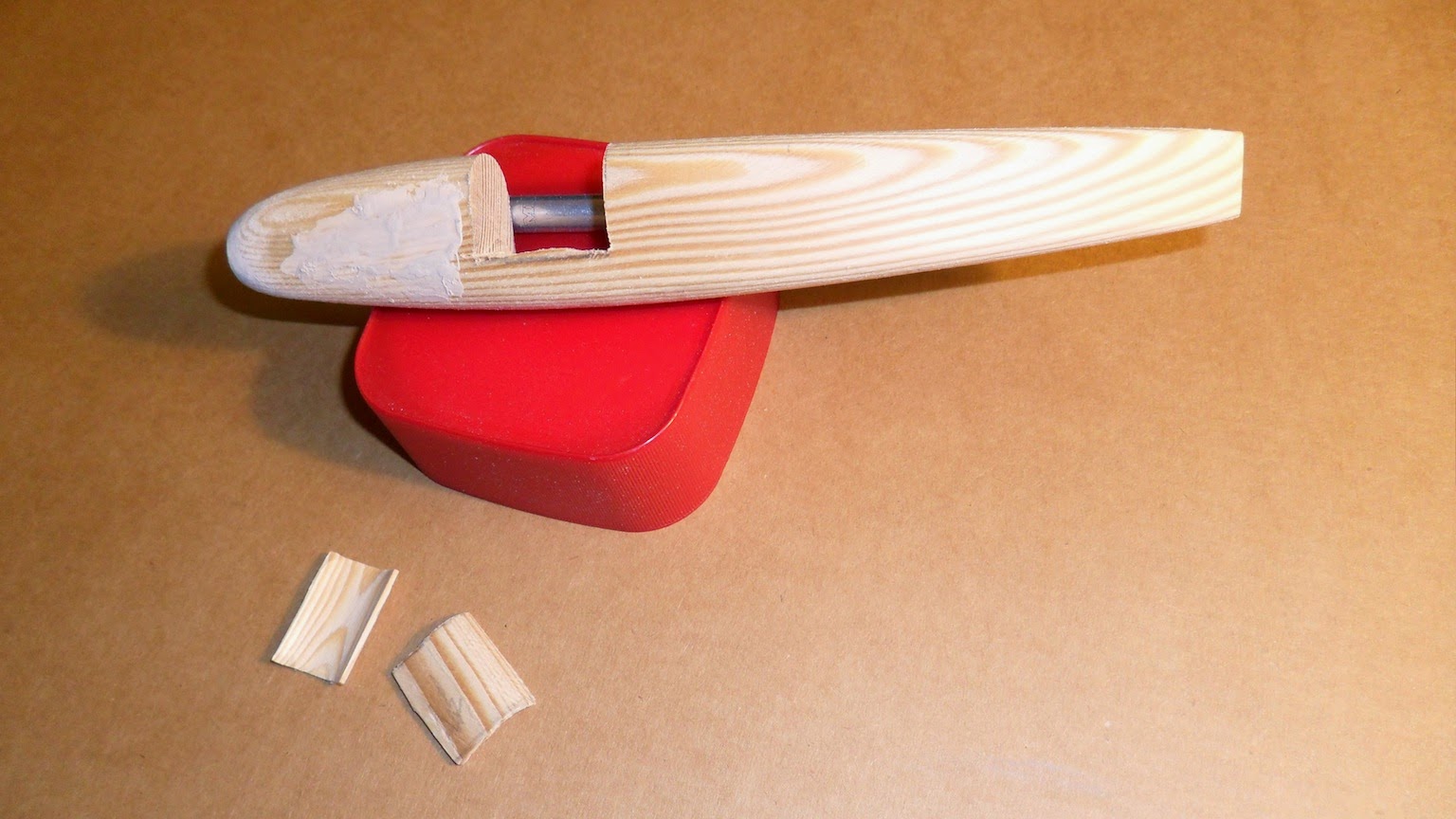 I share John's interest in this type and have previously struggled with both Czechmaster resin and MPM kits of the Ki-64 in 1/72nd scale, now languishing on the shelf of doom. In addition to the tandem engine and contra-rotating prop the design also incorporated a vapour-phase cooling system with steam condenser panels and outlets on the wing surface which increased the speed of the test aircraft (a Ki-61) by 25 mph during flight trials. This system circulated water under pressure to generate steam which passed to the condenser panels in the wings. 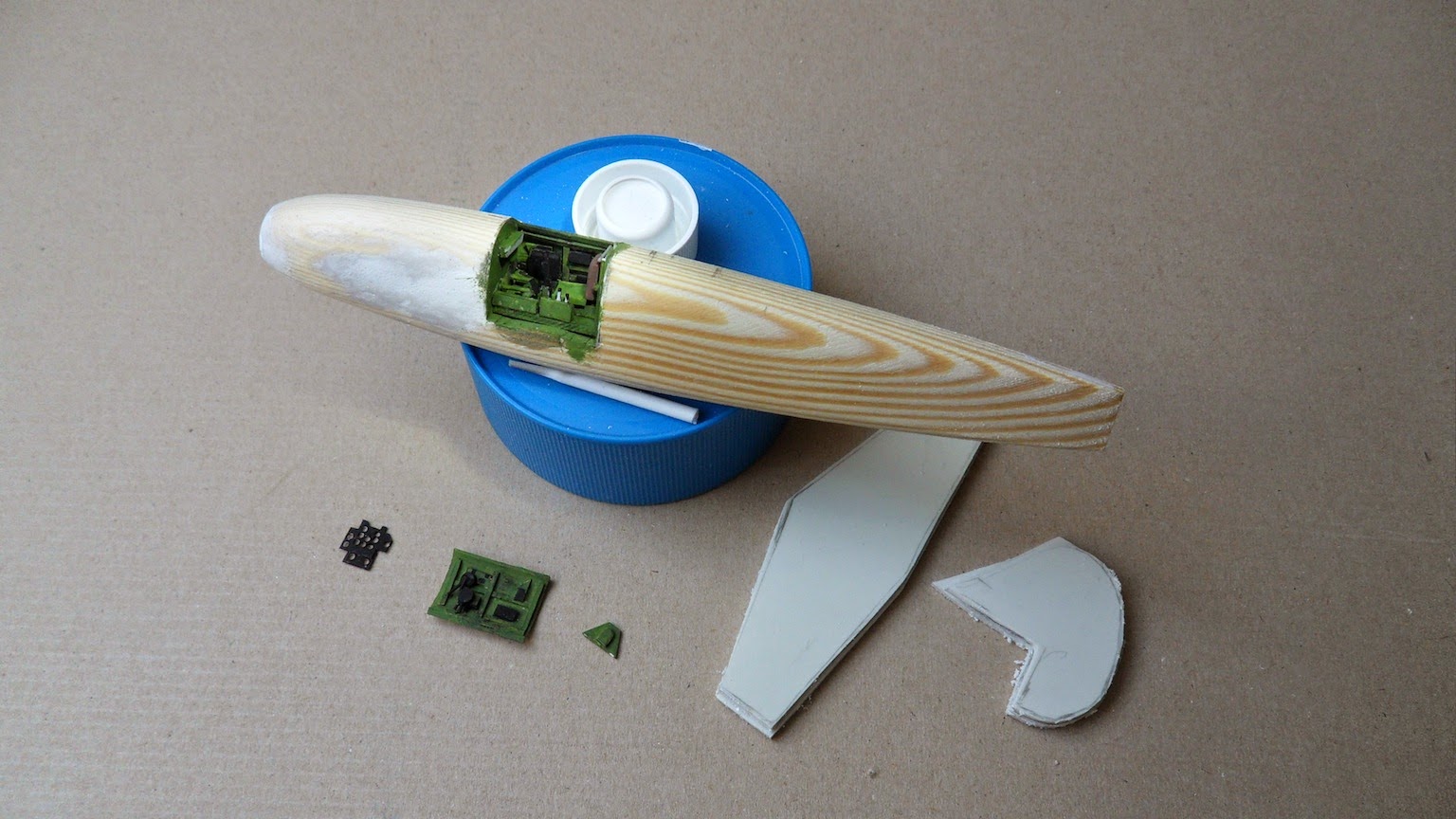 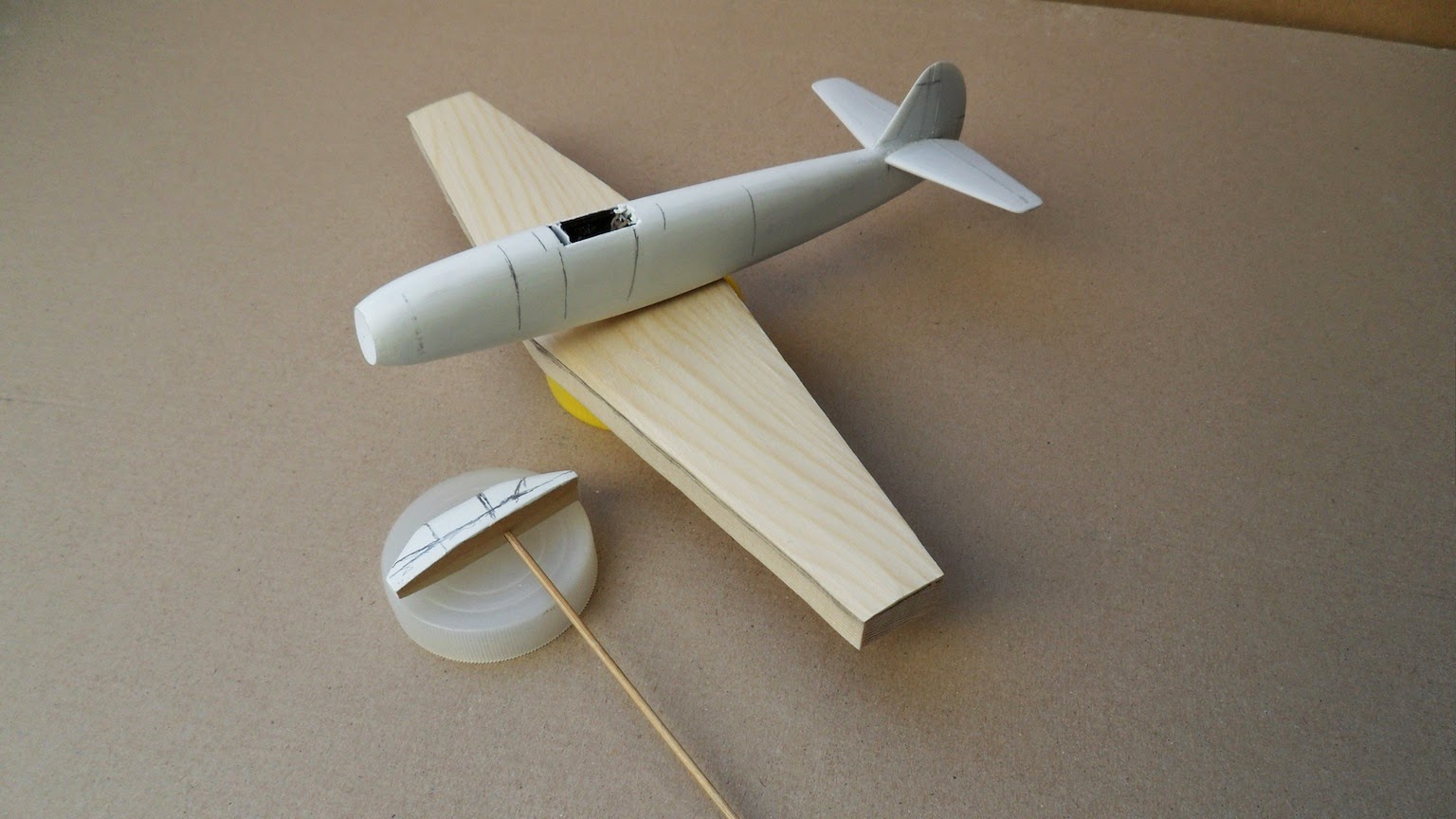 The Ki-64 was designated as an experimental high speed fighter (shisaku kousoku sento-ki - 試作 高速 闘機). Preliminary study for the project began in 1939 and after a hiatus was resumed in October 1940. Much work went into the development of the cooling system with testing of the equipment installed on a Ki-61 at Akashi during the summer of 1943. A prototype was completed by December 1943 but flying trials immediately produced problems with a serious oil leak from the rear engine on the fifth flight and numerous difficulties with the contra-rotating propeller mechanism. Curiously the design was allocated the Allied code name 'Rob' in the belief that it would eventually be encountered in combat but the project was suspended before completion due to the ongoing technical problems and war situation. During flight trials the Ki-64 achieved a speed of 437.3 mph at 16,400 ft and plans were in hand to increase engine capability to 2,800 hp in order to achieve a 500 mph top speed. 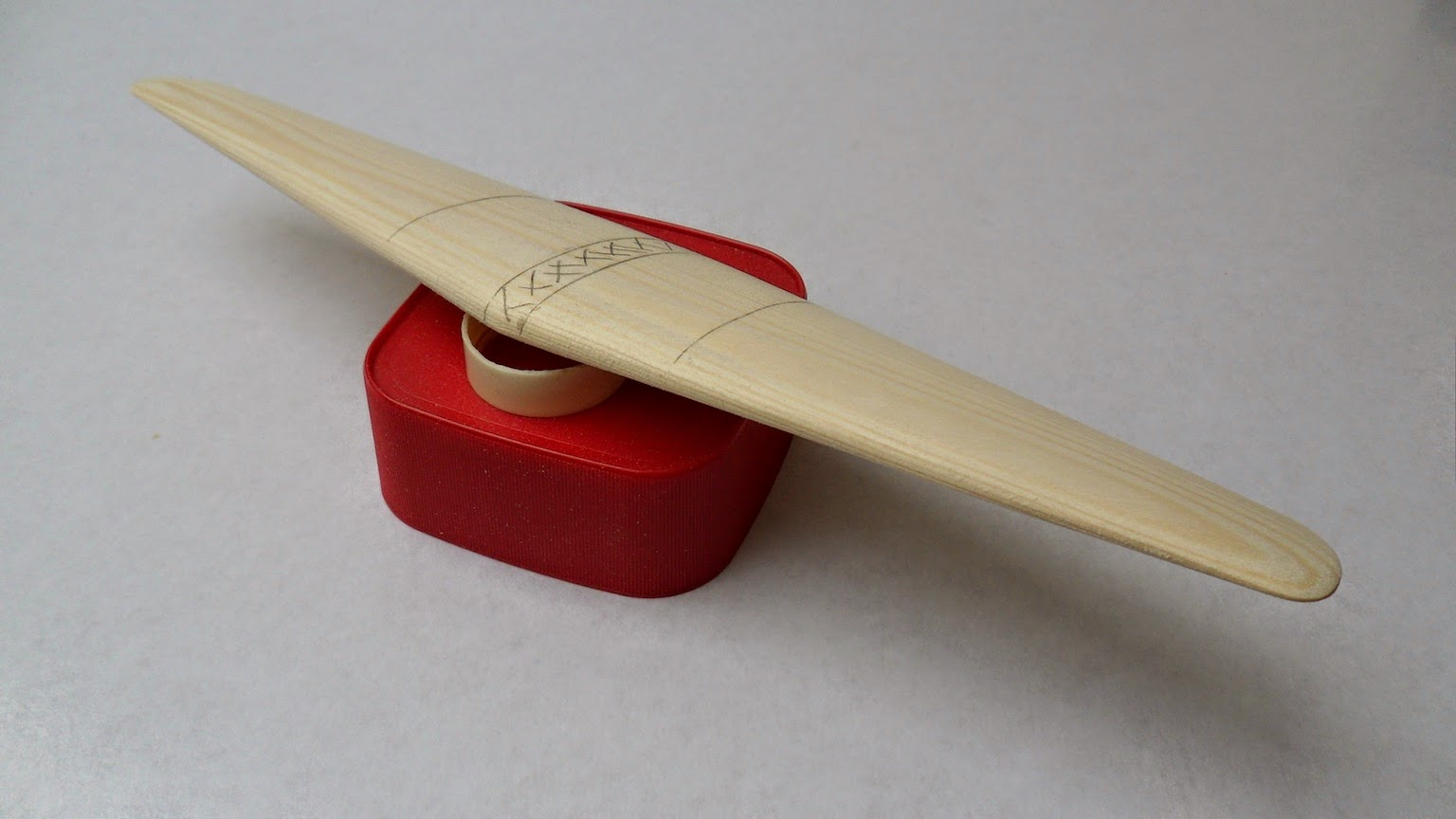 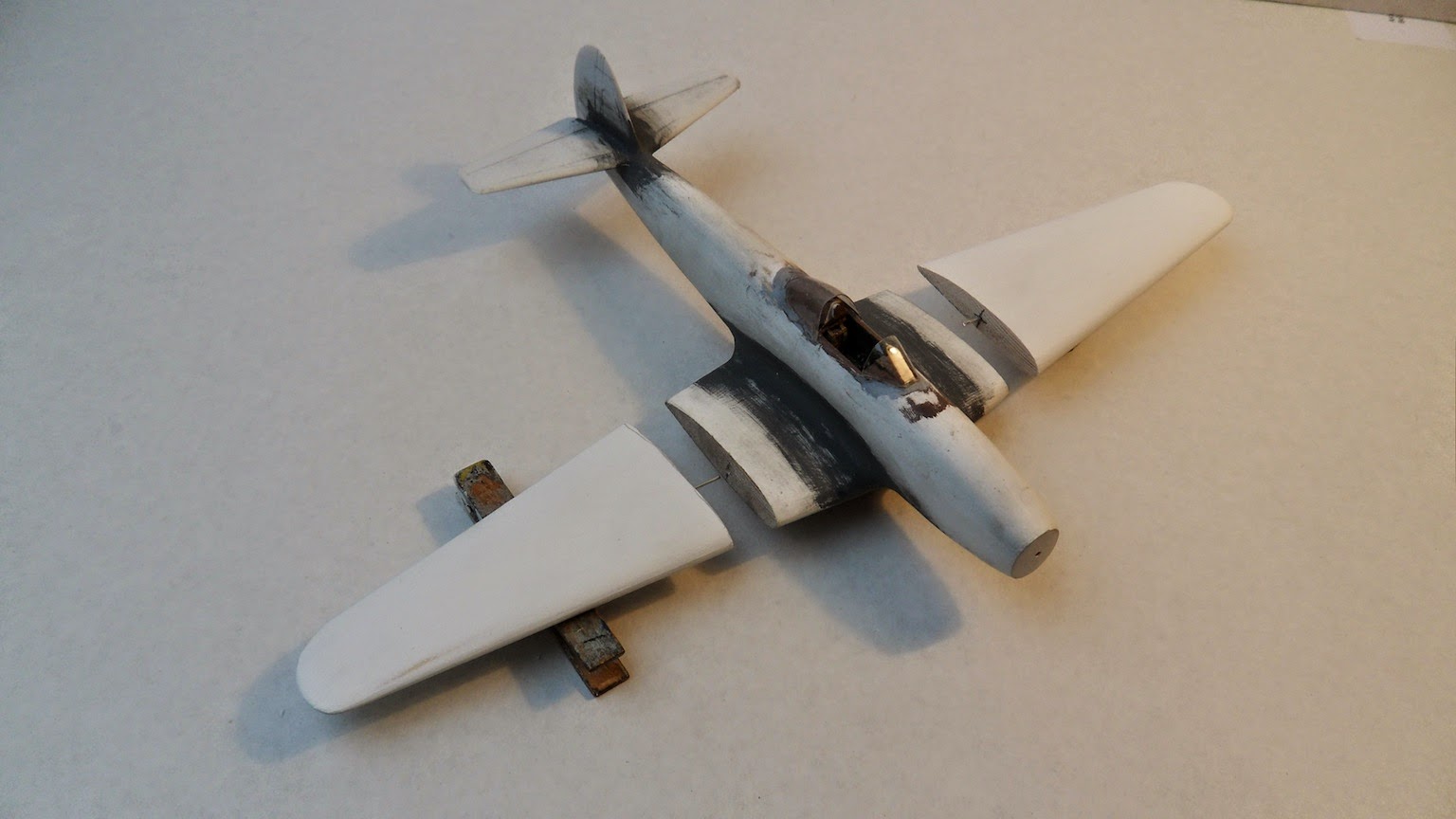 Armament was proposed to be a single Ho-5 20mm cannon in each wing and either two Ho-5 or two Ho-103 12.7mm machine cannon mounted in the upper cowling for synchronised firing. There was a parallel project but that's another story.  It could be said that the Ki-64 is a better proposition for a what-if fighter model than the Ki-78 so perhaps we might see a new 1/72nd scale kit one day!

Whilst on the subject of solid or scratch-built models, this Japanese club site dedicated to solid and scratch-built modelling is really worth exploring as there is a multitude of superb models on display, including many Japanese types. It is all in Japanese but fairly easy to navigate by clicking on the links to the left of the main page and the models themselves do much of the talking.

I greatly admire John's scratchbuilding skills and it's cool to see how he goes about it step-by-step.
As a digital scratchbuilder I can especially appreciate John's ability to make something as complex as an aircraft's fuselage symmetrically. I only have to model one half of a digital model and mirror it. And I've got Undos for when I make mistakes. John doesn't have this luxury (though putty is a good alternative!). Painstakingly crafting one half accurately is challenging enough, doing both is a skill not to be underestimated. Awesome work John and thanks for sharing your techniques with us here!