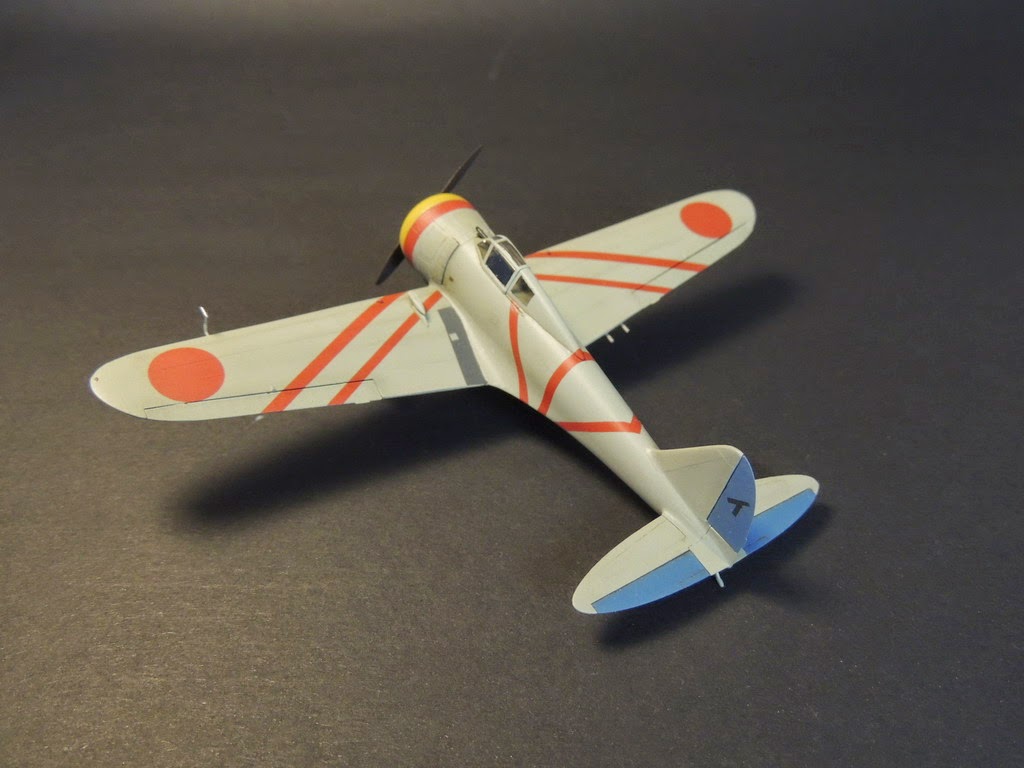 Maxim Gorbatyuk from Odessa in Ukraine first showed these images of his very cleanly built and colourful ICM Ki-27 Ko at Britmodeller and very kindly gave permission for them to also be shown here at Aviation of Japan. 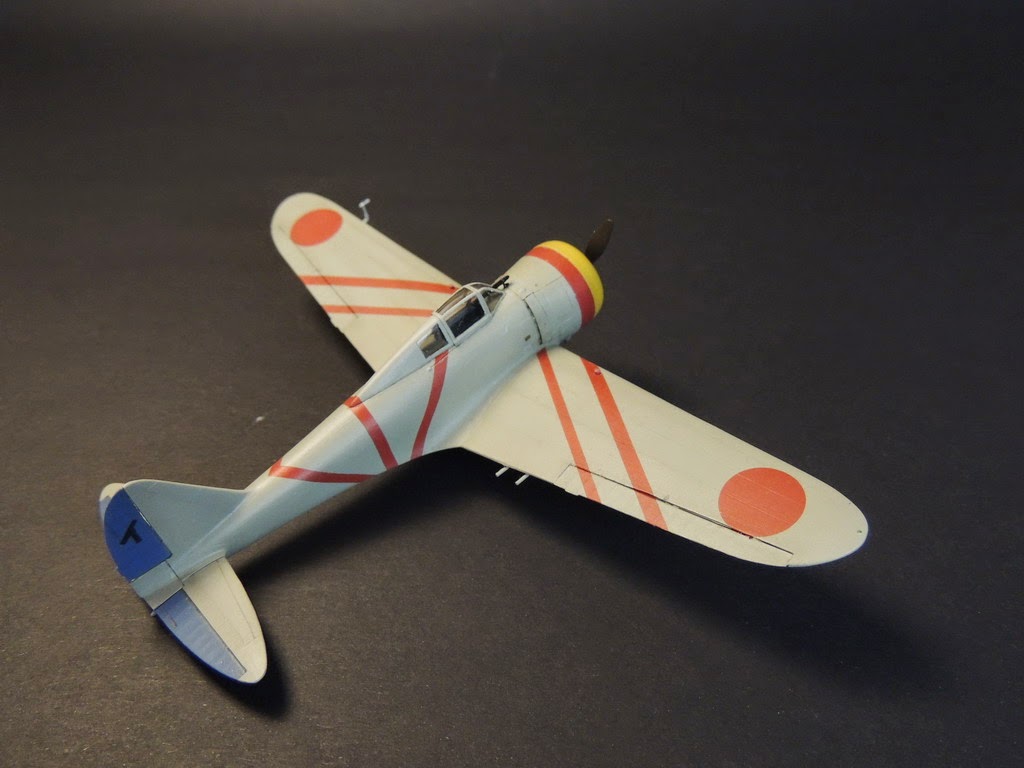 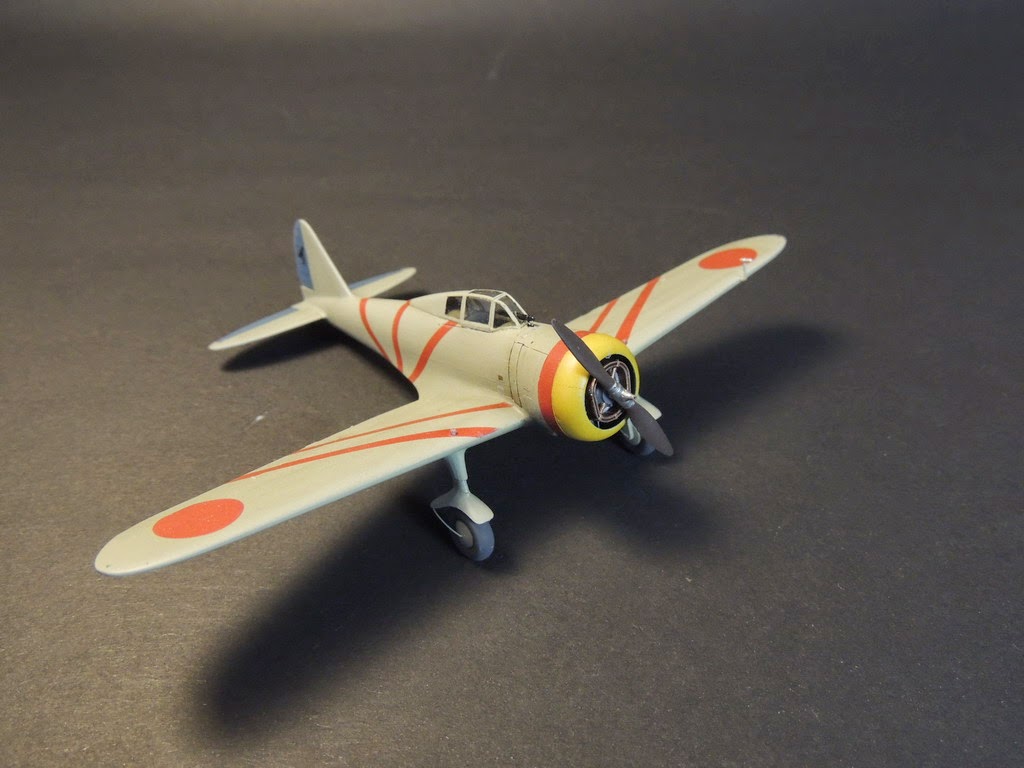 This model was partially assembled more than five years ago and then put aside for various reasons. The final assembly and painting was then undertaken as a weekend project to take a break from several more complex builds. The ICM kit provides a beautifully detailed engine with the option of displaying it exposed with open panels but Maxim dislikes stripped down models as he feels that the open panels spoil the overall apperance of the aircraft. His decision to display the engine panels and cowling closed up was the greatest challenge in the build as they needed to be extensively reduced to about half their thickness in order to accommodate the engine. Maxim fabricated engine push rods from stretched sprue and drilled out the manifold intakes and exhaust pipes. He also made the undercarriage mudguard supports from stretched sprue. 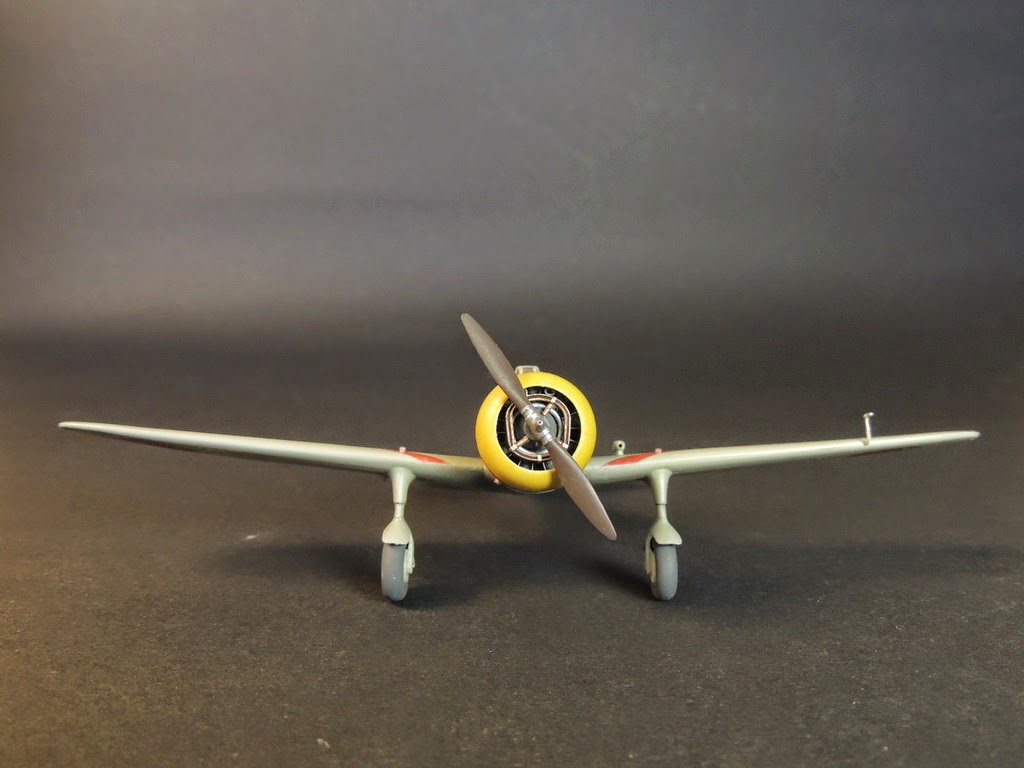 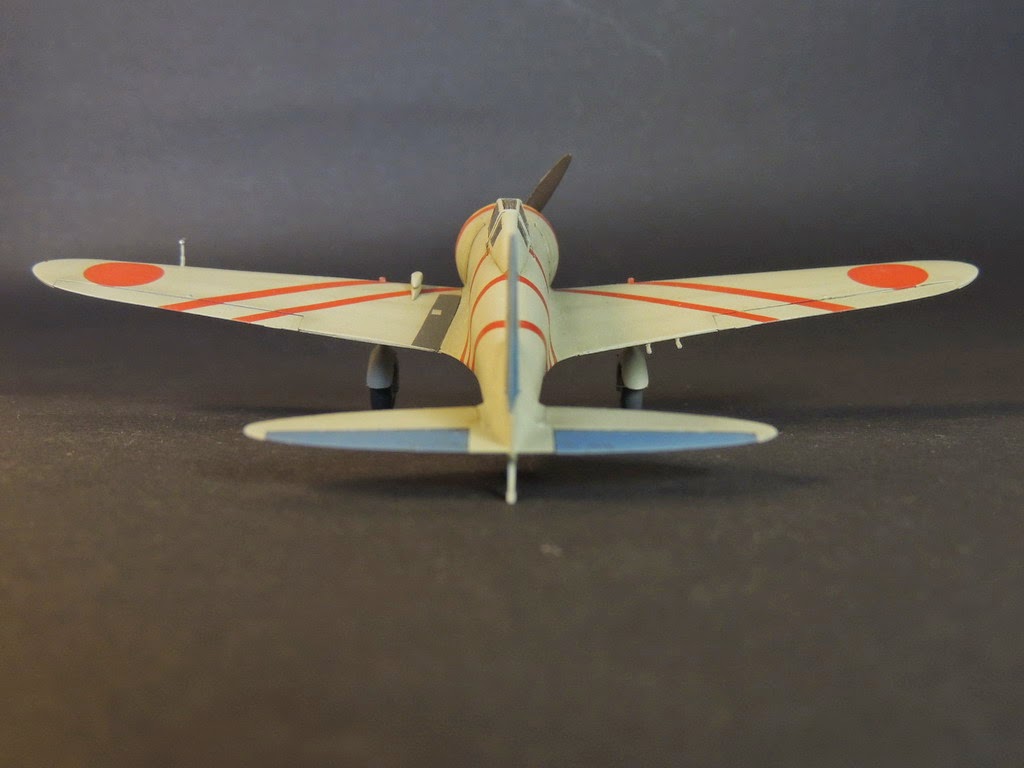 For painting Maxim used GSI Creos ('Gunze') Mr Color 56 Nakajima Grey-Green as the overall base colour. The ICM decals are poor in both quality and colour fidelity so Maxim used masks and his own home made stencils to paint the bands and Hinomaru insignia. Then light post-shading was applied with Mr Color 101 Smoke Gray, followed by slight shading and weathering with tempera paints, an "oil dots" technique and AK Interactive products. 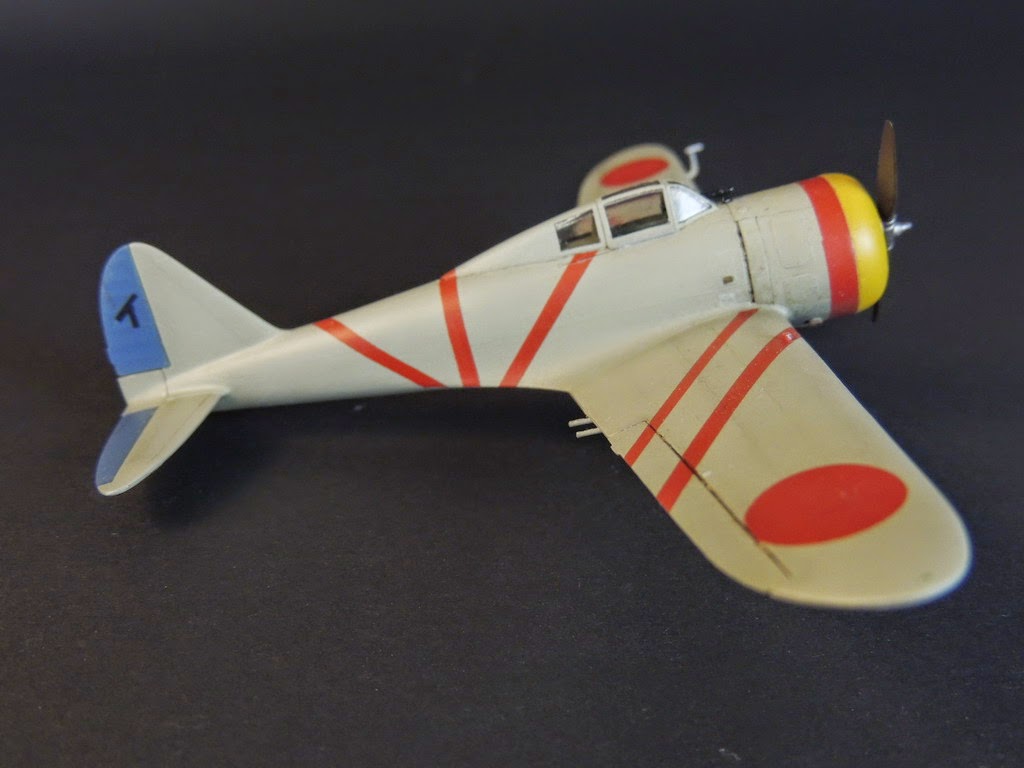 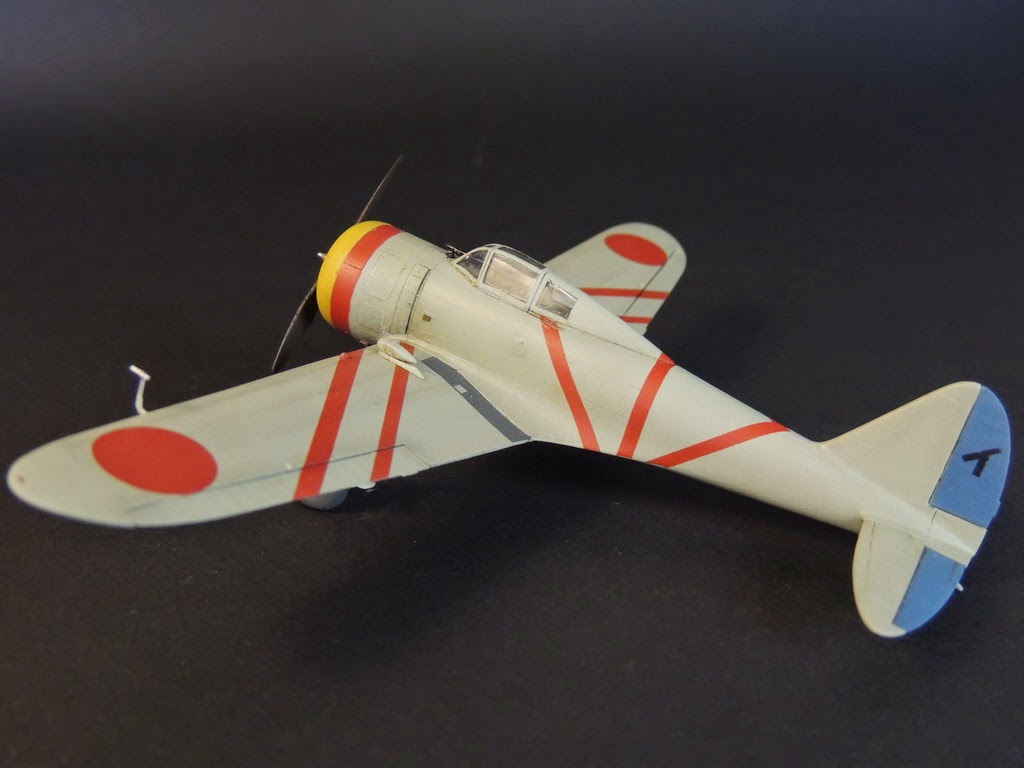 Maxim's model represents the aircraft of the 1st Hiko Sentai commander Lt Col Toshio Kato who has sometimes been confused with the famous 64th Sentai commander Maj Tateo Kato. His aircraft with its low pressure balloon tyres was photographed at Kagamigahara, Japan in June 1939 just before the unit went to join the fighting at Nomonhan. Sentai Commander Toshio Kato's period of air combat at Nomonhan was from early June to 12 July 1939. He engaged Soviet I-15's on 27 June and SBs and I-16s on 5 July when multiple claims were made for both. But many of the I-16s claimed by the Japanese 97-Sen pilots that day actually returned damaged. 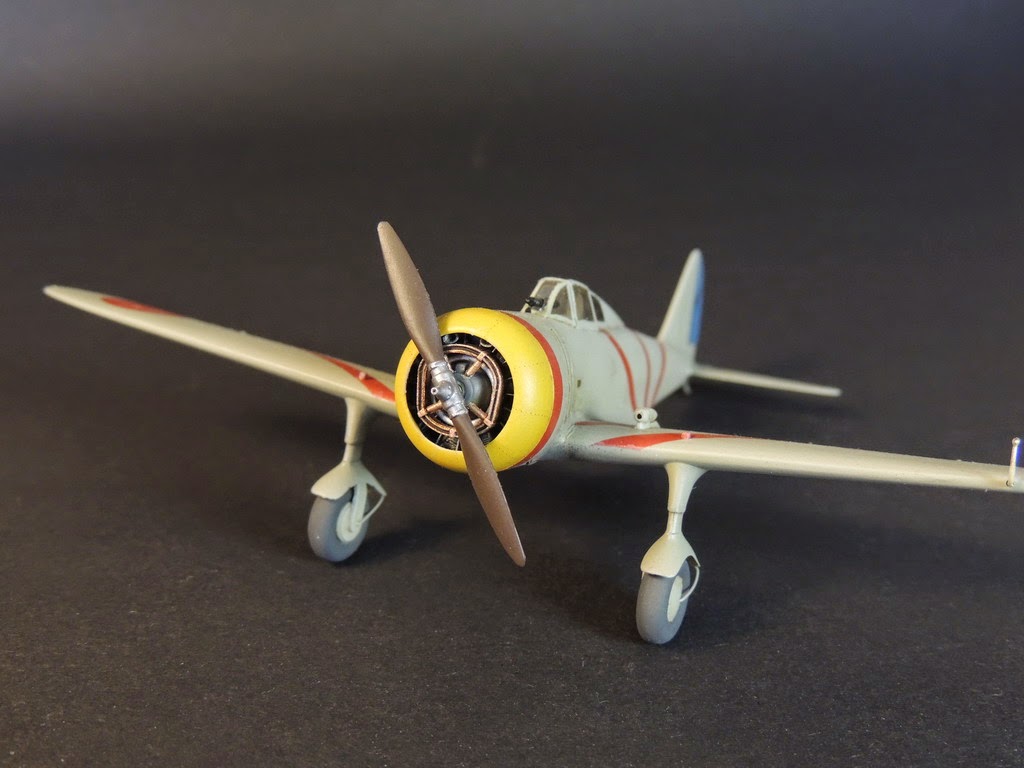 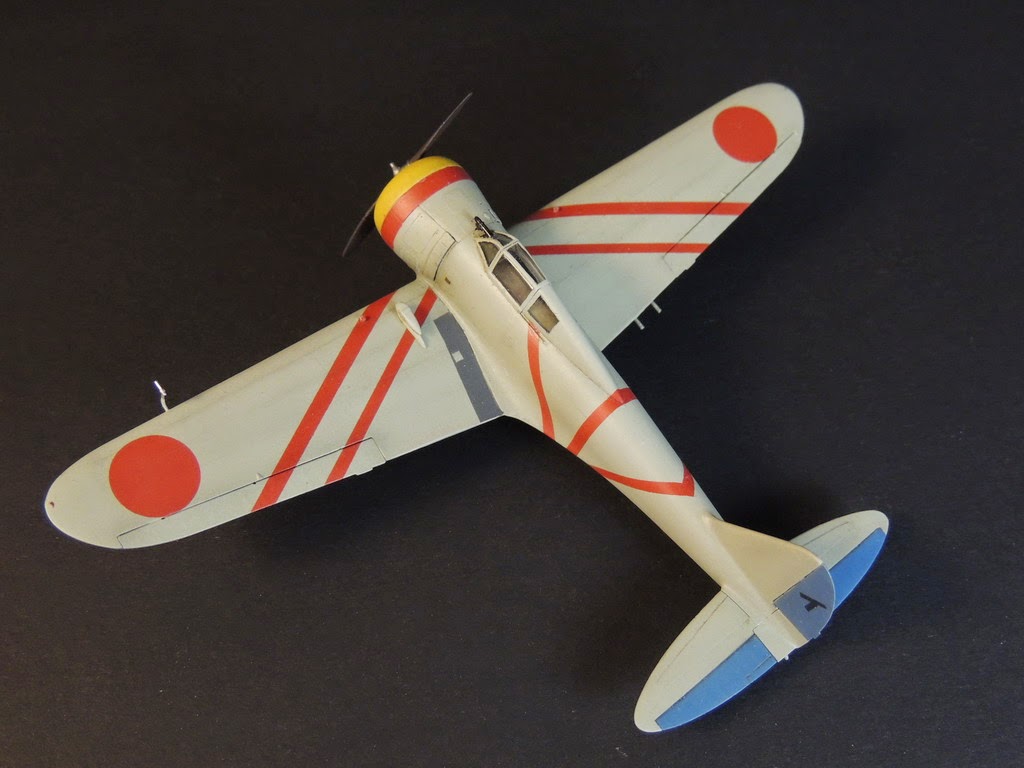 On 12 July Lt Col Kato was very badly burned when his aircraft was fatally damaged in combat and he had to bail out behind enemy lines. He was rescued by Sgt Toshio Matsuura who landed his Ki-27 near the fallen commander under fire whilst Sgt Maj Mitsuyoshi Tarui (who was to become a 28-victory ace) and Sgt Maj Muneyoshi Motojima (16 victories) strafed Soviet ground troops to keep them at bay. After his rescue Lt Col Kato did not continue as Sentai commander or appear in command elsewhere so it is presumed that his injuries were serious enough for him to be invalided home. Sgt Matsuura was awarded the Order of the Golden Kite (金鵄勲章- Kinshi Kunsho), 5th Class (below with medal ribbon) for rescuing his commander. 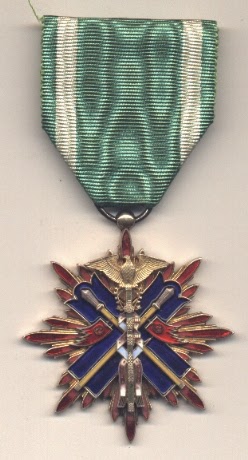 Toshio Matsuura later fought over Malaya, the East Indies, Burma and New Guinea, being promoted to Sgt Maj and achieving at least 15 victories before returning to Japan in 1943. He was killed in a flying accident on 2 December 1943. 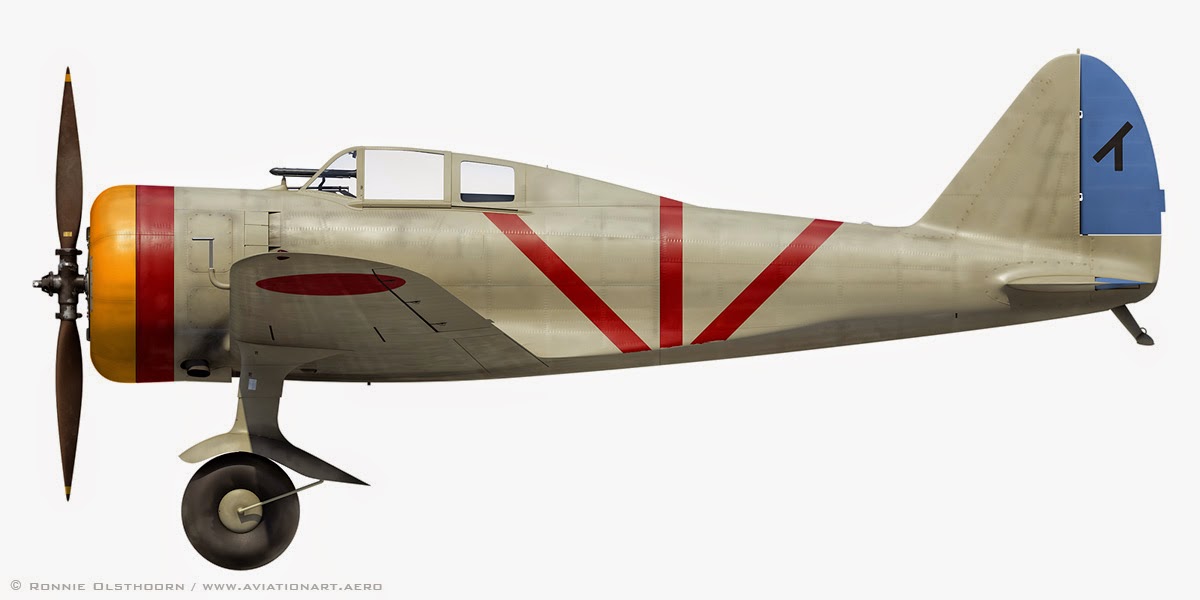 Lt Col Kato's distinctive Ki-27 is also the subject of a beautiful profile by Ronnie Olsthoorn which was not included in Osprey's Ki-27 Aces but is shown here with his kind permission. A print of this profile in two sizes is available from Aviation Graphic. 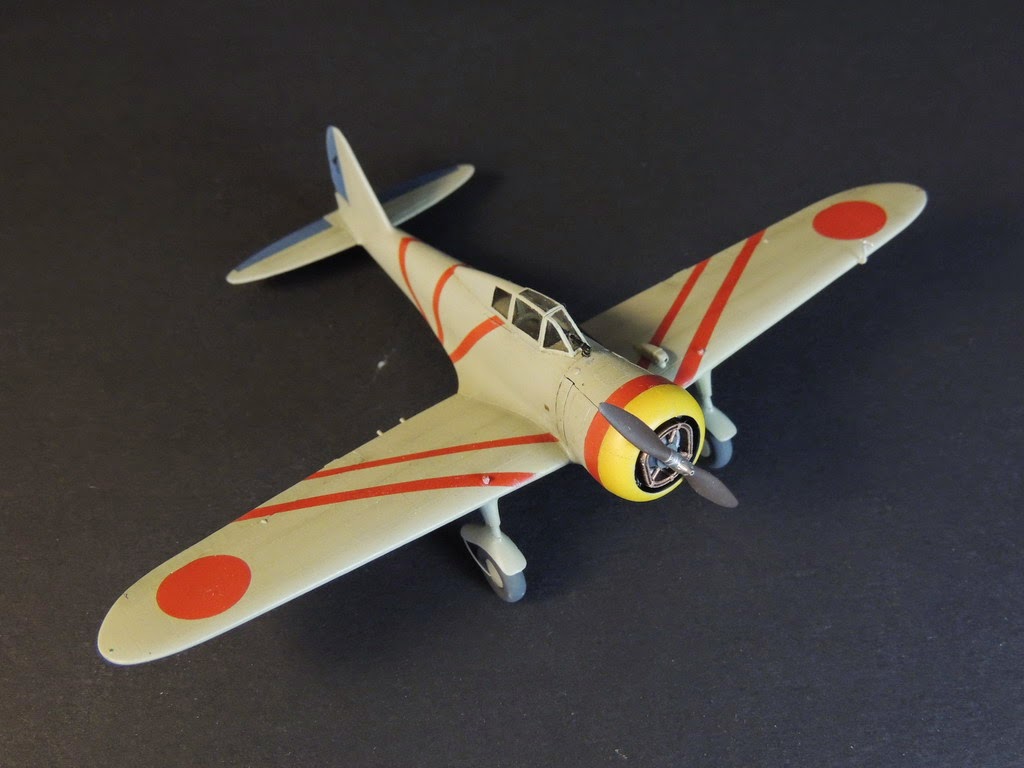 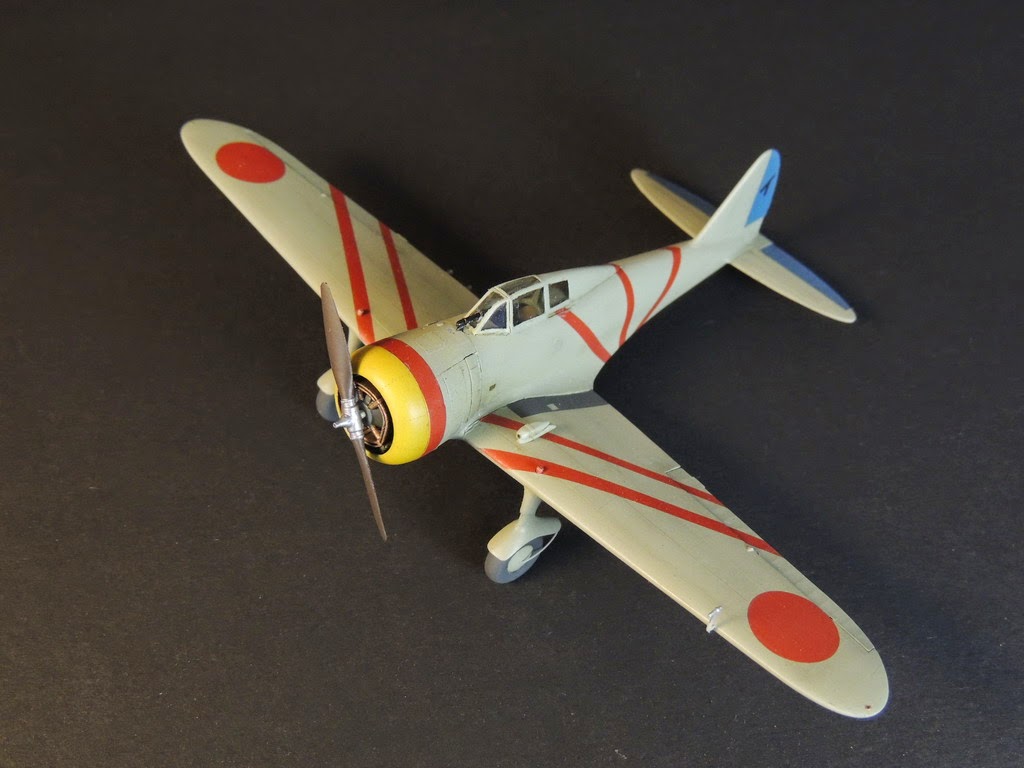 The 1st Hiko Sentai was the first aviation unit of the Japanese Army, originally constituted as the Koku Daitai (Air Battalion) at Tokorozawa, Japan in October 1915. The unit became the 1st Koku Daitai in December 1917 and the 1st Hiko Sentai in July 1938. It fought throughout the Second World War equipped consecutively with the Ki-27, Ki-43 Hayabusa and Ki-84 Hayate, and displaying the same simple unit insignia of the rudder and elevators painted in the Chutai colours. The 1st Hiko Sentai ended the war at Takahagi, Japan as part of the 12th Air Brigade defending the Eastern Air Group Area as part of the Mobile Air Defence Forces with 20 Hayate on strength. 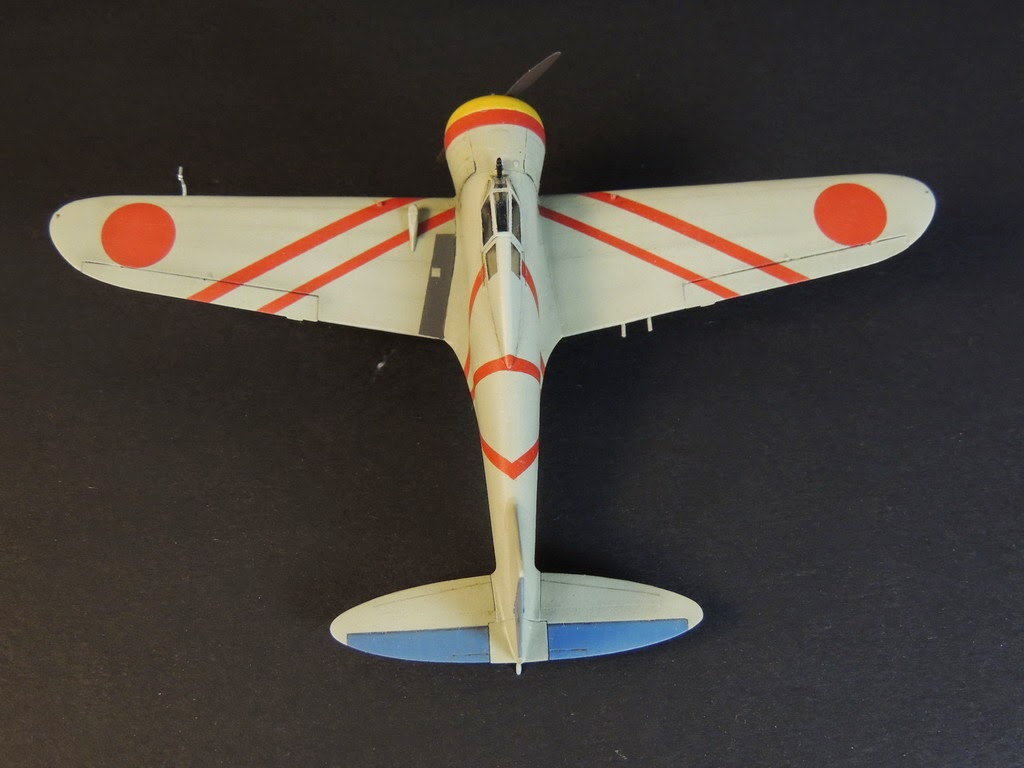 With special thanks to Maxim Gorbatyuk and Ronnie Olsthoorn for kindly allowing their superb creative work to be shown here.

This has really become your year to post sir!